Gianni Morandi at home after hospitalization: "I made a good escape" 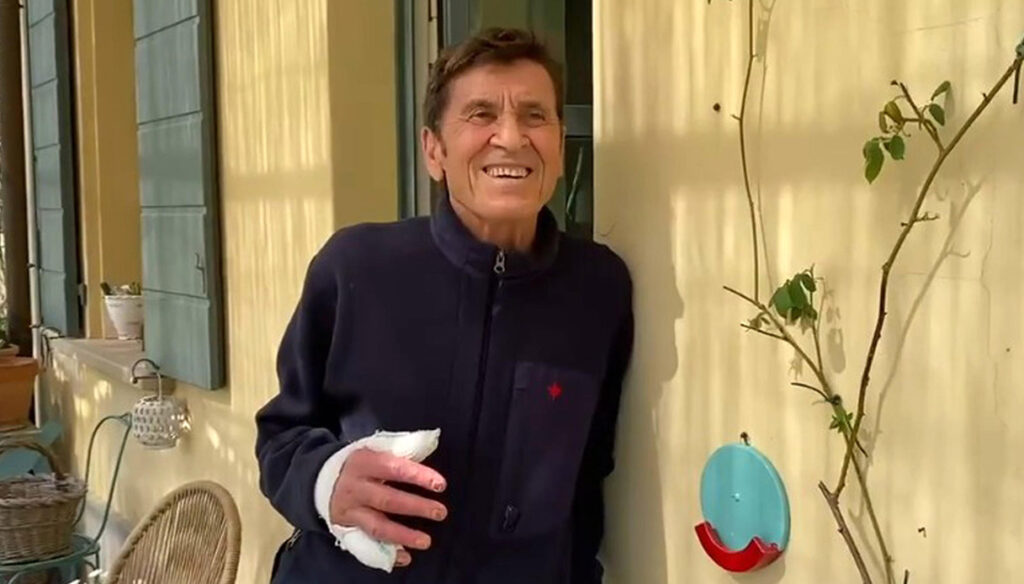 "In small steps I'm returning to a normal life". Thus begins Gianni Morandi in a new post on Facebook after hospitalization. The singer was discharged from the "Bufalini" hospital in Cesena, where the center for severe burns is located, after weeks of treatment for the bad burns he had caused himself due to an accident while he was burning brush in his home in Bologna.

For him a bad scare, as he repeatedly pointed out in his updates in which he confessed that he was all in all lucky. Because that's how he is, he always manages to look at the glass as half full. And in fact, even when he talks about pain and difficult rehabilitation, he always shows himself with a smile.

"Anna, my wife, helps me spring days, nature, music and the awareness of having had a serious accident but having escaped it, I risked much more serious consequences but someone from heaven put a hand on my head. I consider myself really lucky ”, he reiterates in the new post, accompanied by a video of him walking in the garden of his house, with his hand still partially bandaged from which the scars are evident. In the background Amare, the piece from The representative of the list presented at the last Sanremo Festival.

In fact, it is also through music that Gianni launches his continuous messages of positivity. In one of the previous videos he used Jovanotti's Lucky Boy as a background song, citing its title in the speech with which he told what had happened to him.

"Now I will have to face the battle to recover the use of the right hand which has been badly damaged, it will take a long time, I hope to make it", he writes, revealing that even behind his smile there is concern for that hand that has yet to recover, even if there is a strong awareness that it could have been much worse.

One last thought goes to all the people who have been close to him and they are so many: "Thanks to all the people who gave me strength and filled me with affection with messages, letters, telegrams, gifts, flowers and thanks to the great team of doctors, nurses, health workers of the Burn Center of the “Bufalini” hospital in Cesena who have assisted and treated me in a commendable way ”. Then the farewell, with a scream that could not be different: "Long live life!".