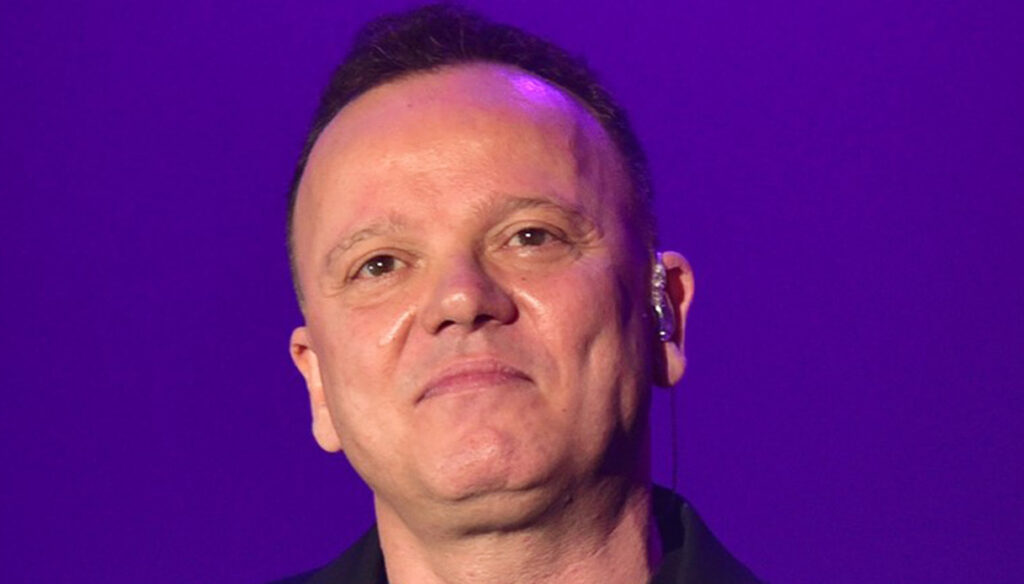 Although he tried to keep this love story as far as possible from the spotlight, now Gigi D’Alessio is no longer hiding: he and Denise are very much in love, and will soon become parents. Until now, the singer had preferred to keep silent, but in the past few hours he has released some statements about his girlfriend. And it is not difficult to read a little dig at Anna Tatangelo between the lines.

Gigi D’Alessio is experiencing a magical moment: he is in a relationship that is going well, he is about to become a dad for the fifth time and, in the professional field, satisfactions follow one another quickly. Intercepted at the airport on his way to Milan, the singer released some statements to Novella 2000. These are his first words about Denise Esposito, the young Neapolitan who stole his heart. Student and aspiring lawyer, with her beauty and intelligence she was able to win him over. And today she is pregnant.

“I become the father of my fifth child in January” – he declared with a touch of emotion – “Denise is a very sweet girl, we live together and we are happy in Rome. She also accompanies me to Milan, where I am recording The Voice Senior ”. For her he lost his head, in love like never before: “I’m very happy with my life with Denise, because unlike many other people she absolutely doesn’t want to appear. She is happy with her life and is very reluctant to meet journalists and photographers. She is very reserved and since I am a showman and an artist, I really appreciate this confidentiality and this not wanting to appear where perhaps others have wanted it “.

Impossible not to read in these words a dig for his historic ex. Could yours be a veiled accusation against Anna Tatangelo of having always loved notoriety? Certainly, the singer has never shown disrespect towards Gigi D’Alessio, even in the most delicate moments of their relationship – or in the period in which they are apart. Even after the final breakup, she had maintained an enviable composure (also for the sake of their child, Andrea). However, in a long outburst to Verissimo she had declared herself disappointed at having learned only from the newspapers that Gigi was about to become a father again.

Denise only met the Neapolitan singer in the summer of 2020, when she participated in one of his shows in Capri. It seems that between the two it was a real love at first sight, so much so that only a few months passed before both made the introductions to the family. Gigi D’Alessio, perhaps tired of the many chatter he has always had to endure about his love life, this time he had decided not to discover his cards immediately. Indeed, for a long time he managed to protect his romance with young Denise.

Slowly, however, the first social photos appeared. And her tummy could not be hidden anymore: soon the singer will welcome his fifth child with joy, and now it was time to come out. His first words for Denise are very tender, a sign of a love that overwhelmed him unexpectedly.