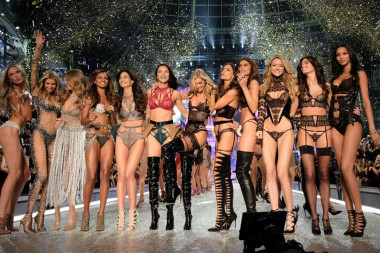 The Angels of Victoria's Secret are too thin

Gigi Hadid, the most sought-after model of the moment, has been ill for two years: she suffers from Hashimoto's thyroid. She herself confessed in an exclusive interview with Elle America: "I have Hashimoto's thyroid, a thyroid disorder. I have been dealing with this disease for two years now and for this reason I try to train in the right way so as not to lose too much weight and have all the muscles in the right place ”.

The news shocked both fans and colleagues in the fashion world. Also because Gigi, Angelo of Victoria's Secret, has been repeatedly criticized because of his body. In 2015 she was accused of being too fat, despite having a size 40. Shortly afterwards, on his profile, Instagram had appeared some photos where he looked almost skeletal, so much so as to arouse the concern of the followers.

Now these sudden changes in weight become understandable. Hadid has a health problem that changes her metabolism. The top model explains:

My metabolism has changed absurdly over the past year. This is why I am very careful not to lose too much weight.

Often the Victoria's Secret models are so thin that their photos need some retouching with Photoshop to make them more curvy. In the case of Gigi it is not an excessively strict diet, but a thyroid disorder that leads to a slowdown in its functions. The disease manifests itself in different ways: irregularity of the cycle, loss of hair and hair, states of anxiety and depression.

Even Gigi's sister, Bella Hadid, some time ago confessed to being sick. You have contracted Lyme disease.