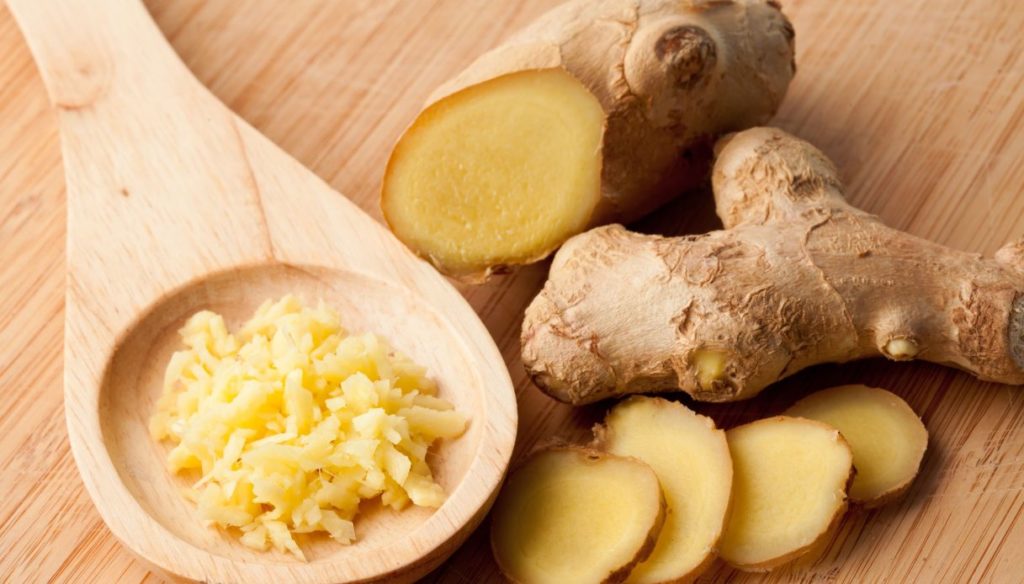 Ginger is a superfood that should never be missing from the pantry. Discover all its properties for well-being and health

Ginger is a spice with many and various uses and is increasingly present in the diet of Italians. It is, in fact, a food now defined in all respects as a superfood, or a food with unique and beneficial properties for health.

What it is and nutritional values

Ginger is a herbaceous plant that is part of the Zingiberaceae botanical family. It is a fairly large root that is eaten both fresh and dried.

Ginger is grown mostly in India and China, as it loves hot and humid climates but, with care, it can also be cultivated in pots on the terrace (protecting the plant from the cold).

Ginger root is consumed without peel and, compared to its caloric count, 100 grams of ginger provides about 80 kcal – it must be said, however, that it is rather unlikely that you will consume such a quantity of ginger in a short time.

As for the supply of vitamins and minerals, ginger is a source of magnesium, potassium and phytosterols but, above all, of its wondrous active ingredients: gingerols, essential oil (zingiberene), mucilage, resins and shogaoli. The latter are phenolic components – with antioxidant and anti-inflammatory power – of the ginger rhizome and are, from a health point of view, even more beneficial than gingerols.

Ginger for the stomach: anti-nausea and vomiting

One of the most common and effective uses of ginger root is in the treatment of manifestations related to digestive difficulties, gastroesophageal reflux, nausea and vomiting.

For this reason, under medical supervision, ginger can also be used in pregnancy to counteract the characteristic nausea of ​​the first trimester. But not only: according to some scientific evidence, ginger is also a very useful ally for those who follow aggressive pharmacological therapies for the digestive system such as, for example, chemotherapy (Effect of Ginger on Acute and Delayed Chemotherapy-Induced Nausea and Vomiting; Yunes P et al – 2012).

To obtain benefits on the grastric mucosa and on nausea, ginger can be consumed in the form of dry extract (tablets that can be purchased in herbal medicine but also in pharmacies and parapharmacies). Or you can use the classic infusion or, again, pieces of fresh ginger in purity. In the latter case, however, it is necessary to have taste buds accustomed to this type of pungent flavor.

Another exceptional use of ginger concerns its preventive and curative application on the symptoms related to colds typical of the winter period.

In fact, ginger root is excellent for the prevention and treatment of sore throats, to feel better in case of severe cold and to calm coughs. The credit for this action goes to its active ingredients, especially the shogaoli and mucilages (excellent for calming persistent cough).

In this case, to get the best effect, you can consume an infusion of hot ginger (a real treat) several times a day.

How is ginger decoction prepared?

You can start from both fresh root and dried powder (or even use ready-made sachets).

To obtain the desired benefits, however, it is advisable to start from the fresh root. Just peel it (remove only the outer rind) and cut a small piece. The latter will be placed in a saucepan of cold water and left to simmer for about 10 minutes from the moment of boiling. Finally, the piece of root will be removed from the water (which can also be reused if desired in a vegetable soup) and the decoction will be consumed.

To increase the emollient effect of the drink, it is suggested to sweeten everything with a little chestnut or lavender honey and add, if desired, some organic lemon peel.

Does ginger make you lose weight? No, the root does not magically make you lose weight just as there are no purely "slimming" foods in nature but, in the context of a lifestyle based on daily physical activity and a balanced and low-calorie diet (preferably under the supervision of a doctor or a nutrition specialist), can promote both the slimming process and the drainage of fluids and toxins. The root, in fact, is thermogenic or is able to make the body produce more heat. This process awakens the metabolism and helps in weight loss.

According to a study by the Institute of Human Nutrition, then, ginger would also help keep nervous hunger under control and attack adipose tissue.

The gingerol and shogaols (specifically the 6-shogaol component) contained in ginger, in fact, would help slow down the absorption of sugars into the blood and, therefore, keep blood sugar under control.

Ginger as an anti-inflammatory and pain reliever

According to numerous researches, the active ingredients contained in ginger have a strong anti-inflammatory effect. This type of action would prove beneficial both to counteract muscle and joint pain, for example during menstruation or in those suffering from rheumatism, and to generally decrease the level of inflammation of the body.

Hence, the various studies that are evaluating an antitumor action of the root. Perhaps the best known study in this respect is the one published in the British Journal of Nutrition (dr. Aneja and team, https://pubmed.ncbi.nlm.nih.gov/21849094) which highlighted the reduction action on the proliferation of cancer cells exerted by the active ingredients of ginger. In particular with regard to cancers of the breast, prostate and cervix.

Although ginger is a superfood, there are some cases in which it is better to avoid its consumption or reduce it drastically. For example, if the mucous membrane of the stomach or intestines are already very irritated, it is good to calibrate the doses of ginger well since the latter could have the opposite effect to the desired one, that is to increase heartburn or cause dysentery.

Even in pregnancy it is necessary that ginger is taken only and exclusively at the doses decided and calibrated by the caregiver and never through do-it-yourself: although an ally in pregnancy nausea, ginger in excessive doses can have counterproductive effects.

Finally, in the most sensitive subjects, ginger can cause irritation especially at the level of the mucous membranes.