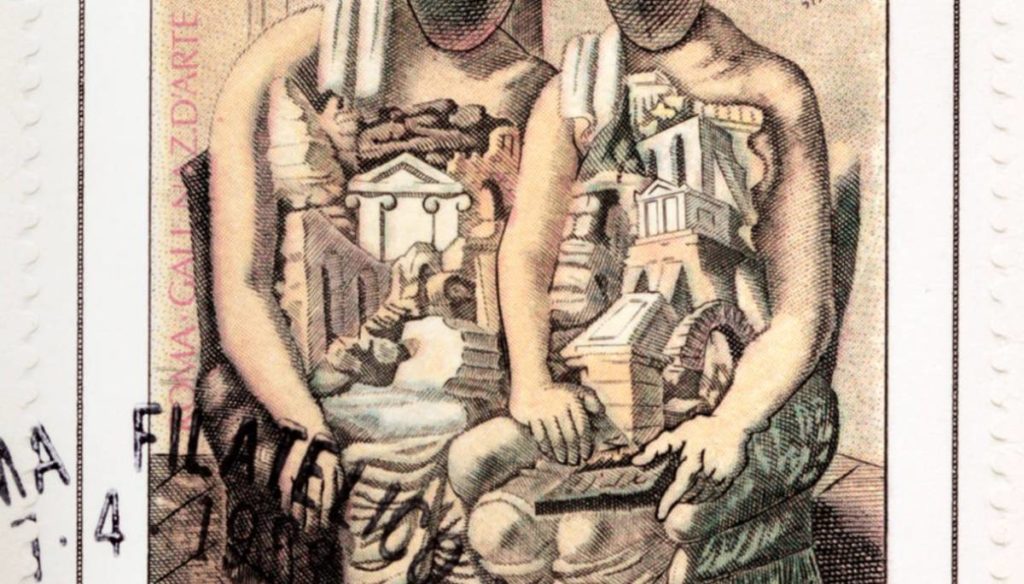 The painter Giorgio de Chirico is one of the main exponents of the artistic current of metaphysical painting; let's retrace his biography, full of curiosities.

Giorgio de Chirico is a painter and Italian, known for his enigmatic and visionary paintings, inspired by classical architecture in a metaphysical key.
De Chirico was born in Greece, to Italian parents and from the early years of his life he showed his passion for drawing, so that in 1906 he moved to Munich to attend the Academy of Fine Arts.

During the years of the Academy, he became passionate about reading Nietzsche and Schopenhauer, two philosophers who greatly influenced his thought and his paintings. In 1910, he painted his first work, "Enigma of an autumn afternoon", a visionary painting characterized by the recurring theme of the empty squares. The theme of the "metaphysical squares" is a distinctive feature of De Chirico's painting, which paints squares completely devoid of human presence, where he places apparently absurd elements such as mannequins, busts and columns of classical inspiration.
During the French period, De Chirico came into contact with Pablo Picasso and the philosopher Guillaume Apollinaire, and devoted himself to the series of iconographic paintings of the Mannequins, forms without personality but with strongly mysterious characters.

In 1917, after meeting with the futurist painter Carlo Carrà, Giorgio de Chirico began the theory of metaphysical painting: the interpretation and analysis of a different reality, starting from known elements that turn into incomprehensible puzzles and mysteries. In the years 1915-1918, De Chirico made his most famous paintings: "Hector and Andromache" and "The disturbing muses"; in these paintings the protagonists are faceless mannequins that inspire a sense of loneliness and melancholy, feelings that shine through throughout De Chirico's work. Starting in 1925, De Chirico's painting focused on the search for light and archeology, creating masterpieces such as "Archaeologists" and "Horses by the sea".

Giorgio de Chirico, with his metaphysical works, is considered the father of Surrealism, a current that favors the representation of the author's thoughts at the expense of objective reality. De Chirico, an independent and autonomous personality, does not accept being framed in the surrealist current and departs from it, breaking relations with other surrealist exponents.
During the fascist period, he moved to New York where he exhibited his works, and began collaborating with some fashion magazines (Vogue, Harper's Bazaar).
The last period of his life is called Neometaphysics, for the reworking of some subjects such as the Mannequin and the Archaeologists in a more serene and less disturbing perspective.

Giovanna Pirri
4178 posts
Previous Post
The moment we become parents of our parents. And to protect them, it's us
Next Post
Arfid, what is the picky child syndrome