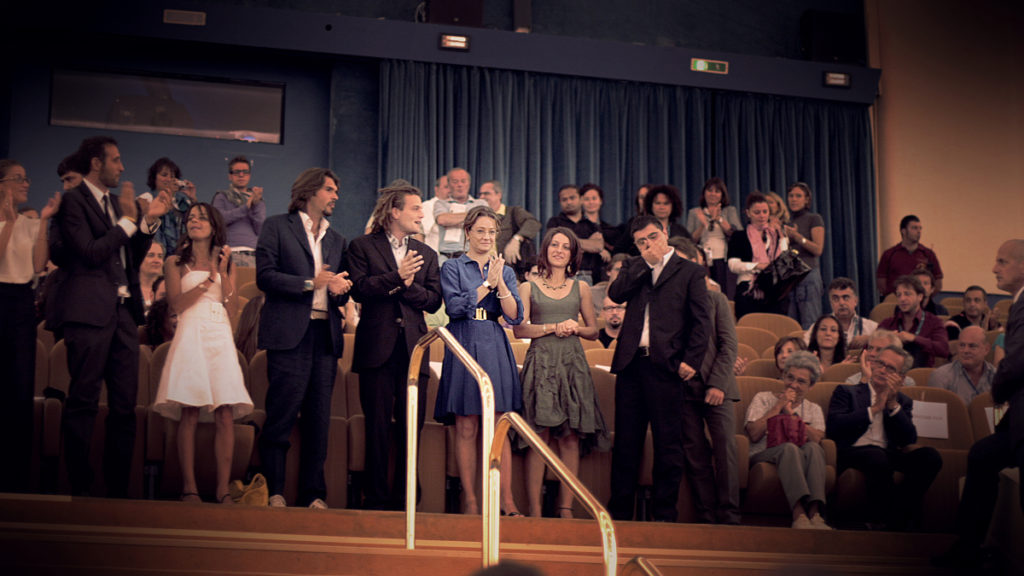 Giovanna Mezzogiorno is an important actress within the Italian film scene, here are some useful information and curiosities about life and career

Giovanna Mezzogiorno was born on 9 November 1974 in Rome. It is a famous actress who, thanks to her strong talent, has been particularly loved and appreciated by all the Italian public. Giovanna Mezzogiorno collaborated on the film The Last Kiss, The Beast in the Heart, The Window in Front, Love Returns, Palermo Shooting, Love in the Time of Cholera and Winning. He has also collaborated for TV series including La monaca di Monza, I miserabili and Virginia. Her success and notoriety led her to win various awards including the Volpi Cup for best female interpretation for the Venice International Film Festival thanks to the film The Beast in the Heart. He also subsequently won a David di Donatello, four Silver Ribbons, 3 Gold Globes and two Gold Ciaks. Over the course of her career, Giovanna Mezzogiorno has been nominated for Best Actress by the American Society of Film Critics Awards association.

The actress is known for being a real daughter of art. The father was the actor Vittorio Mezzogiorno and the mother is the actress Cecilia Sacchi. Giovanna Mezzogiorno's grandfather also played a key role within the big screen as he was a film critic, or the well-known Filippo Sacchi. Giovanna, already during her young age, discovered her strong passion for acting and the world of cinema. He therefore decided to undertake acting studies and at the same time devoted himself to his employment in Paris. Specifically, the actress collaborates within the theater laboratory of the famous director Peter Brook. The latter was a friend and teacher of the actress's father. In 1994 Giovanna Mezzogiorno had to face one of the most difficult moments of her life, namely the death of her father who died of a cardiac arrest. The actress began to gain notoriety early in her career when she starred in the theater as Ophelia in Qui est là, a work by British director Peter Brook. A few years later he made his debut on the big screen with Sergio Rubini's film, The Journey of the Bride. With this film Giovanna Mezzogiorno gets the Flaiano Prize as she is classified the best female performer.

Following this important turning point, he collaborates for the film Del perduto amore alongside Michele Placido and also in the film Lighter is not enough. A few years later he joined the international cast of the show I miserabili, particularly followed and appreciated by all the Italian public. Even during this period of her career, Giovanna Mezzogiorno's talent does not go unnoticed and the actress quickly becomes a true symbol of the Italian film scene. Also in the same period he collaborated in the film All knowledge of the world, playing the role of Giovanna. Subsequently, in 2001, a real turning point took place within the career of the actress with the release of the film The Last Kiss by Gabriele Muccino alongside actor Stefano Accorsi. This film immediately achieved extraordinary success until it became a real boom on the big screen. It is in fact one of the most loved and appreciated films by all the public, capable of arousing very strong emotions thanks to the talent of the actors, the direction and the whole cast.

The success is so great that Giovanna Mezzogiorno becomes a real established star in the world of cinema. In 2002 the actress dedicated herself to an important and at the same time rather complex new part, namely that of a young TG3 journalist who died during the war in Somalia due to unknown circumstances. But the actress Giovanna Mezzogiorno does not give up and here too she managed to demonstrate all her strong talent in the role of Ilaria Alpi up to obtain the Nastro d'Argento for best leading actress. Furthermore, the collaboration of Mezzogiorno for the film dedicated to terrorism The first line alongside Riccardo Scamarcio has not gone unnoticed. She was also a producer and narrator in the documentary film Nei occhi, dedicated to her father's career and life. During the shooting of the film Lighter is not enough in 1998, Giovanna Mezzogiorno met the actor Stefano Accorsi and love was born between the two. Stefano Accorsi was in fact the companion of the actress for a long time. But following their break, during the shooting of the film Vincere, Giovanna Mezzogiorno meets Alessio Fugolo who became her husband in 2009. The couple celebrated the wedding with a civil ceremony in Griante. From their relationship, the twins named Leone and Zeno were born in 2011.