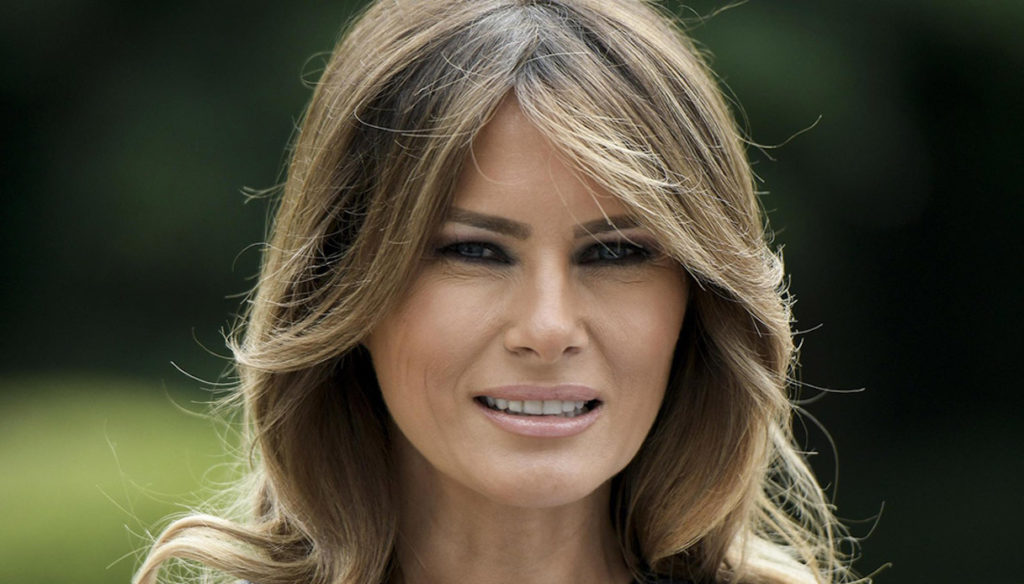 At "Every Morning", Giovanni Ciacci draws up the ranking of the most elegant First Ladies: the victory goes to Melania Trump

Always very attentive to the look of the stars, this time Giovanni Ciacci is called to a particularly difficult task: to choose which, among the last three First Ladies, is the most elegant. Michelle Obama, Melania Trump and Jill Biden are the protagonists of the ranking presented at Every Morning.

The show broadcast on TV8, under the direction of Adriana Volpe, always leaves ample room for questions of look. In this, Giovanni Ciacci is a true expert: his VIP report cards are often very spot on and take into consideration even the smallest details of style. This time, however, she has to confront the look of three great women. On the occasion of the inauguration ceremony of Joe Biden, the new President of the United States of America, the stylist dedicates his ranking to the last three First Ladies who, with their outfits, have definitely attracted attention.

It starts with Melania Trump, the outgoing First Lady: for Ciacci, she is undoubtedly the most elegant, and the explanation is simple: “Here is a problem of physique, of physique du rôle. She is a former model, that's normal ". Much of her credit, however, also goes to her precise choice of style: “Being very smart, she copied exactly a Jacqueline Kennedy model. And the Americans, when they see Jacqueline Kennedy's things, they freak out ”.

Michelle Obama, who has been with her husband for two terms, was the first African American First Lady and, with her outfits, brought a major innovation to the White House. Giovanni Ciacci gives her great credit for this: “She wore low-cost clothes, clothes in bright colors, even though she has a very important body. She is a very tall woman, a woman with shapes, and this gave hope and was an example for all that slice of American women a little overweight ". Given the occasion, the style expert also recalls the enormous commitment that the former First Lady made for proper nutrition.

Jill Biden showed great elegance during her husband's inauguration ceremony, but Ciacci immediately notices a particular similarity: “She looks like Camilla Parker Bowles, as old as the cuckoo. However, look at the case, she is dressed in light blue as the other was dressed "- explains the costume designer, comparing Lady Biden's look with that of Melania Trump on Donald's swearing day -" Because they all refer to Jacqueline Kennedy " .