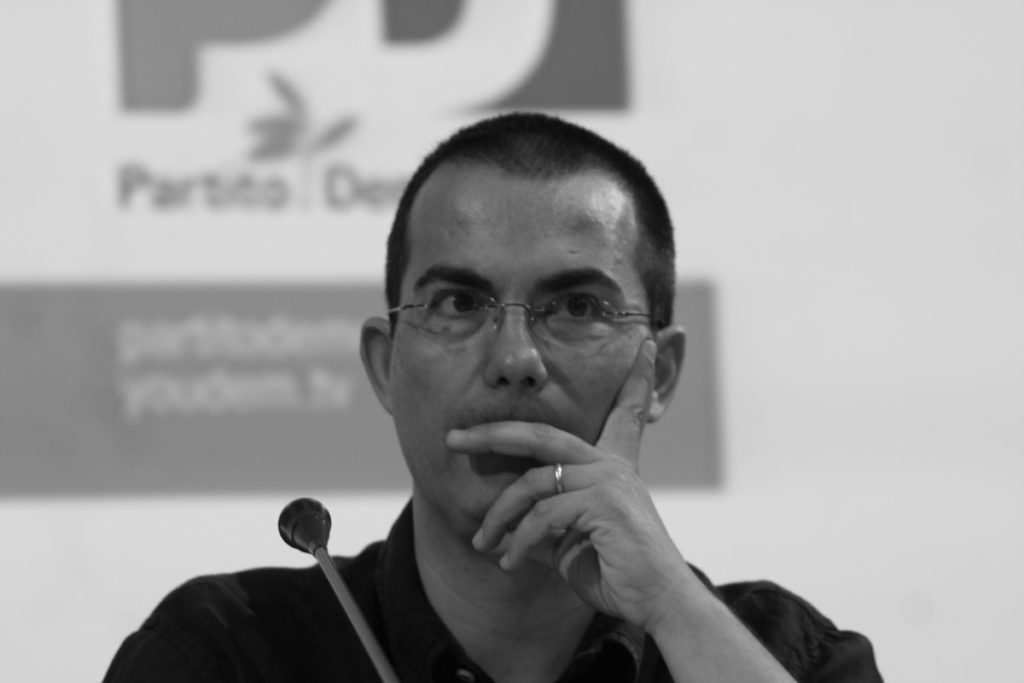 Giovanni Floris is a well-known television personality. He has played various roles including writer, journalist and presenter. Here are some useful information

Giovanni Floris is a famous Italian journalist, TV presenter and writer. He was born on December 27, 1967 in Rome. Floris stands out in Italian television thanks to his role as host, in particular for the well-known broadcast aired on LA7, entitled "Dimartedì". Not only that, the journalist held the same position for the famous program called "Ballarò" broadcast on Rai 3 with which he immediately obtained a distinct notoriety. Giovanni Floris was also correspondent from the United States, becoming an important point of reference in the Italian journalistic sector. Floris graduated from classical high school in his hometown. Later, he enrolled in the "Political Science" faculty in Rome, where he graduated. Here he was a pupil of the well-known ministers "Antonio Martino" and "Domenico Fisichella". After graduating, Giovanni Floris began to enter the world of journalism, collaborating on some projects of various newspapers and magazines. Among the most famous are "L’Espresso" and "Il Messaggero". This important turning point helped the journalist to win the "access competition". He also attended the Institute of "Radio and TV Journalism".

Once he has passed various exams, Giovanni Floris is hired to collaborate with the "AGI" news agency. This experience led him later to obtain a position as editor at the "Giornale Radio Rai". In addition to this job, Giovanni Floris also plays the role of presenter and correspondent. He was the host of "Radio Anch'io" and "Baobab". As an envoy he has worked in various countries including Japan and Indonesia. In particular, in China he dealt with the "Asian Tigers" issue, also working in many countries in the United States for the creation of services focused on the economy of America. Giovanni Floris also dealt with further reports in numerous European countries to follow the economic trend of the various nations. In Germany he found documentation kept by the government in favor of the "Italian public accounts". In particular, while working for the "Radio Newspaper", Giovanni Floris dealt with the appearance of the Euro. In fact, the journalist followed the various developments, as well as the entire growth of the "no-global movement". Among these, the events of the "G8 in Genoa" stood out, for which the journalist Floris created various services as a host and correspondent for the "Radio Anch'io" program.

During the terrorist attack on September 11, 2001, Giovanni Floris was in New York. Following this affair, he was hired as a correspondent for Rai by the United States, where the same journalist went to live. The following year, the conductor was hired as the presenter of the well-known talk show Ballarò broadcast on Rai Tre. It was during this period of his career that Floris achieved great success and popularity. The conductor conquered the general public and received numerous appreciations, always managing to entertain the spectators at best. Various inquiries and disagreements are transmitted within the program among the participants present in the study. This particularity made the program a real point of reference for discussions related to the political sector. In addition to becoming a successful television host, Giovanni Floris is also a well-known writer. During the course of his career, the journalist has also dedicated himself to the realization of various essays. Among the main ones are "Monopoli", "The factory of the Ignorant", up to the last work entitled "Today is another day", published in the year 2013. Also these projects have brought much fame and success in the professional career of the journalist .

Subsequently, in summer 2014, the conductor left RAI to collaborate with the LA7 channel for the following season. The journalist has a contract with the latter broadcaster until the year 2019. There are numerous rumors regarding the total salary, so much so that some rumors report a sum of around 4 million euros. However, there has been no evidence or demonstration inherent in these rumors. After 12 years of career in television for the conducting of the "Ballarò" program, Giovanni Floris leaves Rai to become the host of the Dimartedì program, aired every Tuesday evening in the early evening. The same program was also in "competition" with "Ballarò". The journalist is hired as the TV presenter of the daily program "Nineteen forty" broadcast about 20 minutes before the news on LA7. In 2014, the journalist takes the place of "Lilli Gruber" in the broadcast "Otto e mezzo". In this regard, the "Nineteen forty" program is therefore canceled after just two weeks and will no longer be broadcast. In the same year, Floris' first work came out, or a novel entitled "Bonetti's border". Two years later he published the second book, entitled "The first rule of the Shardana". The journalist is married to his partner "Beatrice Mariani" with whom he had two children. Giovanni Floris obtained a small appearance within the film "This night is still ours" while in university he was also an animator within tourist villages.