It's official, Francesco Monte and Isabella De Candia are a couple, no flashback between the Tarantino and Giulia Salemi.

Since the Piacenza influencer announced the end of the relationship with the former protagonist of Men and Women, it didn't take long for the gieffino to show himself to the public with his new girlfriend. This has created several controversies and doubts, more and more insistent on the part of the fans, on the fact that Francesco had betrayed Giulia with Isabella, his current girlfriend.

The two met during Big Brother Vip 3 and no one at the time would have bet on the couple. If in fact the Salemi declared itself to the beautiful Tarantino, already after the first days of the most spied-on house in Italy, the attitude of Francesco was more reflective. Only when the cameras were turned off in fact, Monte opened her heart to Giulia, with the unexpected choice to go and live with the girl.

That complicity, however, so ostentatiously social media, failed only a few months after the beginning of the relationship, leading to the breakup of the engagement. After a few weeks, however, Cecilia Rodriguez's ex-boyfriend showed up in the company of supermodel Isabella De Candia. Not much time has passed since the officialization of the history of the two. This inevitably made the viewers of the GF house suspicious, who immediately shouted at the betrayal, a hypothesis among other things never denied by Giulia.

But now the beautiful model is talking. Isabella in fact, in her last Instagram post she let herself go to a very sweet dedication to her Francesco, which makes us perceive the strong understanding that was created between the two. However, De Candia has gone further, specifying, in large letters, that theirs is a love born of the meeting of two free people. Will the model have succeeded, with her words, in silencing the controversy that has been going on for some time, concerning Monte's betrayal of Salemi?

Meanwhile, Giulia, who remained silent after the end of that relationship so dear to her, seems to be preparing herself for her return to television as a tronista of Men and Women. 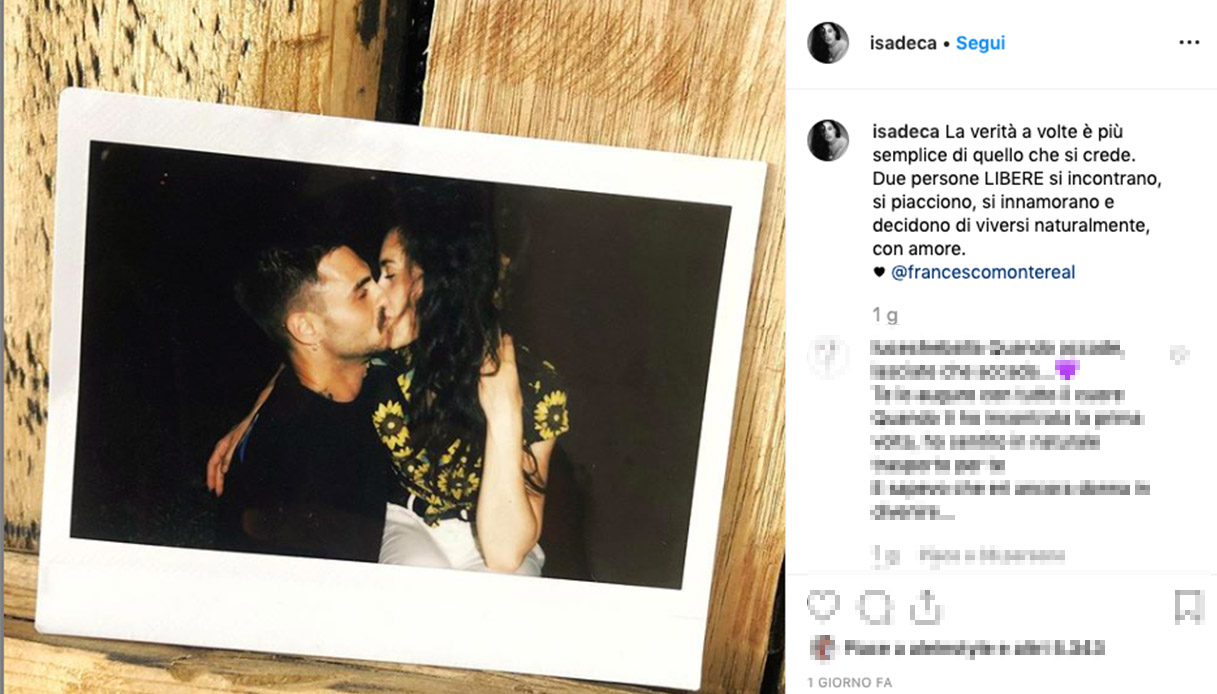