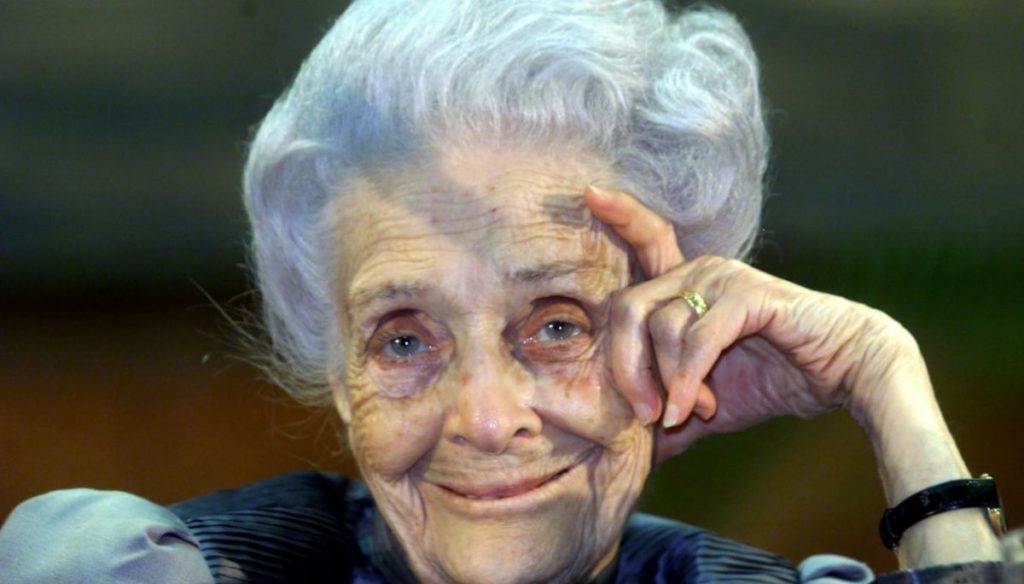 The drug invented by Rita Levi Montalcini arrives in Italy. It will help to cure a serious eye disease that causes blindness

Rita Levi Montalcini left us in 2012, but her studies and her genius have never left us. So much so that in Italy a drug invented by the scholar will soon be available. It is a special eye drop that can counter a rare disease that leads to blindness. The marketing of cenegermin (Oxervate) was announced in the Official Journal.

The drug is able to treat moderate or severe neurotrophic keratitis, a rare and highly debilitating pathology of the eye, so that to date no treatment existed. The disease causes rapid corneal degeneration and damage to the trigeminal nerve, leading to progressive and inevitable loss of vision.

The eye drops designed by Rita Levi Montalcini will give new hope to many people. Cenegermin was developed after decades of research, starting from the discovery of the nerve growth factor (Ngf) carried out by the Nobel prize. His intuition could also be applied to other pathologies, but Montalcini decided to focus on ophthalmology. In the nineties, in fact, he had met a child with neurotrophic keratitis and had discovered the devastating effects of this disease.

Subsequently the biopharmaceutical company Dompé decided to invest in the project and after years of studies it was finally arrived at the creation of a medicine. Cenegermin is the recombinant version of human nerve growth factor (Ngf) developed by the company. The protein is very similar to that which is produced by the human body and which aims at the survival and development of nerve cells.

It is administered to patients suffering from moderate or severe neurotrophic keratitis in the form of drops and can help the eye healing process by repairing corneal damage over time. The realization of the drug took place in the Dompé Eagle Research and Production Pole, in Abruzzo, through recombinant DNA technology. The drug subsequently received the requisite of therapeutic innovation from Aifa, so it will soon be available to all patients suffering from the disease.

This is yet another triumph for a woman, Rita Levi Montalcini, who has never stopped dreaming big and looking to the future with the aim of helping others.