Goat milk: what are the advantages? 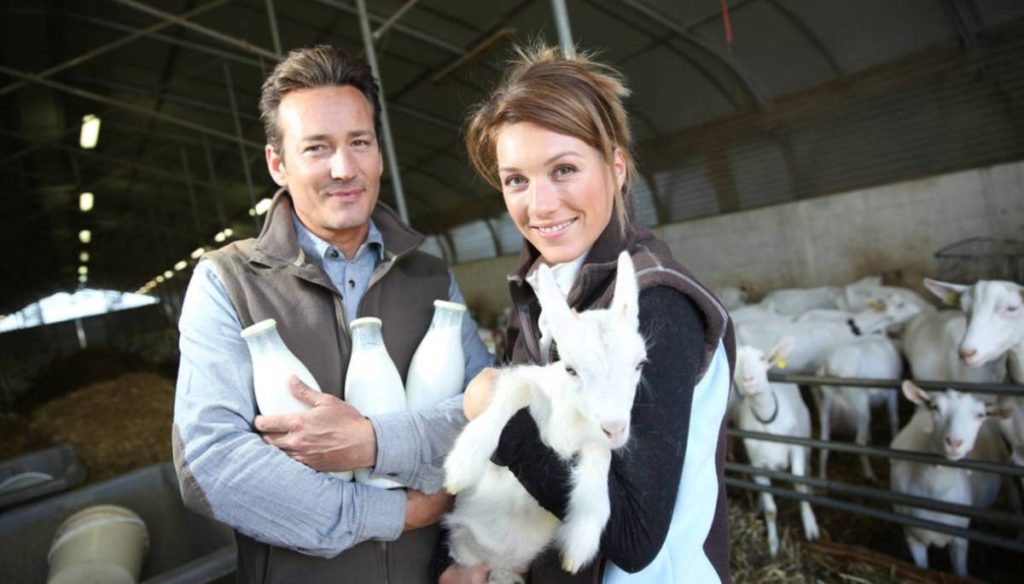 The breeds most used for the production of goat milk are Camosciata from the Alps, the Saanen and the Alpina. The differences and advantages that characterize this type of milk from cow's milk are manifold. The quantity of carbohydrates and lactose is comparable to that of cow's milk, while there are considerable variations as regards the quality of fats and proteins. The flavor of pasteurized goat's milk is similar to that of cow's milk while commercially available goat's milk is totally different.

It is a sterilized milk (UHT) that takes on the well-known flavor of boiled milk. Depending on the breeds used for production, the fat contained in goat's milk can vary. Generally the percentage of fat present in goat's milk is equivalent to cow's milk and is around 4%. The typical intense odors that characterize goat's milk are in fact due to the fat globules smaller than those of cow's milk and more vulnerable to the lipolysis phenomenon where free fatty acids are released.

The fat globules contained in goat's milk are free of vitamin A, thus favoring the typical white color. They also allow to obtain a more conformal and homogeneous dispersion of the fat during the making of the cheeses. Thanks to the greater quantity of short chain fatty acids, goat's milk is more digestible than cow's milk. In the event of intolerances related to cow's milk, certainly the same allergy could occur for goat's milk.

Therefore, replacing cow's milk with goat's milk will not bring any benefits. Goat milk proteins have a lower amount of casein making it difficult to produce long-aged cheeses. Despite this, goat milk is very healthy for your body. In fact, when compared to sheep's and cow's milk, it has a lower cholesterol content. However, attention must be paid to commercial goat milk products which affirm the total absence of cholesterol since milk is a food which is low in cholesterol but is not free from it. In fact, by analyzing the various types, the differences on the quantity of colestrol are really minimal.

Maria Teolis
3548 posts
Previous Post
Michelle Hunziker and Tomaso Trussardi, love that overcomes pain
Next Post
Pamela Prati: furious quarrel with the manager at the airport. Then reveal the truth about Verissimo