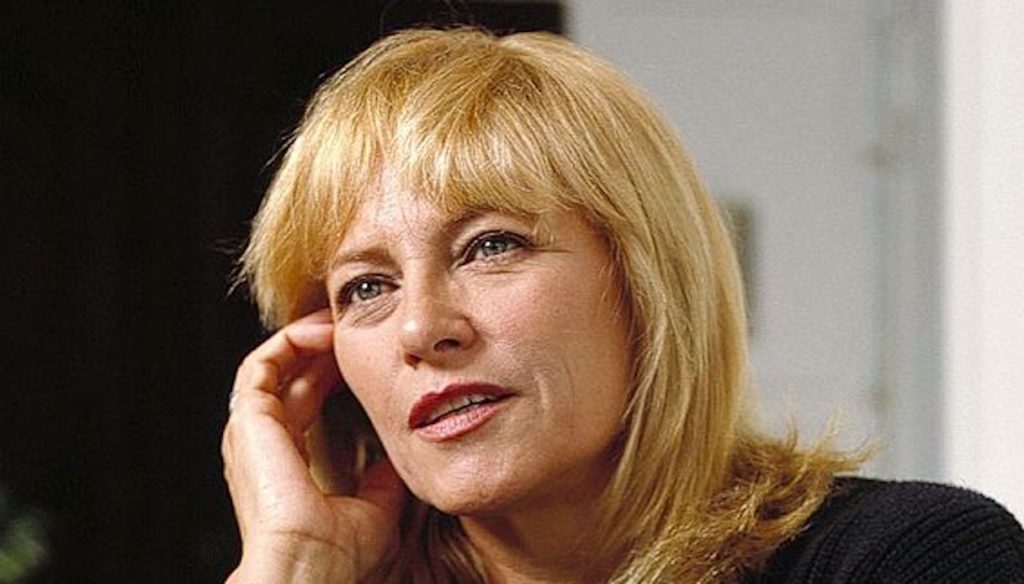 Nathalie, a charming French actress, was married for a few years to Alain Delon and had a son by him

Her real name was Francine Canovas, but for everyone she has always been the splendid Nathalie Delon: the only woman to have managed to bring the French star to the altar, she died on 21 January 2021 at the age of 78. The news was given by his son, the fruit of his love with Alain Delon.

Francine was born in 1941 in Oujda, a small town in Morocco, when the country was still a French protectorate. Of Spanish origin, she has always led a very simple life. Her father, a manager of a transport company, left the family when she was only 8 months old, so her mother took charge of everything. Before meeting the great actor, she married a man named Guy Barthelemy, with whom she had her first daughter Nathalie. However, the marriage did not last long, and the young woman soon met Alain Delon.

Their relationship caused a stir: the French actor had long had a love affair with his colleague Romy Schneider, and it was now taken for granted that the two would soon be married. Instead, Alain put an end to their turbulent passion and quickly married the gorgeous girl who, since then, has gone by the name of Nathalie Delon. It was 1964, and in those years she was hailed as one of the most beautiful women in the world.

Immediately after their wedding, Alain and Nathalie moved to the United States: on September 30 of the same year their only son, Anthony Delon, was born in Los Angeles – also destined to become a very successful actor. The family soon returned to Paris, as the French star saw his overseas commitments fade. And in 1967 Nathalie made her big screen debut, thanks to the film Frank Costello the face of an angel (in which she starred alongside her husband). Her acting career continued until the end of the 1980s, despite the end of her marriage to Alain Delon.

The divorce, which arrived in 1969, actually gave rise to a great uproar: the French actor, immediately after the separation, began dating his colleague Mireille Darc, whom he met shortly before on a film set. Nathalie has since had other very famous flirts, notably with Eddie Fisher and Richard Burton – both of them already had a marriage to Elizabeth Taylor behind them at the time.

On January 21, 2021, Nathalie passed away in Paris, a long-time cancer patient. His son Anthony released only a few words to break the news, then shared a simple farewell message on Instagram.