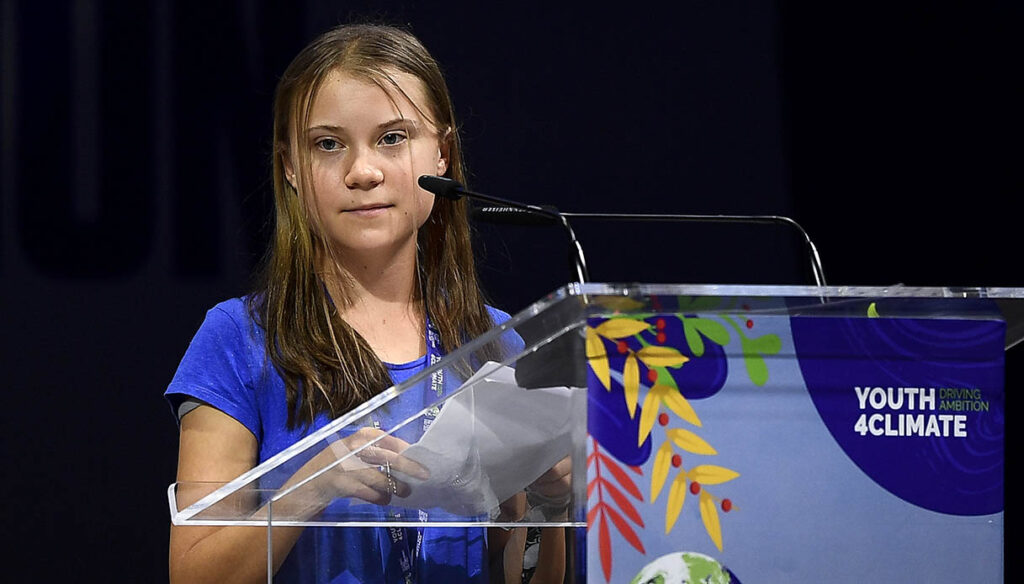 Once again the young activist sparked and animated the crowd: “We can do it, change is possible and necessary, but not if we continue like this”

“Our political leaders just say blah blah blah.” This is how Greta Thunberg begins at the Youth4Climate working table, the youth conference on climate organized by the Italian government before the opening of Pre-Cop26, which was also hosted by the young activist. And it is in that onomatopoeic expression used to indicate futile chatter, the eighteen-year-old expressed her thoughts.

Activist, world icon of the very young, symbol of a concrete challenge that is environmentally and climatically correct, Greta Thunberg arrived in Milan to participate in Youth4Climate. The 18-year-old, considered a real force of nature, for that ability to make her young voice heard by the most powerful heads of state, stressed how important it is to intervene now. And do it right away.

As expected, Thunberg’s voice entered and animated the crowd. The thought is always the same, we must act now to avoid a planetary climate disaster that is already in an advanced state. But to do so it is necessary that the political and world leaders intervene immediately and that they do it in a concrete way.

“Our leaders invite young people to these meetings to show that they listen to young people, but that’s not true. Emissions continue to rise, science doesn’t lie,” said the spokesperson for Climate Justice Now. But all is not lost, he explains in fact that “We can do it, change is possible and necessary, but not if we continue like this”.

And it is on this that we should focus, on what needs to be done, on what we can all do to really change things and do it now, so that these meetings and promises do not remain just gossip, but are transformed into concrete actions.

“Our hopes and ambitions drown in their vain promises” – said Greta Thunberg – “More than 50% of all CO2 emissions occurred from 1990 onwards and a third from 2005 onwards. All this while we heard the leaders say what they wanted to do, but nobody knows what they did. “

The young woman, who has now become the world symbol of the fight against climate change, summarized in this speech the critical situation that involves the whole world, and that bla bla bla has become the expression that no one should forget.

Lorenzo Gavazzi
2455 posts
Previous Post
Financial education is a skill for everyone
Next Post
Sage: properties, benefits and uses