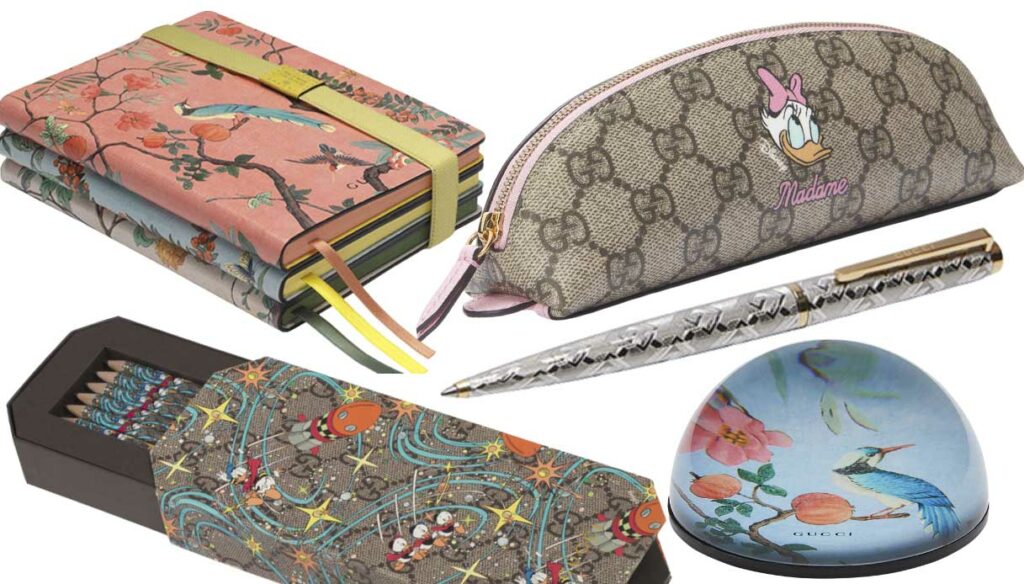 10 September 2021 A back to work or a back to school in the name of fashion with the new Gucci stationery. It’s called Gucci Lifestyle and includes notebooks, notepads, pencils, pens, paperweights and much more. A proposal rich in details, color and magic that you can touch with your hand in an enchanted hiding place. Made on the occasion of Milan Design Week, it is told in a compelling adv campaign, shot by Max Siedentopf at the Sonnino Castle in Tuscany and in a chamber of wonders set up in the Temporary Store in via Manzoni 19 which will remain open to the public until next 17 September. Creative Director Alessandro Michele conceived the Gucci Cartoleria not as a traditional shop, but as a fairy hiding place: every corner hides a spell to be discovered that transforms it into a place to explore and investigate. Share on Facebook +

Federico Viri
978 posts
Previous Post
Not just Covid-19, what to do in case of anosmia
Next Post
Dancing, the first official names of the cast of Milly Carlucci. Di Pasquale leaves