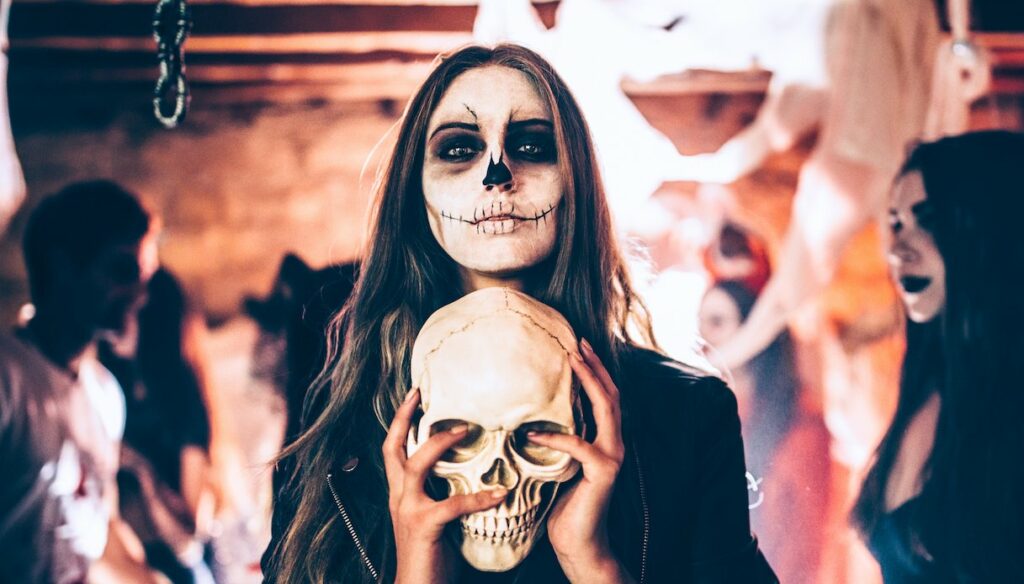 Ready to face the scariest night of the year? Between terrifying disguises, masks, horror movies and pranks ready to intimidate friends and family, you may find some themed quotes useful, for scary cards or for creepy messages suitable for Halloween night.

Halloween, the origins of the party

Halloween is celebrated on the night between October 31st and November 1st: the festival has very ancient origins, Celtic to be precise, and was not imported from the United States as is usually thought. The term Halloween derives from All-Hallows-Eve, or Night before All Saints: In archaic English the party was called All Hallows Day, while the Scottish variant is precisely Halloween.

The holiday was used to celebrate the end of summer and to thank the spirits of the dead for the summer harvest. According to the ancient Celts, the night of October 31st, which marked the end of the summer, allowed to open the barriers between the living and the dead, and thus it was possible to communicate with the world of the Underworld.

In 840, under Pope Gregory IV, the Catholic Church officially instituted the feast of All Saints on November 1, probably a choice made to create continuity with the past, superimposing the new Christian feast on the older one. After Protestantism had interrupted the tradition of All Saints, in the Anglo-Saxon context Halloween continued to be celebrated as a secular holiday.

The festival then spread to the United States from the mid-nineteenth century, especially due to Irish immigration, until it became, in the twentieth century, one of the main American holidays. Halloween thus passed from a religious ritual to a consumerist and secular party, between costume parties with a purely horror theme, carved pumpkins, witches and the famous trick or treat of children.

Giovanna Pirri
5652 posts
Previous Post
GF Vip, the letter from Chico Forti to Jo Squillo: “You gave me back my voice”
Next Post
Facchinetti goes on: “I will not withdraw the complaint against Conor McGregor”