Harry and Meghan wedding: the official photos on Twitter. And Kate has a special role 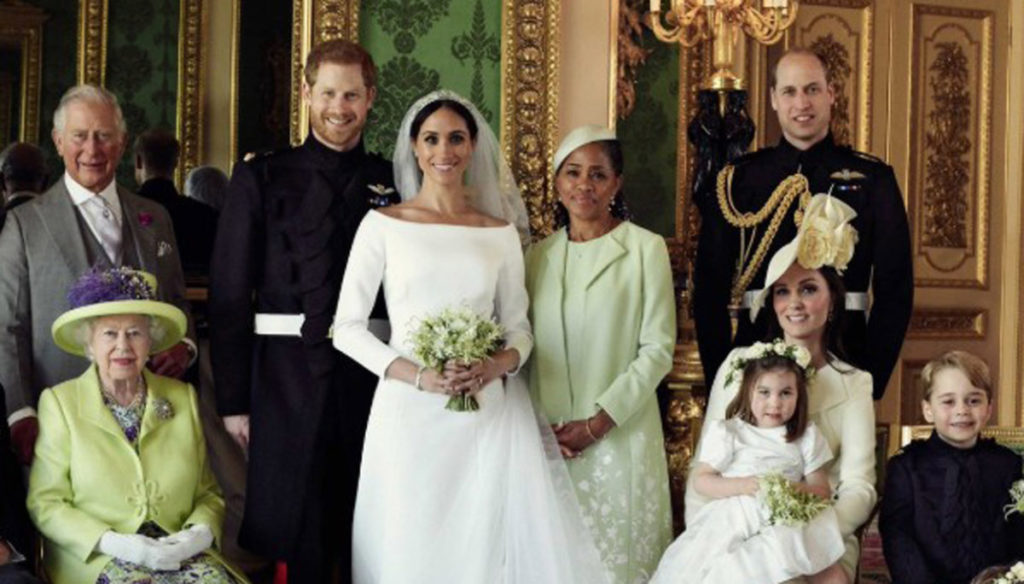 Harry and Meghan publish the official shots of their wedding on Twitter. The real surprise is Kate Middleton 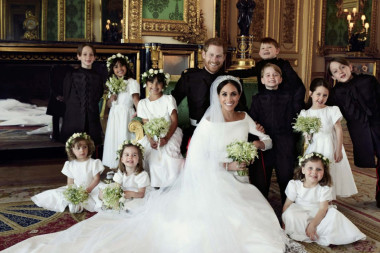 Wedding Harry and Meghan, the official photos on Twitter

Harry and Meghan Markle shared some official photos of their wedding on the Kensington Palace Twitter profile.

The shots were taken inside Windsor Castle after the carriage ride by photographer Alexi Lubomirski.

One of the photos shows the newlyweds surrounded by the page boys and the bridesmaids, 10 in all. A place of honor goes to Charlotte and George, the children of William and Kate, who are next to their aunt. The children are dressed in black like Harry, while the girls wear a dress similar to that of Meghan with a bouquet and a crown of flowers on her head.

Another black and white image is very romantic. The Duke and Duchess of Sussex are seated on the stairs and she leans against him who girds her shoulders.

Finally Harry and Meghan posed with the most important members of their families. To tell the truth from the bride there is only the mother Doria Radlan. Queen Elizabeth and her husband Prince Philip are seated to the left of the spouses. While a privileged place belongs to Kate Middleton. She is also seated, but to the right of Meghan. He holds Charlotte in his arms and has his son George next to him.

Is Lady Middleton preparing to rise to the throne? Kate smiles posed (too much), it seems that she is not at ease, with her legs sprawled. Either the princess is combining one of her own or is she thinking that she would have done better to dress in another way, trying more to choose the look?