He and she, the man recounts the experience alongside the woman with cancer 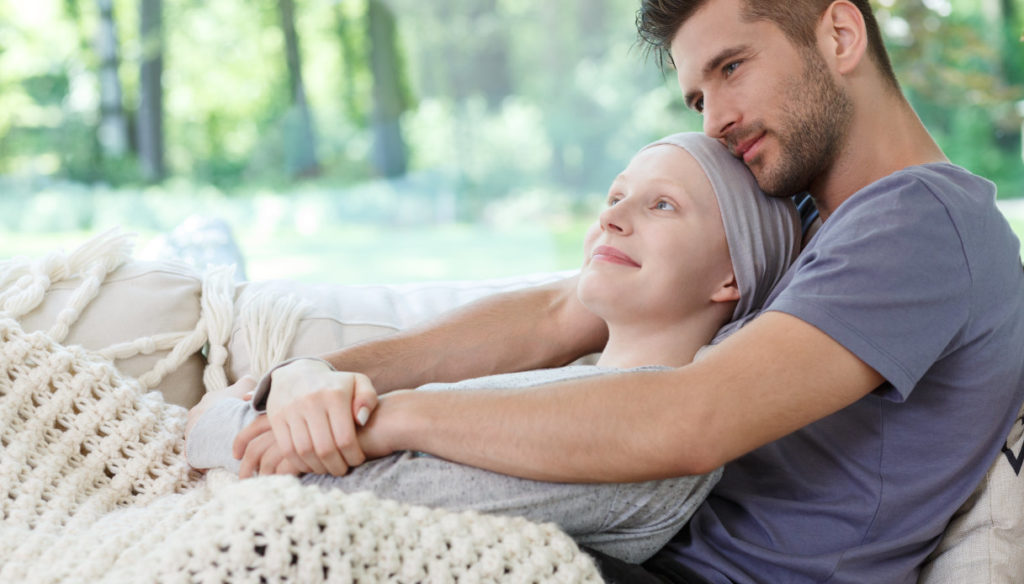 #afiancodelcoraggio intends to give voice to the experience of illness and the courage to face it, through stories of men who care for women who are fighting cancer

The protagonist is the woman with her anxieties, her fears, the burden of facing the challenge of cancer. But her story is told by the man who lives next to her, also with his own weaknesses and with the strength of knowing how to stay close to those who struggle with the disease. It is a real support to the will, to those who carry out the great undertaking day after day of offering a word, a smile, a shaking hand: the #afiancodelcoraggio award. It is an initiative designed to support women, but whose protagonists are men: brothers, children, husbands, in a word the caregivers, who have entrusted their emotions to words have a name: they are called Ubaldo Truda, who tells his version of true courage, Attilio Pozzi, who gives a voice to a puppy dog ​​who tells of the illness of his mother-mistress, Alessio Secci, who transforms the journey with his mother from the bedroom to the bathroom into a train journey on a magic track. The winning story of the 2020 edition, which will be selected by the technical jury in 2021, will come to life in a commercial that will be screened in cinemas and in the channels made available by the partners of the initiative. And it will become everyone's heritage, thanks to the warm and enveloping acting of three great performers, who make a life story their own and make it visual testimony.

The importance of narration

Learning to tell the disease is essential, even for those who take care of those who suffer. #afiancodelcoraggio aims to give voice to the experience of illness and the courage to face it, giving the word to the caregiver, to the man who takes care of a woman in her fight against cancer, in a kaleidoscope that gives space to the imagination and leads to his own experience, his own emotions emerge through the story of himself. “The #afiancodelcoraggio Award was born four years ago with a first edition dedicated to the stories of men, fathers, companions, husbands, friends, children, who have been alongside the courage of their women with cancer. Today we find ourselves turning the spotlight on oncology once again, in a scenario that, if possible, is even more dramatic. – commented Maurizio de Cicco, President and CEO of Roche, who supports the project. In recent weeks, the President of the Republic, Sergio Mattarella, reminded us that some diseases do not go into lockdown, cancer first of all. With #afiancodelcoraggio we want to give voice to all those who accompany the pain, hope, concern or isolation of the sick who have made themselves felt even more strongly in recent months. We are talking about the large community of so-called caregivers, almost always family members, sometimes friends or acquaintances, who play a key role in the treatment of cancer patients and who remind us that the disease is not only of those who have it, but of all the community, providing an irreplaceable assistance network for those who, in recent months, in addition to the fear of illness add up to the fear of contagion, difficulty in moving around, lengthening waiting times for a visit, for therapy or even just for screening. "

Gianluca Zompi
1550 posts
Previous Post
Mom's most precious advice is kept in my heart
Next Post
Guenda Goria defends Maria Teresa Ruta: "Without words for how they treat her"