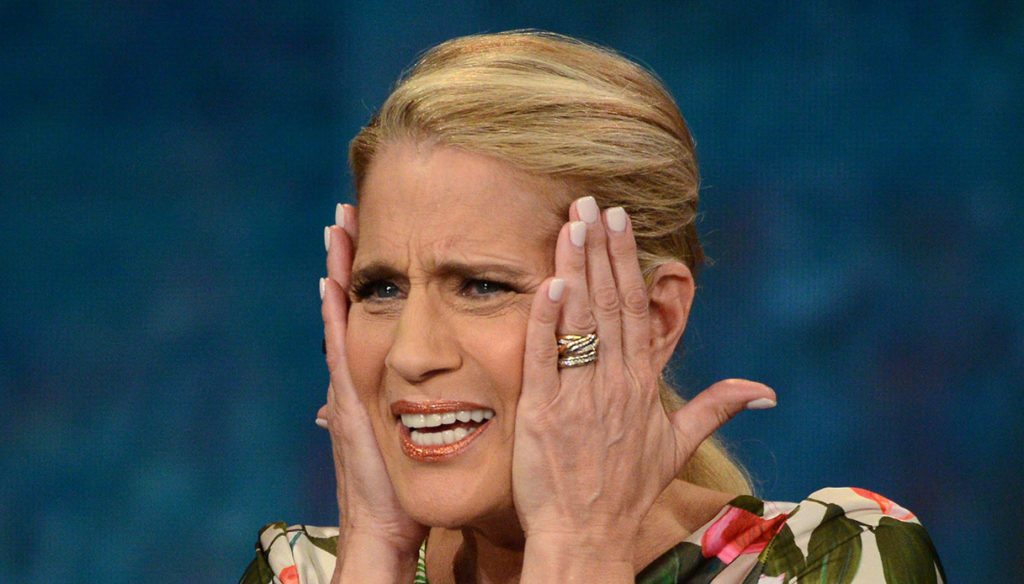 Heather Parisi intervenes in the diatribe between Zorzi and Cuccarini. Lorella defended herself by saying that if she had a gay son she would love him regardless, Heather calls her a hypocrite

The only thing missing was Heather Parisi's thrust, predictable, in the diatribe that broke out between Tommaso Zorzi, an influencer imprisoned in the house of Big Brother Vip and Lorella Cuccarini. After the first, chatting with the roommates had defined her "A str …. who has spoken out against gay rights one hundred and fifty thousand times", the presenter replied on Instagram, with a long post in which she said she felt "deeply hurt ". Reiterating that she has never discriminated against the LGBT community and the rights of the people who belong to it, but simply that she has repeatedly expressed, as an honest and not hypocritical person, her thoughts (against) adoptions by couples gay and the practice of the rented uterus "One can disagree on everything without absolutely being homophobic."

That was enough to assist Heather, who never misses an opportunity to confirm her bitterness towards her (former) Enemy.

The former dancer, from her account, posted a tweet without ever mentioning Lorella's name, but evidently and undeniably referring to her:

If 1 says "if I had 1 gay child I would love him like any other child" (okay?) And then is opposed to gay adoptions and same-sex marriages, it does not mean that "it is not politically correct".
It means he is homophobic and hypocritical as well. #LGBTQ #LGBT POINT 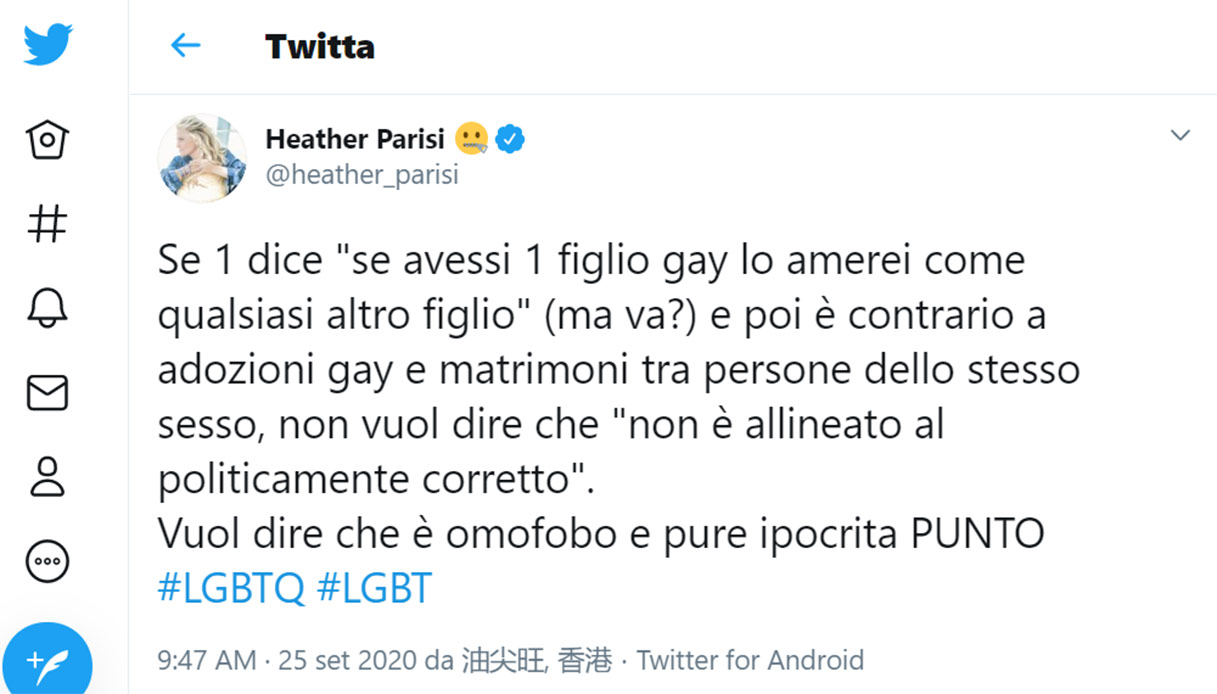 Barbara Catucci
5356 posts
Previous Post
GF Vip, Garko enters the House: "From me you will only have the truth"
Next Post
Who is Giuliano, Adua Del Vesco's boyfriend