Heimlich maneuver, when it is needed in children and how to do it 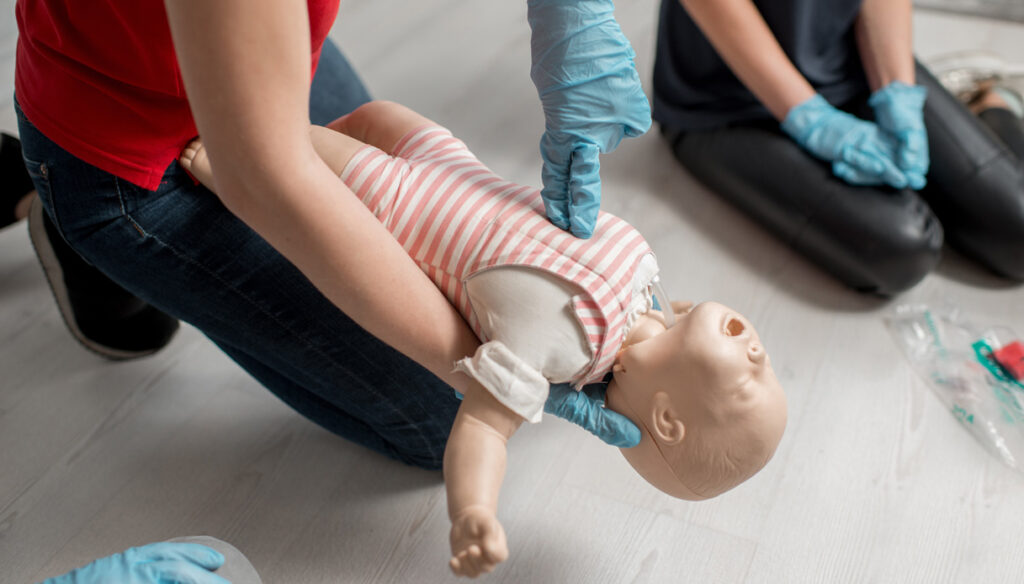 In the event of suffocation, the Heimlich maneuver can save the life of the child but also of the elderly with swallowing problems

It doesn't take much for a foreign body to enter the respiratory tract, blocking the flow of air. And it is necessary to immediately understand what is happening to react, trying to unblock the breathing paths and allow the affected person to resume breathing normally. This is why it is important to know the Heimlich maneuver, which must be done differently based on age.

For children, in particular, you should ask your pediatrician to teach mom and dad how to behave. And then it is useful to "try", perhaps on mannequins and in the context of dedicated courses. Knowing the countermeasures to be taken can save a life.

A dime, a grape, maybe a bite of ham that is too large or a biscuit. It takes very little, terribly little, to obstruct a child's airways. The accident can happen because a foreign body, and not just a bite of food, instead of going down the esophagus to get to the stomach, gets stuck in the middle of the trachea, where the food does not pass but the air we breathe.

In these cases, it is essential to act quickly because permanent damage to the oxygen-deprived brain can occur already after four to five minutes. The countermeasure consists precisely in the Heimlich maneuver. In practice, a very strong compression must be made on the chest that leads the lungs to suddenly expel large quantities of air, inducing an upward thrust that can free the blocked trachea. This maneuver, in the form described, should be done after six months of life, while for younger children it is necessary to give a series of pats on the back to try to obtain the same result.

Returning to older children, first of all you need to be sure of the suffocation taking place, then you need to gird the baby at the upper part of the abdomen. At that point it is necessary to practice and a strong compression with maximum strength. The pressure that pushes upward can clear the airways. The same maneuver is also useful for those with elderly people at home with swallowing problems, since unfortunately the risk of suffocation increases again in old age. The Internet can also help those who want to get information. Several videos are shared on the web in order to make them usable by all users

Attention to prevention in children

It is important to follow the pediatrician's dictates in terms of weaning, especially remembering when to switch to solid foods. This is a phase not to be anticipated. It is equally important to avoid particularly large bites of both biscuits and ham, not to mention some fruits, as soon as the little one begins to feed on solid foods. Finally, it is advisable to pay attention to the games that must have a sufficiently large size to avoid risks and should not be broken down into small pieces. Then watch out for everything that the little one, without knowing it, takes in his hand and brings to his mouth, starting with the coins. Any element, if not careful, can become a danger.

Gianluca Zompi
1873 posts
Previous Post
Britney Spears, mother writes to judge: "She can look after herself"
Next Post
Romina away from the Al Bano estates, tensions with Lecciso: indiscretion