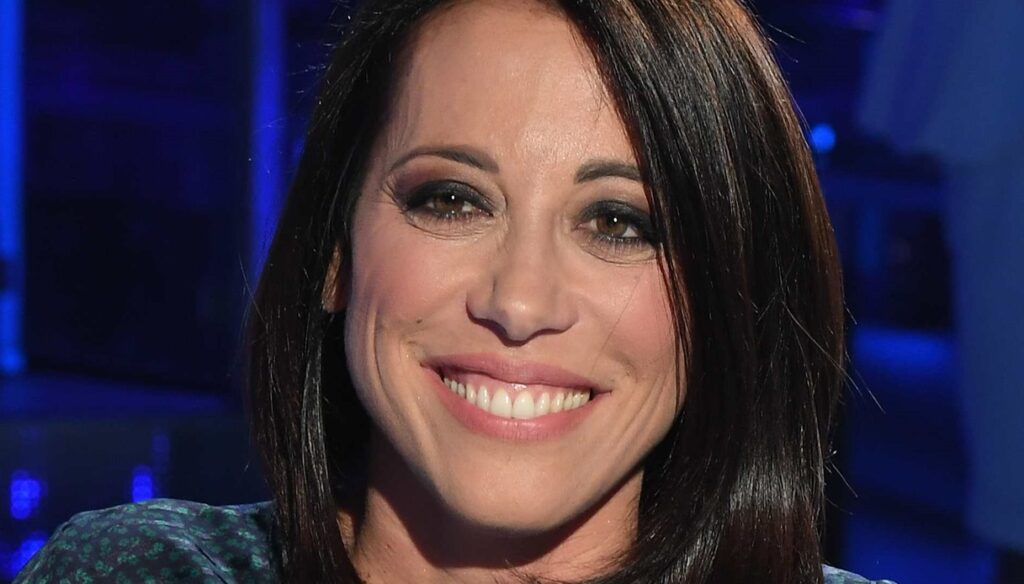 Nunzia De Girolamo, new presenter of the talk Ciao Maschio, thanks the fans on Instagram and reflects on the (constructive) criticisms 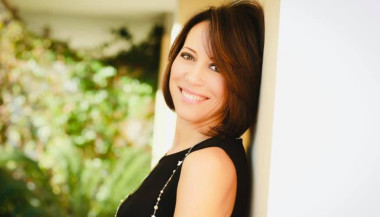 Who is Nunzia De Girolamo, competitor of Dancing with the Stars

After days, even weeks of announcements, commercials and a thunderous rain of criticism, Nunzia De Girolamo finally made her debut at Rai's home with her talk show, Ciao Maschio. Even during the first episode, aired on Saturday 13 February in the late evening, there was no shortage of comments that for better or for worse were the setting for a double debut. That of the program itself, but above all that of a De Girolamo in the unprecedented role of presenter.

The hostess shared a post on Instagram, which portrays her in a micro-video in her beautiful purple-hued studio. Video to which he added, however, a message for the viewers who followed the first episode of the talk. “You have flooded me with messages and comments for the premiere of Ciao Maschio,” writes De Girolamo. “I was very excited, but you were really fantastic, your affection surprises me more every day. You have been in many to follow me, for this I can only say thank you again ”.

The new RAI hostess wanted to thank the audience who waited late to enjoy her debut and who was personally involved, actively participating in the program on social media with the hashtag #ciaomaschio. Nunzia De Girolamo then added a further reflection: "I have read and accept, of course, the criticisms as long as they are constructive and not imbued with bad faith. Any criticism, on the red line of common sense, serves to improve and improve oneself ”. Finally she left a greeting, referring to the new episode of Domenica In which she was a guest in the presence of the hostess "aunt" Mara Venier.

Nunzia De Girolamo showed class and intelligence, as is expected of a woman who has never feared challenges. At first, many years in politics with commitment and dedication, then only recently a real change that led her to move to the notes of waltzes and samba in Dancing with the Stars. Ciao Maschio is a new test, certainly difficult but with good room for improvement. The first three guest men were Luigi De Magistris, Stefano De Martino and Francesco Paolantoni. We just have to wait for who will "lay bare" in the next episode. 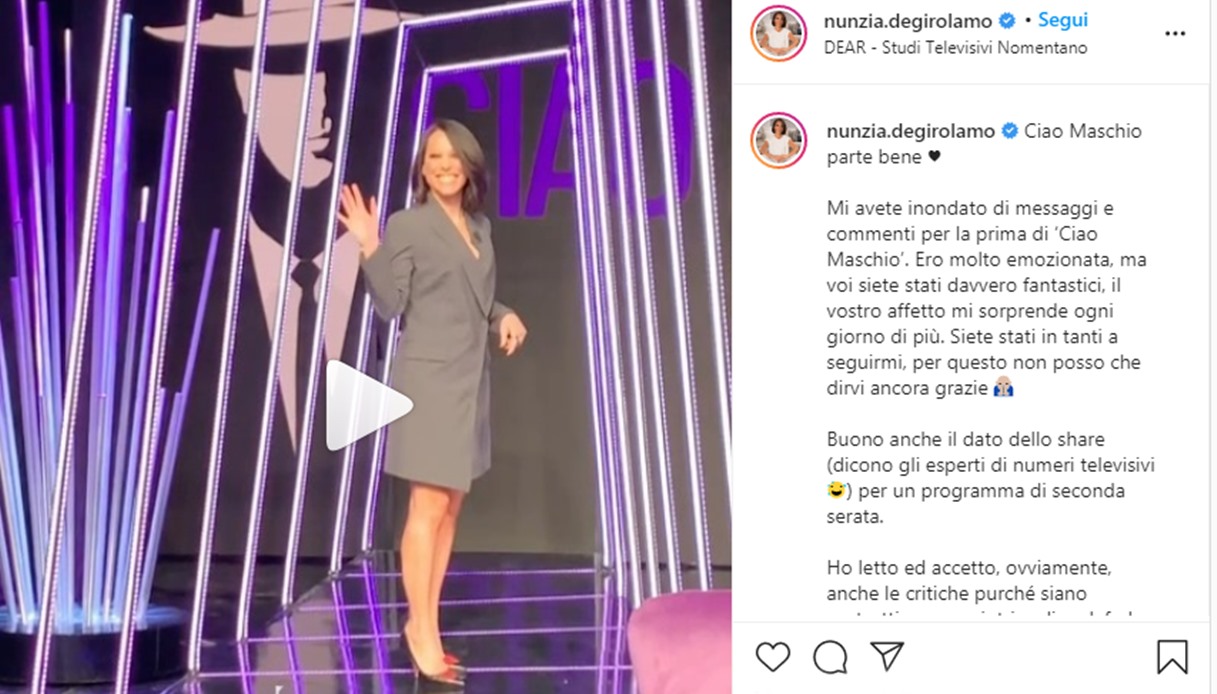