Hip thrust: what it is and how to do it 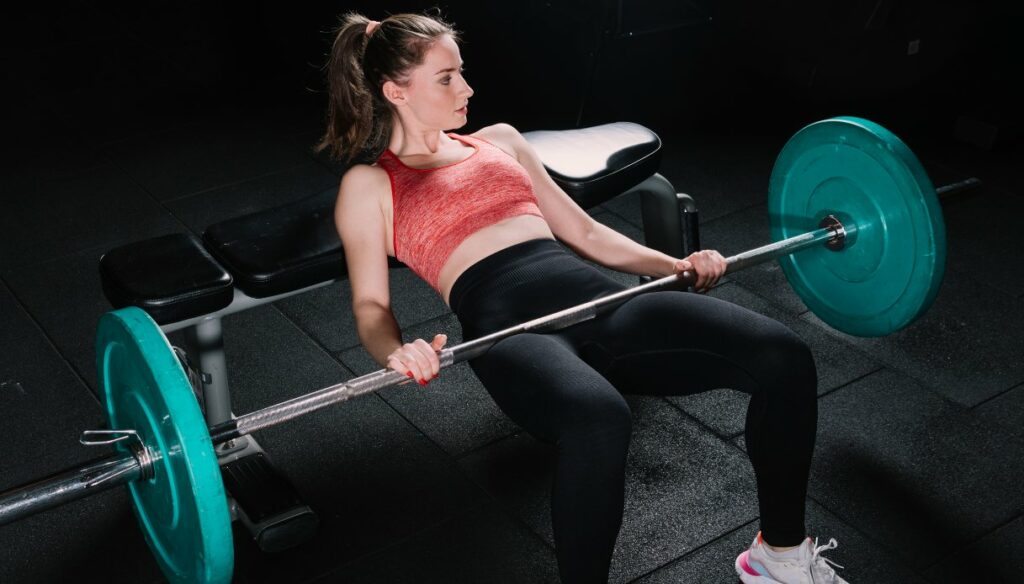 A magnificent exercise for the buttocks, equal to the squat in effectiveness. Let’s see together how the hip thrust is performed

The hip thrust and the benefits for the “B side”

It is called the “king” exercise for the buttocks, as it defines the entire posterior chain, strengthens and tones it. In addition to the buttocks compartment, this exercise also involves the hamstring muscles (hamstring muscles) but in the sense that it deactivates the surgery and therefore the extension of the hip is required entirely to the buttock compartment (unlike instead of what happens in squats). Hip thrust means from the English “hip thrust”, as the hip is pushed upwards starting from the position lying on the bench as regards the dorsal part of the back while the chin remains above the heart and the neck muscles are active all the time.

While the squat is a squat movement, the hip thrust leads to a major extension of the hip flexors. Both exercises can be done with weight (dumbbells or barbell) or bodyweight at home (better to be equipped with a bench in the case of the hip thrust). While performing the hip thrust, the hip pushes up and raises the bar or hips when performed bodyweight. The tension on the buttocks remains constant throughout the execution of the exercise and the range of motion – or the angle created during work – reaches almost 90 degrees. Exercise does not strain the quadriceps and does not make them hypertrophic. Good technique needs to be developed but basic setting and movement management are not overly complex. Up to 20 repetitions can be performed and the number of series depends on the phase in which they are inserted in the program.

During the exercise, the stimulus occurs both at a metabolic, muscular and neural level, in fact, its performance requires strength, coordination and agreement with the right breathing. All the gluteus muscles – small, medium and large – are called into question, including the piriformis, which are all always active and work in harmony and concomitance. This multi-joint exercise also makes the legs and in general the lower part of the body work well, increasing muscle mass. In general, walking improves due to the fact that the exercise stabilizes the trunk and pelvis, making the alignment of the spine better. In general, all the posterior kinetics benefits from this and this guarantees the prevention of typical disorders affecting the lumbar physiological curve. It must be said that the structure of the bust must be taken care of in a particular way otherwise the exercise risks becoming counterproductive. When performed with the barbell, the increase in the weight load should gradually increase and when the body allows it according to the level and consistency of the training. Usually this exercise is not inserted in a circuit as the preparation phase of the attitude takes time before it becomes an automatism.

How you do it

When the exercise is performed without a barbell, a bench press and the right body position are enough. You take in the air and then exhale, push yourself on the legs and arms at the same time until you reach the alignment of the shoulders, hips and knees. In the downward movement the buttocks should not be placed back on the ground so as not to create too many problems in the knees and lower back. The elbows can also be placed on the bench as long as the shoulders are positioned correctly.

The bench is also used to perform the exercise with the barbell, as the structure remains the same, but the load must be managed well. You start with your back to the ground and your shoulders resting on a bench just below the rear delts. The torso angle should be 45 degrees to the floor. The barbell should be placed just above the flexion point of the hips, bringing it slightly towards the navel. In order not to accuse too much of the weight of the barbell, many people resort to a towel or padding. The knees are bent keeping the soles of the feet in contact with the ground, looking for a shoulder width positioning and a 90 ° tibia-femur angle, the heels slightly converging and the toes going in opposite directions (to prevent the knees from going both towards the central axis causing discomfort to the meniscal rim). Pushes with all the strength of the sole of the foot against the floor, lifting the barbell from the ground until the torso is parallel to the ground and aligned with the thighs.

Finally, a fundamental detail for correct execution: the muscular areas of the abdomen must be kept active throughout the execution, in order to protect the spine, especially the lumbar region. You hold the position for 1 or 2 seconds and then come down in a controlled and calibrated way with breathing. Keeping the abdomen active also avoids the usual back arching error that could be caused by excessive thrust of the buttocks. The neck muscles must also remain active to avoid the problems that backward extension could cause to the cervical spine, especially if the error occurs during the loading phase. The neck therefore must not sag back or be too attached to the sternum.