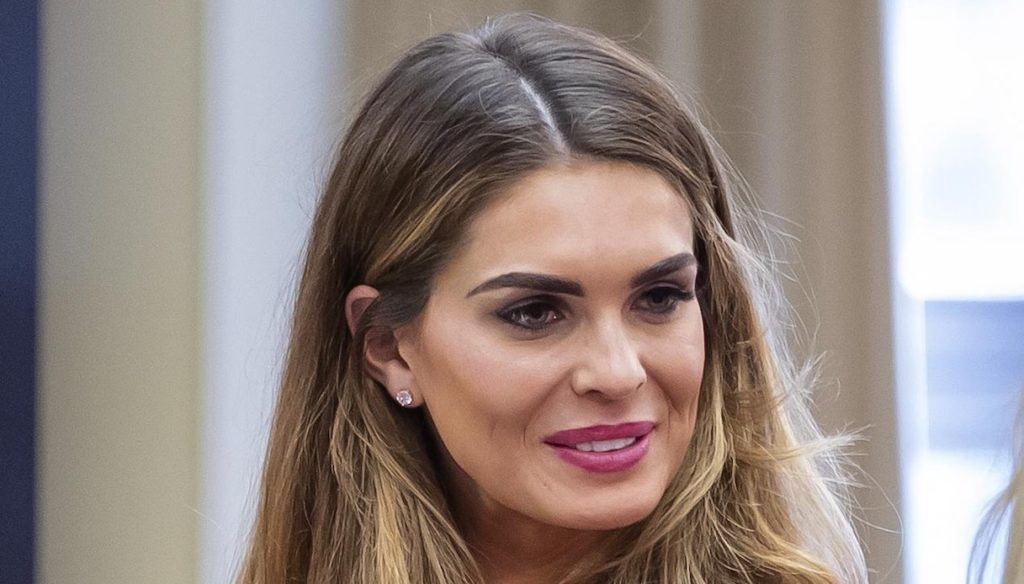 Hope Hicks is a former model and one of Trump's closest collaborators: the woman may have infected the president and Melania

Hope Hicks is a former model and one of Donald Trump's closest associates. Hicks tested positive for Coronavirus: she had accompanied the president on recent trips and had traveled with him on Air Force One.

The 31-year-old former model is part of the entourage of the President of the United States: a very faithful friend of Ivanka, she was in charge of public relations for the Trump Organization. In 2016, Trump strongly wanted her by his side: she was in fact the spokesperson for the first presidential campaign and then the director of strategic communications.

In 2018, Hick left the scene after admitting she lied to intelligence to protect the president. For some months, Trump had called her back to help out in the new campaign. And last week she was always by his side: it could have been she who infects Trump and his wife Melania.

Hope Hicks had a swab last Wednesday, after presenting the first symptoms: the woman flew with the President and other advisors to go to Minnesota, and only a few hours later tested positive.

"They have been in contact in an enclosed space with someone who was at the peak of the virus, as we believe that the time you are most contagious is the day you develop symptoms," said one of the CNN medical experts. .

Hicks also accompanied Trump to the first presidential debate against former Vice President Joe Biden, the Democratic candidate, in Ohio on Tuesday. Attendance at the meeting was significantly reduced to prevent the spread of the virus, but Trump wanted at all costs to have people in the audience, and many hugged the woman: "She is a very warm person, you don't save yourself if someone is approaching ”, declared the President.

Just before it was tested, Trump himself tweeted: "Hope Hicks, who worked so hard without even taking a little break, just tested positive for Covid 19. Terrible!"

According to her colleagues, Hope Hicks is one of the few White House aides who (sporadically) wore masks during meetings, but there are photos that testify to the absence of protection in Trump's company.