How bad quality sleep weighs on your health 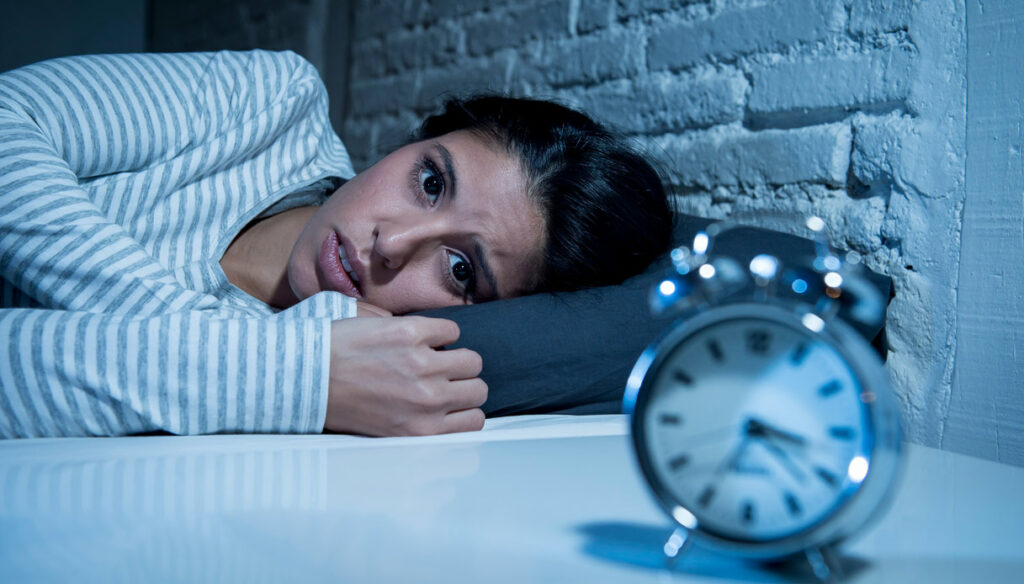 Poor sleep and poor quality can lead to alterations in brain metabolism, some of which are similar to Alzheimer’s

Often, when it comes to night rest, attention falls on the importance of having enough time to devote to sleep. And that’s right. Always consider how important it is to sleep soundly for a certain number of hours each night. But the amount of sleep is not enough.

It is also necessary to have a sleep that sees the normal cycles that characterize night rest follow one another, that is not constantly interrupted and fragmented by often imperceptible awakenings, but still able to affect the well-being of the next day. In short, sleep must be of good quality. Now an Italian research reveals how much this data, over time, could be a potential element of risk for cognitive problems. And it reminds us once more that not only sleeping little, but also sleeping badly, ruins life.

The study was conducted by experts from Pozzilli’s IRCCS Neuromed on animal models and shows that fragmented sleep can actually lead to alterations in brain metabolism, some of which are similar to those of Alzheimer’s disease. The key to the phenomenon of all this would be to be connected to a real chronic stress that reverberates on the neurological system.

The research appeared in Frontiers in Aging Neurosciences and is collaborated with Tongji Medical College and Huazhong University of Science and Technology (HUST) in Wuhan, China. For the study, PET (Positron Emission Tomography) devices were used, capable of monitoring various parameters of the nervous metabolism of animals subjected to sleep interruptions.

“After a month and a half of fragmented sleep – says Nicola D’Ascenzo, professor in the Department of Biomedical Engineering of HUST and Head of the Department of Medical Physics and Neuromed Engineering – in the brains of animals we found the presence of the tau-hyperphosphorylated protein ( p-tau) together with signs of gliosis “.

Both the presence of p-tau and the phenomenon of gliosis (during which the destruction of nerve cells is accompanied by the formation of a sort of scar) are also characteristic signs of Alzheimer’s disease. “On the other hand – continues D’Ascenzo – we have found an increase in the consumption of glucose by neurons, which should decrease in Alzheimer’s disease. However, we do know that glucose consumption increases under cellular stress conditions. We therefore think that disturbed sleep has created a stressful situation that induces alterations similar to those of a neurodegenerative pathology “.

Obviously these are experimental studies, but the suggestions they create are certainly worth investigating further to understand if the condition of stress, protracted over time, can make the observed alterations become definitive, leading to the actual disease “.

Sometimes, however, we too influence sleep, perhaps if it is very light. Do you want an example? Think of the smartphone, which faithfully follows us to the table next to the bed. If the light of the devices can be a disturbing element for rest (not for nothing it is recommended to avoid their use at night), sometimes even the only sound stimulus of the message that arrives or the vibration, for very sensitive subjects, can become a sleep “breaking” factor. So, even if maybe the clock says that the hours of sleep have been more than enough, you can still break the rhythm of rest.

Remember: sleep is characterized by a cascade of events that follow one another in well-established cycles. Each cycle, which lasts about an hour and a half, is made up of a non-REM sleep phase and a REM sleep phase, one in which the eyes move, the body behaves as if it were awake and dreams. But the REM phase only takes up 20 percent of the entire cycle.

In the non-REM phase, on the other hand, there are four periods: the first two of light sleep, in which even a noise is enough to wake up, the third and fourth of deep sleep. If many micro-awakenings follow one another, within these phases the brain that wakes up involuntarily “desynchronizes” and therefore tends to return to the previous phase. So the normal sleep rhythms change and dilate, and in the morning you feel little rested.

Gianluca Zompi
2047 posts
Previous Post
Who is Simonetta Solder, Giorgio Marchesi’s wife
Next Post
Better a child who stays at home or one who goes away and lives his life?