How did the report card go? 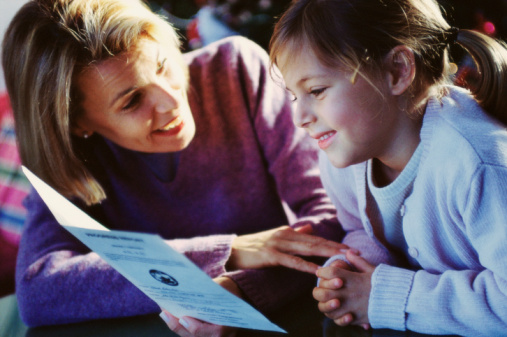 The report cards, i.e. the tool through which children can understand their school progress, teachers evaluate the average level reached by the class during the year and parents realize the degree of preparation of their children. In short, the delivery of report cards is an important moment for everyone to live peacefully in the family whatever the response, trying to understand all together what the problems may be and what the solutions to adopt, without dramatizing or reaching extreme solutions, without tears and punishments unjustified.

An attitude to be avoided is to consider the report card as a "showdown". Better to think of it as a litmus test thanks to which it is possible to promptly intervene where there are problems, gaps or shortcomings, perhaps after a quiet chat with your child to understand what his "hot" impressions are and any difficulties encountered during this first part of school year. In fact, there would be no punishment, threats, punishment, spanking and long faces: what is done is done and there is little to cry about.
The important thing is to understand how to move forward from now on so as not to have bad surprises at the end of the year. Talking to the child, asking for explanations, possibly setting up an interview with the teacher in which the little pupil also participates, are the first steps to take. After that, you need to design a work plan, establish a roadmap, plan a general review of the program carried out if this has been badly assimilated, not understood or not studied, look for a way to empower the pupil who must have a clear idea in mind that all is not lost and that, even if the votes have not been the best, he still has plenty of time to improve and recover. It is fundamental that the judgments expressed on the report card do not become a weapon of blackmail, something with which to lower the child's self-esteem.

Same thing if the votes are all positive. Despite the natural pride that you could feel in reading the report card, try to give little weight to the thing at least in front of the child: congratulate him, but as if this were a normal thing, the fruit of his work which as such must obviously , be well done. No gifts, prizes, toys for an extra good: the child must, in fact, understand that studying is his duty, but also his right, which he studies for himself and not to receive a reward, that the good mark is already a reward for profuse effort. Try not to enter the mechanism "if you are good you will have …" because it is absolutely anti-educational, useless and, in fact, it could cause serious harm to the little one if things no longer go well: he would be terrified of your judgment.

In any case, therefore, whether the report has gone well or has shown some problems, the important thing is to give this moment a special meaning, of dialogue between parents and children, of exchange of views, of research within oneself to get to know each other better. Talk to the children, therefore, and let them talk to you, ask them questions and help them find answers, direct them on the right path if they were not already trying to understand you, even with the help of the teachers (the interview with them would go always fixed after delivery of report cards) where the problem (s) is hidden. Remember, then, that in February nothing is lost and there is still time to run for cover, whatever they are.