How do new mothers’ dreams change? 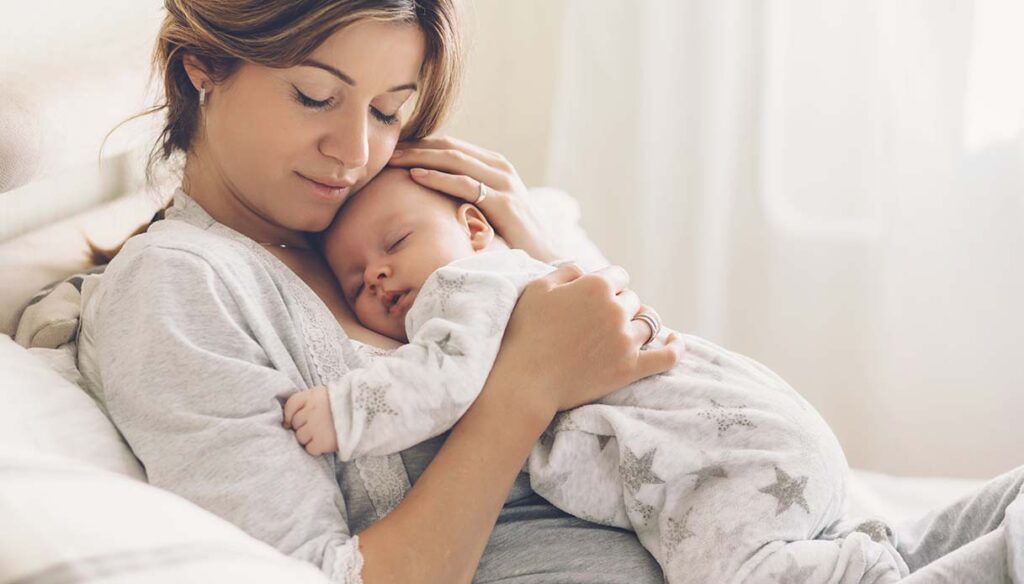 Becoming a mother, for many women, is a great desire that comes true. It is not uncommon, in fact, that many of these, whether they are single or married, mothers or not, sooner or later find themselves dreaming of being pregnant. As they say: dreams are desires, right?

But when these are realized, how many things change?

In addition to the body that undergoes transformations to make room for the growth of the little baby during the 9 months, new mothers, often even involuntarily, change their daily routine, their lifestyle and their eating habits.

But not only that, in this period of a woman’s life or after childbirth, dreams can also change. It all depends on the different quality of sleep before, during and after pregnancy; numerous researches tell us this.

Let’s see, therefore, in this article how dreams change in pregnant women or in new mothers.

How dreams of pregnant women change

When a woman finds out she is pregnant, she already knows how her body and her daily habits will change. What he does not know, however, is that dreams made during sleep will also change.

We all generally dream, even if someone once awake claims that they have not dreamed or that they do not remember the dream they had had. During the night, in fact, we alternate moments of sleep with dream moments, which occur during the deepest phase of sleep, also known as REM (Rapid eye movement, translated into “Rapid eye movement”).

For pregnant women, dreaming continues to remain completely normal, but unlike before it is very likely that the frequency and time dedicated to dreams increases and the memory that remains of these upon waking up is quite detailed.

The reason for this is quite simple. A pregnant woman experiences different sensations and emotions than before, aspects to which are added possible tiredness and difficulty in falling asleep, resulting from the inability to immediately find the right position to sleep. All this, in some way, affects his sleep quality and the moments of intense sleep could be much more frequent, even if rather short, as they alternate with moments of insomnia.

But not only that, according to some studies and some stories of new mothers, during the period of pregnancy the contents of dreams also change. It is very common, during this phase of a woman’s life, to have dreams related to pregnancy, the birth of the child or the transformation of one’s body. Emotions in this period are intense and women’s thinking is mainly aimed at this state, so it is completely normal to carry thoughts even in sleep, during which they are transformed into dream images.

Some of the most common dreams in this period concern, in fact, nature, understood as a mother or a flourishing vegetation, a symbol of fertility. Some mothers may dream of calling their child or diving into the sea, as the child is inside the amniotic fluid.

The dream images that follow one another in this period are all highly significant and are experienced by women with great intensity.

How the dreams of new mothers change

We have seen how, in the period of pregnancy, women are subjected to innumerable changes, including dreamlike ones. But what happens after giving birth?

In fact, even when one becomes a new mother, dreams tend to change, this is because the quality of sleep is also transformed and the attention of women is mainly directed to the newborn child.

In reference to this, some scholars have therefore tried to understand what happens in the dreams of new mothers. Among them, one of the first to deal with it was a professor of psychiatry at the University of Montreal, Tore Nielsen, who conducted a research on 273 women who were new mothers, who were pregnant or who had never been pregnant.

The study revealed that all the women involved remembered, in some way, the dreams they had during the night and that new mothers or pregnant women tended to have more dreams in which there were children.

In addition, the study revealed that new mothers in their dreams were more likely to experience fear and anxiety about their children during their dreams and twice as likely, compared to the other two groups of women interviewed, to dream and , at the same time, physically represent the dream, trying to save his own child considered in danger.

According to the psychiatrist, performing actions during sleep is a common aspect in all new mothers and the fact that this happens, according to some, is a hormonal factor, for others it derives from a poor quality of sleep.

Let’s say the cause of this is still not entirely clear, but if we refer to what Carolina Marcus, Associate Professor of Clinical Medicine at the University of Rochester in New York, states, it is a phenomenon resulting from sleep deprivation. to which new mothers are subjected.

In fact, those who care for a newborn child can spend several nights with insomnia or can be frequently interrupted in their sleep by the cries of babies waiting for the feed.

In fact, according to Dr. Marcus, new mothers experience what she calls REM rebound, which is the constant interruption of sleep in its REM phase, which causes the brain to produce more intense and stronger ones in subsequent cycles. When this happens, dreams can become so vivid for new mothers that they are forced to take actions while they sleep involuntarily.

Ilaria Barabrossa
1723 posts
Previous Post
Covid-19, let’s not be overcome by fear
Next Post
Cancer, because the right to be forgotten is important