How important it is to donate blood 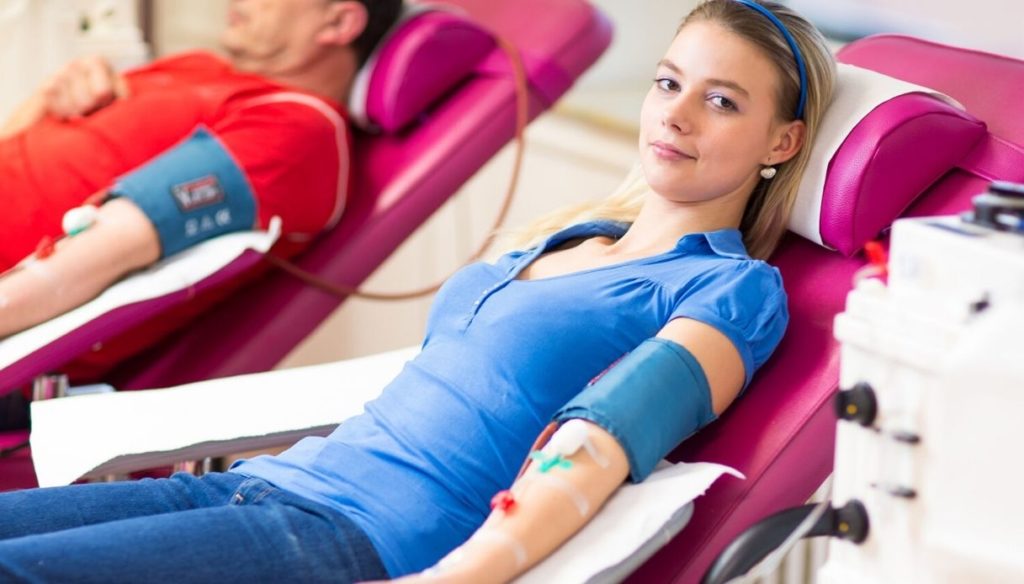 Blood donation can help those who suffer serious accidents or complex surgical interventions, but also patients suffering from particular pathologies

Italians? A people who know how to express great solidarity. Also and especially in the summer months, when donating blood can be even more important to save a life or to allow a sick person to face a pathology that can be kept at bay thanks to blood or its components. And then? So let's remember to make a simple gesture that can prove decisive.

When the transfusion is needed

Do not think only of the need to give blood back to a person who has lost a lot, perhaps due to a serious accident or a particularly demanding surgery. In these cases it is certainly necessary to have spare blood available, to compensate for acute deficiencies.

However, we must not forget that there are pathologies in which blood transfusion is a real lifesaver. Do you want some examples? Think of Beta-Thalassemia, a genetic, hereditary disease that can be diagnosed from the very first years of life.

People with this disease have both parents who are carriers of the genetic defect. In Italy, it is estimated that individuals with thalassemia major, the most severe form, are at least 7,000 and healthy carriers are over 3,500,000.

The impact of Beta-thalassemia on the quality of life of patients is very heavy, especially due to the transfusion on which these people depend for their survival and which will remain a non-surmountable treatment for many years.

For the future, the hope of a life without transfusions is linked to the advent of gene therapy, from which, however, only a part of the patients will benefit; the others, however, will still be able to take advantage of innovative drug therapies that can reduce the transfusion requirement, without eliminating it.

Another type of blood pathology that may require regular transfusions as a cure are myelodysplastic syndromes, diseases characterized by the uncontrolled proliferation of hematopoietic stem cells, which can no longer properly mature and consequently ensure normal production of red blood cells, white blood cells and platelets.

The most important symptom is anemia, even severe, which requires blood transfusions several times a month. The transfusion is useful because it offers the patient what his marrow cannot produce even if, when the anemia is severe, the person's general health conditions are severely affected. Consequently, transfusion-dependent anemia is a very critical condition for patients, often elderly and with associated pathologies.

Where are we at

According to the data released on the occasion of the Day dedicated to blood transfusions, donors in Italy in 2019 were just under 1,700,000. This is a substantially stable figure, even compared to the previous year. To say this is the information communicated by the National Blood Center.

Fortunately, donors rise in the younger age group, with an increase of 1.6% among the population aged between 18 and 25 years. There are various data relating to the other registry bands, where there is a percentage drop in the number of people offering their blood. If we then have to talk about records, remember that the most virtuous region is Friuli Venezia Giulia, considering the number of donors compared to the population. Followed by the inhabitants of Molise and Sardinia.

Gianluca Zompi
2069 posts
Previous Post
Caterina Balivo, beautiful in white. And a detail does not go unnoticed
Next Post
Adriana Volpe in crisis with her husband. He replies on Instagram