How the sensory deprivation tank works 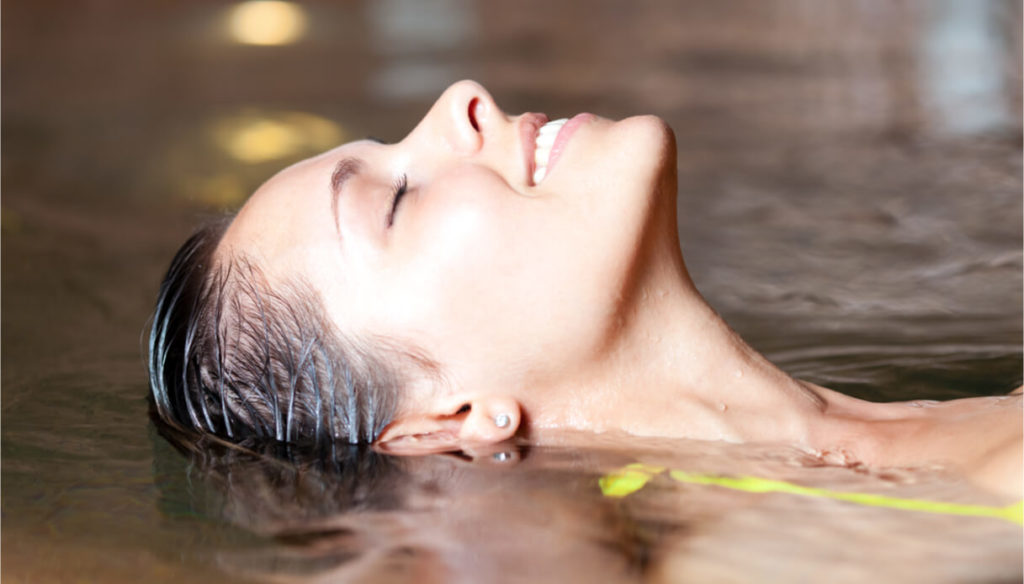 The sensory deprivation tank is a practice that eliminates any type of tactile and thermal sensation with great benefits for the mind: find out more in this article

It was invented to understand the functioning of the human mind, but today the sensory deprivation tank, also called "floating" is used above all as a method of relaxation. In fact, there are many spas that make them available to their customers, giving them an experience that many have compared to a "return to the mother's womb". Are you curious to find out how the sensory deprivation tank works and what are its benefits? We explain it to you in this article.

What is the story of the sensory deprivation tank

The sensory deprivation tank is an invention of John C. Lilly, a US neuropsychiatrist. With the aim of studying the changes produced in the brain by a condition of extreme isolation, in the 1950s he designed devices that he called "sensory deprivation chambers", that is, machines that minimized the activity of all the senses. From her experiments, Lilly found that these devices allowed for a very special experience: staying for a certain period of time inside these rooms produced a relaxing and regenerating sensation. However, since the neuropsychiatrist was considered exclusively an eccentric person, his studies, at the time, were not taken seriously.

Over time, interest increased, and Lilly's experiments were resumed in various locations and sensory deprivation tanks installed. At first the properties of the tanks for military purposes were studied, as they were able to strengthen the body and mind. Subsequently, NASA used them instead in the preparation of astronauts. However, it was the 1970s that sanctioned the spread of sensory deprivation tanks. The first to use them were professional athletes, who found their usefulness during the muscle recovery phases. Later their use spread to spas and wellness centers, which are still the main places where you can take advantage of these practices.

How a sensory deprivation tank works

The sensory deprivation tank is a fiberglass shell, inside which is contained a hypersaturated solution of magnesium sulphate, constantly kept at a temperature of 34.8 ° C. Absolute darkness and silence are then recreated, in order to cancel all external stimuli. When a body dives into the tank it begins to float on the surface of the liquid, which is only 20 cm deep. The body begins to feel the first signals after about half an hour of suspension: the perception of the body boundaries vanishes and a sensation of deep relaxation is generated, called the "parasympathetic response". The body, relaxed by the constant effort to monitor body temperature and gravity, begins to produce endorphins, which in turn eliminate body tension and stress.

What are the benefits of the sensory deprivation tank

As already mentioned, the sensory deprivation tank benefits especially the nervous system. Immersing yourself in these devices in fact sets in motion an activity different from the usual in our body, very similar to that obtained with states of meditation. It is therefore an extremely calming and relaxing experience, which also reduces states of anxiety. At the same time, several studies have shown that diving into one of these tanks also provides significant aids to our health.

In particular, it helps to calm any type of muscle pain and prevents frequent problems, such as migraines or menstrual colic. Even pregnant women can find considerable relief from the tensions and pain that often afflict them in the practice of floating. The sensory deprivation tank also stimulates creativity and increases intellectual skills, precisely because it puts the brain in a position to “regenerate” and therefore to approach new challenges with greater freshness.

What are the contraindications of the sensory deprivation tank

While most people who have experienced the sensory deprivation tank were particularly happy, there are also detractors. In fact, someone speaks of a sense of anguish generated by breaking contact with reality, which is why experts advise against the use of these devices for those who do not enjoy full mental stability. Similarly people suffering from low blood pressure or epilepsy should avoid this type of experience. Floating is also strongly not recommended if you have serious wounds or lesions on the skin, which the substances contained in the water of the tub could further aggravate.

Maria Teolis
2645 posts
Previous Post
Alessia Marcuzzi, on Instagram the latest bikini of the summer is amazing
Next Post
Who is Paolo Sopranzetti, Anna Foglietta's husband