How to adopt a child, in Italy and abroad 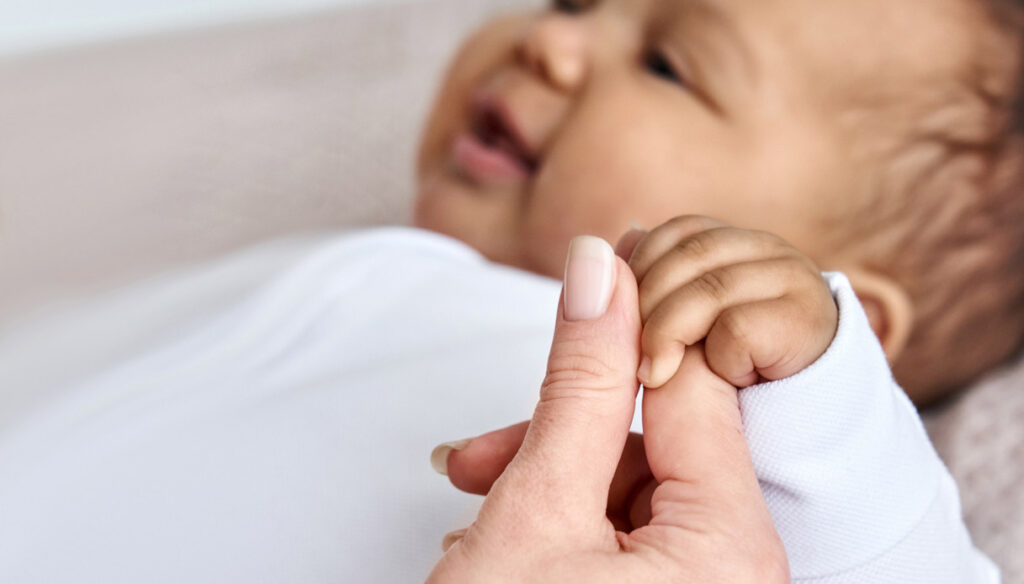 The necessary requirements, the procedure to follow, who to contact, the times. Ivana Lazzarini from ItaliaAdozioni answers our questions about adoption

«Mother is not just giving birth to a child. One can be such by giving love to a creature that he adopts in order to raise her as yours ». Following the publication of our story The pain of not having become a mother, this comment written by a reader prompted us to tackle the issue of adoption. We turned to Ivana Lazzarini. Ivana is president of the ItaliaAdozioni association, as well as family mediator and adoptive mother of a girl and a boy. We had a long chat with her who answered many questions related to the topic. He explained to us what are the requirements you need to have to apply, how to start the process for a national or international adoption, what are the things you need to be clear about to become an adoptive mother. And finally she told us, no less important, how she made this decision herself. Enjoy the reading.

How to adopt a child: the requirements

First of all, you have to be married. According to Italian law, the requirements are marriage or cohabitation prior to marriage: the couple must have been stable for at least three years. So either at least three years of marriage or three years of proven cohabitation, then convoluted in a marriage. It is not necessary to own a house but it is enough to have one for rent, only one of the two components of the couple can work, as long as he is able to educate, instruct and maintain the minor that he intends to adopt. There must be no de facto separation going on either. Also according to the law there must be a maximum of 45 years and a minimum of 18 years of difference between the adopter and the adopted, even if what moves the courts and social services is the common sense of biological filiation. If there is an adoptable baby, a young couple will be sought. If the child is of school age, he will look to a more mature couple. “The best interests of the child” are placed at the center of every decision. You can give availability for national or international adoption, or for both.

Adopt a child in Italy

What needs to be done at this point? "You can go to the adoption chancellery of the Juvenile Court of reference or on the website of the Court itself (here you will find the references of all the courts present in Italy, or the list organized by Regions, ed.) And download and compile the forms necessary to present one's readiness for adoption. In this way you begin to think of a concrete child, no longer an idea because you have to mark with crosses the willingness to adopt minors of other ethnic groups, siblings, children with special needs, the handicapped, just to name a few. You turn to the court of residence but you can extend your availability to more courts for minors, always giving notice to the court of reference ". At this point the court calls the territorial services of the couple's municipality of residence and requests an acquaintance with the couple. A journey begins with the team, usually a psychologist and social worker, which can be made up of couple, group or individual meetings and at the end of these an editorial is drawn up, read first to the couple and then passed to the court. You are entered into a database and your willingness to adopt is valid for three years.

"After all the above path, let's now explain how to proceed with an international adoption to become a multi-ethnic family. "Once the dossier drawn up by the social services arrives at the court, an honorary judge is summoned for an interview that focuses on the intention of wanting to make an international adoption. The judge draws up a second report ». You will be asked if you already have an authorized reference body, if you have already thought about a particular country. The final decision rests with the Council Chamber, made up of professional judges (psychologists and social workers) and honorary judges (magistrates), who read both reports and decide the suitability or non-suitability for international adoption ". To achieve international adoption, a reference body is needed. Since 1993, the Commission for International Adoptions (CAI) has existed in Italy, which authorizes intermediary bodies between the foreign state and the Italian couple who want to adopt in that country. Once the couple has received the decree of eligibility for international adoption, they have one year to choose the institution and give it the mandate to find her child in the world for her. A piece of advice from Ivana Lazzarini: "Look for an entity active in several countries, because it may happen that due to political instability or other particular events, a particular country blocks international adoptions (here you can find the register of authorized entities, ed.). 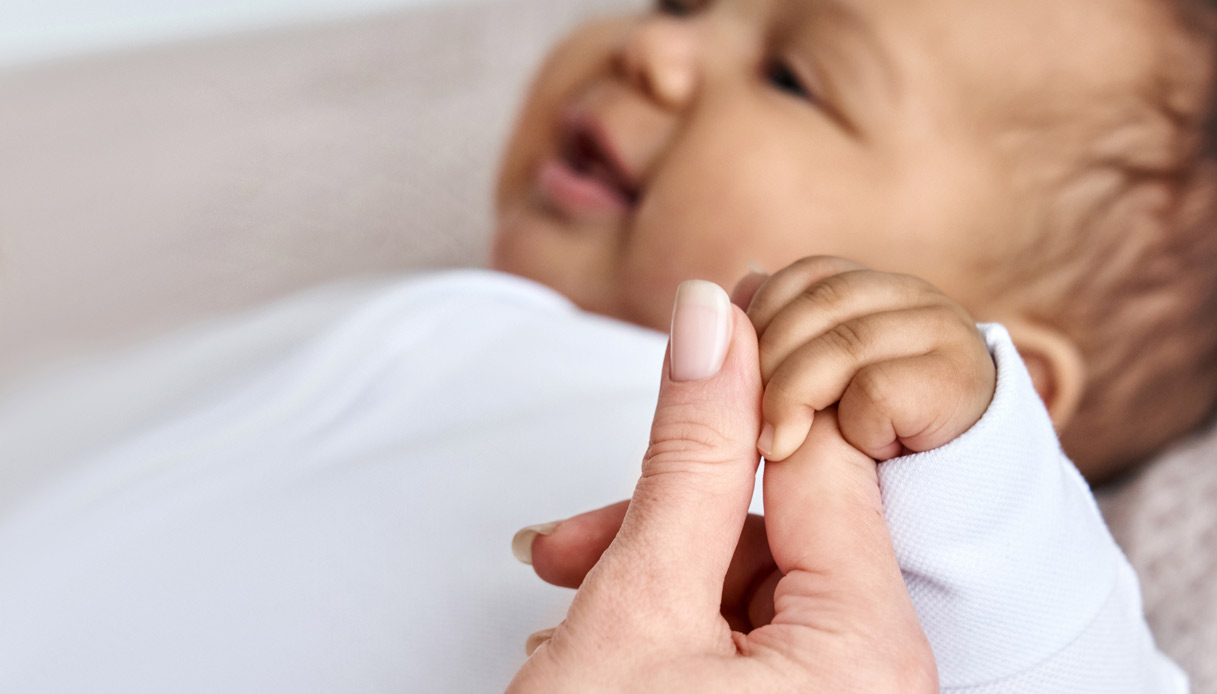 Am I ready to become a foster mom?

We asked Ivana if there is a question that a woman or a man should ask to be sure (or certain) that adoption is the way to go. Ivana Lazzarini answers us like this: "Adoption is made up of two needs that meet: that of a couple to become parents and that of a child to become a child. But the center is not you, the missing mom or dad, the center is the child who is already there and his right to have a family ". Usually the decision matures first in one of the two of the couple. But when you start the journey, you do it in two, there must be determination on the part of both. "Adoption for fathers is in some ways more engaging, because you are both" pregnant "in the same way and right away. In biological parenthood, perhaps the father becomes "really a father" only after the birth of the child. In adoption, parents become parents together, at the same time. Furthermore, it sometimes happens that at the beginning children literally fall in love with their fathers before their mothers, because in the institutions the children are mostly in contact with female figures and it does not seem true to them that they finally have a boy, a father who takes care of them. " We must be clear about this: «A child born to you biological mother does not have a story before you. An adopted child, on the other hand, has a story before you. His story is important to him and to the whole family. Accompanying, explaining, telling, “sewing” the before with the after is one of the tasks of the adoptive parents ».

The story of Ivana Lazzarini (read it)

“When my husband and I were certain that we would never be able to have children, we went through great pain. With a considerable amount of effort, we looked beyond this suffering and decided to explore two paths. We went to a doctor who explained the process of assisted fertilization. Then we went to a knowledge and training course on adoption. It was a weekend in July. They divided us and I found myself alone in a group of people I didn't know. They chose me for a simulation. I was supposed to be a mother, together with a handsome, well-placed man with a beard who would have been a father. A blonde lady would have been Anna, our 6 year old daughter. I am brunette and curly. The psychologist who led the meeting made us sit in the middle of the circle and introduced us to the group: "We are in Brazil and after two years of waiting, this couple is finally about to meet little Anna in the orphanage, who will become their daughter". Anna came and said: “I didn't want a mother like that. I wanted a mom like me, blonde and smooth. And not even a dad like that. I wanted a dad who looked like a prince charming ”. The psychologist told us: "What do you answer?". Here, at that moment a tsunami overwhelmed me: nothing came out of my mouth, I was made of stone, but my heart, open, was beating madly. And just in that moment I finally understood: the center was Anna and her expectations, not mine. And in my heart, Anna began to find a place and with her the children waiting for their mom and dad. Forever. This is adoption ".

Adoption is a winding road. It is a path of pure love, which, like true love, must be strong and not hesitate. If you are ready to travel it, have a good trip future mothers and fathers.

Ilaria Barabrossa
1555 posts
Previous Post
Can Yaman and Diletta Leotta: "A missed trip behind the crisis"
Next Post
Bosu: what it is, benefits and exercises