How to improve mood with natural remedies 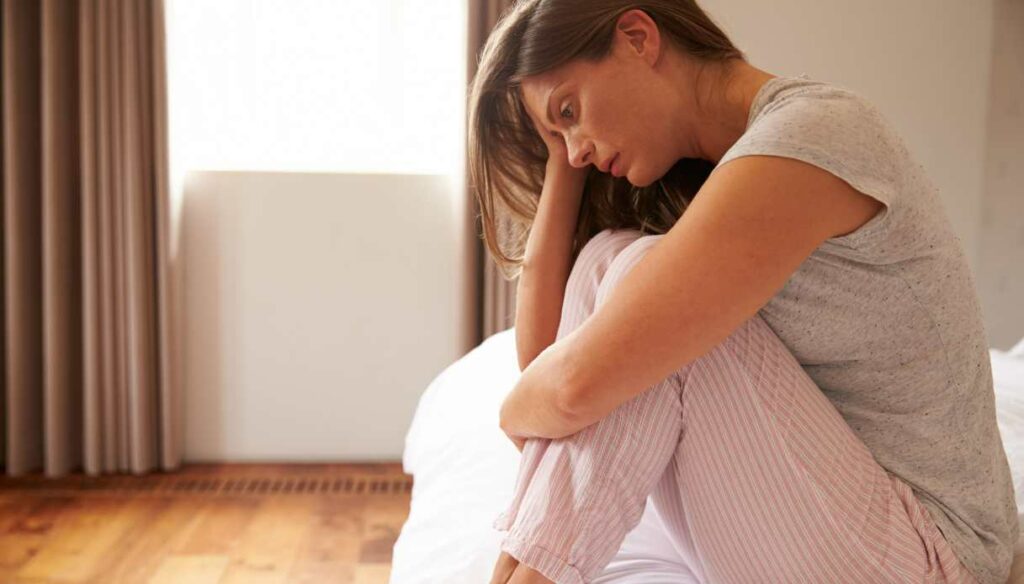 What to do to lift the mood and regain enthusiasm, joy and energy when we see everything black

Mood disorders, including mild depression, are very common and affect a large part of the population. Adult women suffer most from it, but mood disorders can appear at any age and regardless of gender. The causes of bad mood depend on a set of genetic and environmental factors and are linked to an alteration in the levels of some neurotransmitters and hormones and their receptors, including norepinephrine, serotonin, dopamine and cortisol, with consequent dysfunctions at the expense of the emotional sphere and cognitive functions.

When the mood lowers, it is possible to experience feelings of sadness, irritability, fatigue, lack of concentration, loss of interest in daily activities, even pleasant ones. Often the bad mood is accompanied by recurrent negative thoughts, chronic pain, sleep and appetite disturbances, weight changes and an increase in inflammatory states. In most cases, these are mild or moderate symptoms that appear as a consequence of triggering events such as bereavement, loss, trauma, and that resolve in a short time. In some cases, however, depression can occur even in the absence of a real cause, with more severe symptoms and for longer periods.

When the mood lowers, it is possible to intervene on several fronts to counter sadness and apathy and regain enthusiasm and joy. Whether the mood disorders are due to an external event or if the cause of "feeling down" is not known, it is advisable to first contact a psychotherapist, especially if the symptoms occur frequently or last more than two weeks. .

Nutrition is also a fundamental aspect that we tend to neglect when the mood lowers: it is not uncommon that precisely because of the bad mood we tend to eat worse than usual, seeking gratification in sweet foods. However, poor nutrition is the enemy of mood and can contribute to worsening symptoms. Better to choose a diet rich in colorful fruits and vegetables and tasty but balanced dishes that, in addition to supporting the mood thanks to vitamins, minerals, flavonoids and minerals, help to counteract inflammation and bring joy to the plate.

Physical activity is also of vital importance to raise mood, since thanks to movement it is possible to modulate the hormonal response by increasing the levels of dopamine, endorphins and serotonin, improving mood and raising the pain threshold, including psychological . To benefit from physical exercise, it is sufficient to engage in a pleasant activity for 40-60 minutes a day, such as a brisk walk in the fresh air.

To promote relaxation and raise the mood, breathing exercises and meditation techniques are very useful, which help to focus on oneself, to reduce negative thoughts and to find inner peace in case of agitation, anxiety and irritability. Since there are physiological mechanisms at the basis of bad mood, mild depression can also be countered with valid natural remedies capable of acting on the neurotransmitters involved in mood.

Below is a list of the best effective natural remedies to lift the mood.

Hypericum is probably the most widely used phytotherapeutic and herbal remedy for mood disorders. In fact, St. John's wort has shown the ability to decrease the reuptake of norepinephrine, dopamine and serotonin and to increase the density of serotonin receptors, increasing the levels of this transmitter. Hypericum is effective against mood disorders after about a month and a half of use. It is taken in the form of dry or hydroalcoholic extract but, since it has numerous interactions, it is good to ask your trusted herbalist for advice and inform him about any therapies in place before starting a treatment with St. John's wort.

Griffonia is effective in the treatment of mood disorders thanks to the content of 5-hydroxytryptophan or 5HTP, a precursor of serotonin. This remedy improves mood and counteracts insomnia, body weight gain and chronic pain.

Rhodiola is a remedy known for its immunostimulating and adaptogenic properties and is also a useful plant in case of mood disorders. Rhodiola can improve mood and counteract nervous hunger and excessive fatigue in case of severe stress.

Saffron, a precious spice used in cooking, is an effective remedy for mild depression and excessive stress. It works thanks to the presence of molecules called crocin and safranal which work by inhibiting the reuptake of dopamine and serotonin.

Chamomile has always been used to promote relaxation and sleep, thanks to its mildly sedative and calming action. Chamomile flower heads also have anti-inflammatory, pain-relieving properties and have shown promise against mood disorders. In the form of an infusion, it is indicated in cases of stress, anxiety and mild depression.