How to recognize and deal with endometrial cancer 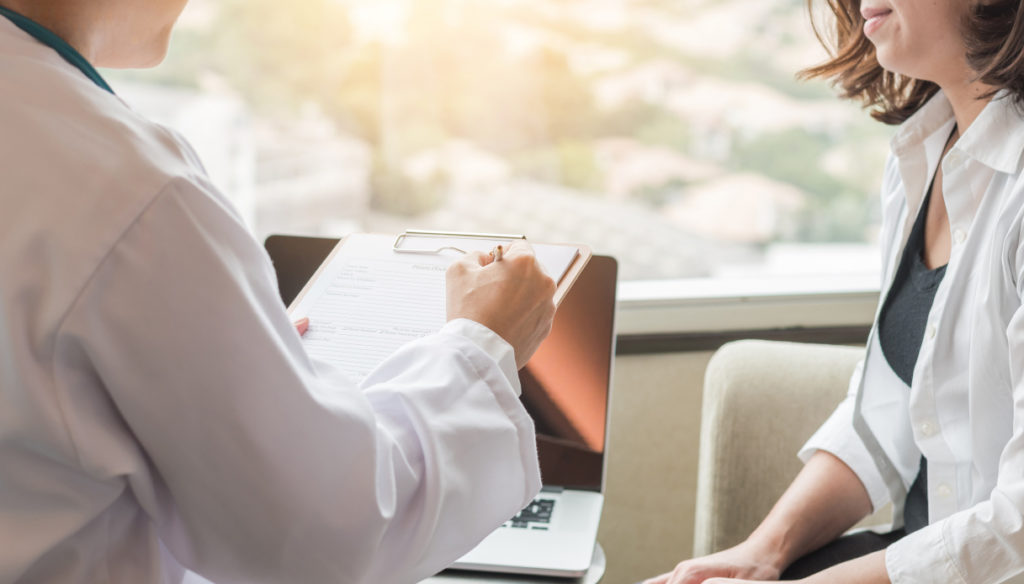 It is a type of cancer that develops more frequently with the onset of menopause. What are the symptoms to recognize it and what attention should be given to our lifestyle.

Beware of blood loss after menopause, or when it is not "regulated" by the menstrual cycle during the fertile life. If they show up, you need to talk to the gynecologist: they could be an alarm signal not to be underestimated, especially in the age group between 50 and 70. Sometimes, in fact, they can indicate the presence of an endometrial tumor, typical of post-menopause and more common than believed, so much so that it is the fourth cause of cancer in women.

We focus on prevention and early diagnosis

Beware of habits. This is the first rule of prevention in oncology, and certainly endometrial cancer, which originates from the innermost part of the organ mucosa, does not escape this indication. In particular, it seems that obesity and overweight increase the risks of developing it, so a healthy diet (pay particular attention to saturated fats and excess red meat, as well as too many simple sugars, too many calories and lack of fiber) and regular physical activity are fundamental preventive factors. For the rest, the hormonal situation could also play a role and should be reported to the doctor, especially if the menstruation came very early, if the menopause is late and if there were no pregnancies. Particular attention should then be paid to possible hereditary or even genetic factors, such as Lynch syndrome (well known for its correlation with a greater risk of colon cancer) significantly increases the risk of developing this form. In this sense, obviously when there have been cases of illness in the family or in any case if there are specific risks, it is important to "target" the situation directly with periodic visits and checks with transvaginal ultrasound, to quickly identify any injuries. In terms of signs and symptoms, in addition to the abnormal blood loss typical of the early stages of the disease, when the picture progresses, pains in the lower abdomen and lower back can also occur and above all the swelling of the lymph nodes, the classic "glands", in the groin, which can also cause swelling in the legs.

In this way it is possible to hypothesize the presence of a potentially “fearful” lesion. And it is at this point that the specialist proceeds with a specific endoscopic examination, called hysteroscopy, which allows not only to view the mucosa of the organ directly from the inside but also to take small tissue samples that can then be examined. If the test proves positive, then, the doctor can prescribe specific radiological tests to assess the local and remote situation well, defining the ideal treatment path for each woman based on her condition and the spread of the disease. Generally in the initial stages and beyond, a surgical removal of the uterus is carried out, which is almost always associated with the removal of the ovaries, tubes and lymphatic glands closest to the area. Then, case by case, we can also think of supportive treatments, to reduce the risk of the tumor recurring, ranging from radiotherapy, sometimes very localized, to targeted chemotherapy. If, however, as unfortunately can happen, the lesion is recognized when it is already in an advanced stage, the treatment is studied using the different weapons in the hands of the specialist. It should not be forgotten that, in the less severe forms with a slowly growing tumor, treatment with hormones can also be of significance. Once these therapies have been completed, the path of monitoring and control of the lesion then begins, according to stages and tests that must be identified case by case, to give the optimal response to each woman.

Gianluca Zompi
2055 posts
Previous Post
Live, Rita Dalla Chiesa is moved with a tribute to Fabrizio Frizzi
Next Post
Halloween is coming: here are some ideas for looks