How to take advantage of downtime to exercise 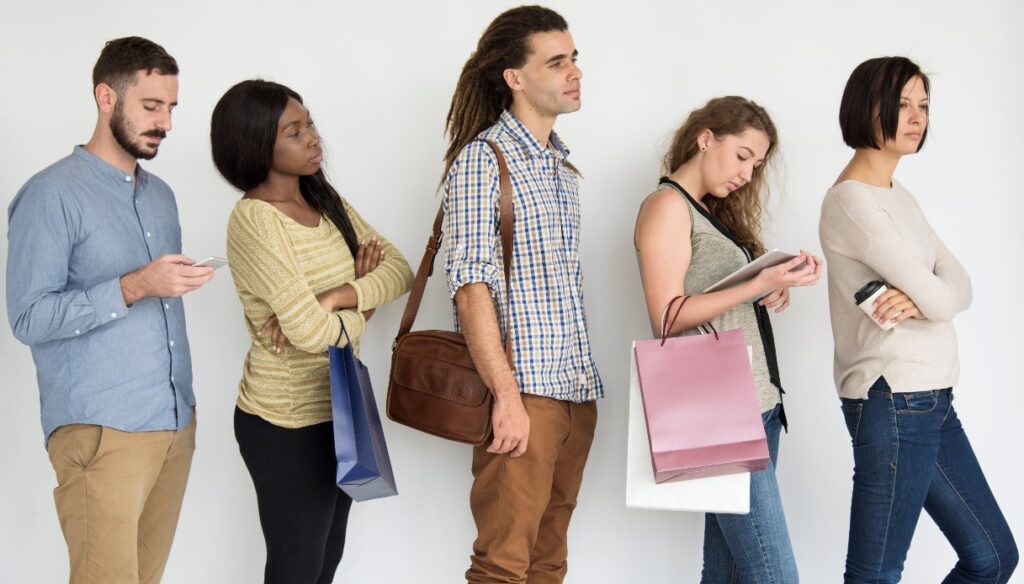 Waiting for public transport or your turn in the long queues at the post office can sometimes be tiring and demanding from a physical point of view. How to fix it?

When we are in line at the supermarket, at the post office or waiting to be received for an appointment, the body is not engaged in any particular movement other than maintaining the upright position. Generally, in this position there is not a great expenditure of energy except that of the antigravity musculature, essential for maintaining the correct erect position, which mainly involves the quadriceps femoris, or the main extensor of the knee, and the gluteus maximus, which constitutes the main hip extensor. There is also a large participation of the erectors of the head and of the column.

Following the maintenance of the same upright position over time, however, some micro-movements are implemented that move the load (normally equally distributed) on specific districts: among the most common positions adopted in long waiting moments, for example, the elevation or forward bending of the shoulders, the support of the load on one leg and the head (hyper) flexed.

To improve our approach, it is first of all important to perceive our position: secondly, it can be beneficial to insert some movements that are useful to counter incorrect habits and actively “fill” the waiting moment. Here are tricks and simple exercises to modify and perceive the load of the body on the legs.

Perception of load and support points

When we are waiting for the subway or the bus to arrive, it sometimes happens that we have to spend a lot of time standing. From an upright position you can try to bring the weight of the body first on one foot and then on the other, trying to perceive when the load is partial, total or perfectly balanced on both feet.

Finally, it is possible to perform the same perceptual exercise by placing one foot in front of the other (without risking losing balance), bending the knees slightly and seeking the load first on the front leg and then on the back one.

Standing exercises during a prolonged wait

In some cases, when there is no possibility of movement other than that of maintaining the erect position, the postural tendency leads to a retraction and a weakening of the muscles that can cause disturbances.

In order to avoid these unpleasant situations, it is possible to include in these moments of various duration some simple exercises with low difficulty and intensity, for example:

The modification of the load and the optimization of the time spent waiting are two factors to be taken into consideration to improve the perception of our body during many moments of daily life.

At a first stage in which to become aware of your standing position, it may be helpful to follow a second step in which to introduce the strengthening of the muscles perceived as weaker and the elongation of the more shortened and retracted one.

Maria Teolis
3321 posts
Previous Post
How to remove the diaper: steps and difficulties to be faced
Next Post
Perfect complexion with BB Glow semi-permanent foundation