Hyenas, Madame and the emptiness of existence: the importance of acceptance 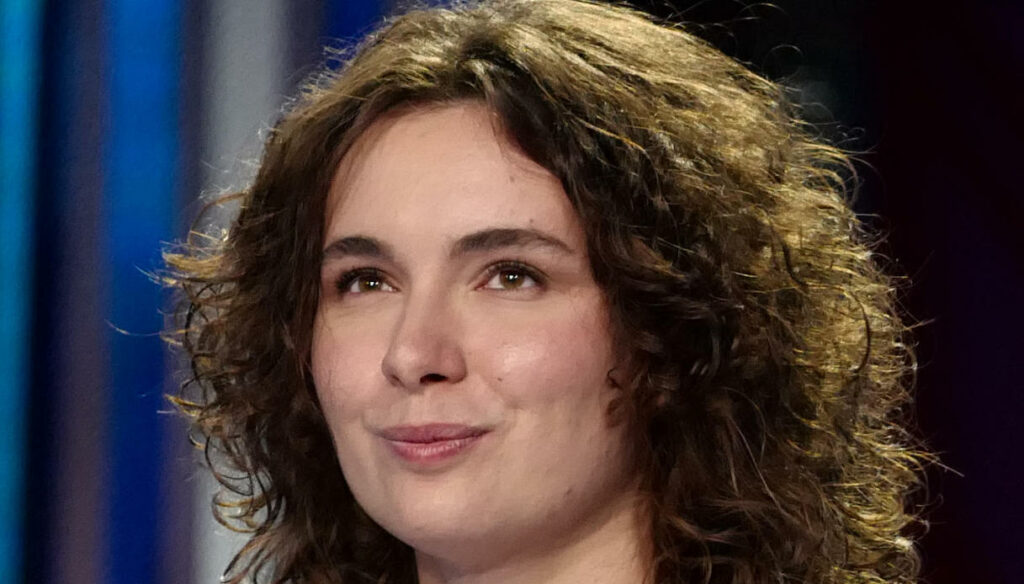 Host for one evening of “Le Iene”, Madame amazed everyone with her monologue on acceptance

From the stage of the Sanremo Festival to that of Le Iene, the step is short: Madame, a very young singer-songwriter and rapper, made her debut as a presenter for one evening alongside Nicola Savino. The artist also proved to be up to the role entrusted to her, after Elodie, Rocio Munoz Morales, Elisabetta Canalis and Paola Egonu.

Le Iene, Madame and the adventure as a presenter

Madame – born Francesca Calearo – is only 19 years old but has already shown a great personality and a talent to sell, just like the colleagues who preceded her on the stage of Le Iene.

Perfectly at ease in the television studios, the very young singer-songwriter spoke with great honesty and frankness about her battle against insecurity, anxiety and lack of self-esteem, which conditioned her existence.

A very honest story that of Madame, made of great suffering, self-discovery and, above all, the ability to accept oneself for who one is, even with defects and distortions. Looking straight into the room, the singer-songwriter confessed to talking about a painful chapter in her life:

Tonight I want to talk to you about something that until a few months ago I did not have: self-esteem. Self-esteem is loving yourself, understanding yourself, accepting yourself, forgiving yourself. We must learn to love everything about us, even the worst parts, the ones that make us suffer, the ones we would like to change. But if we want to change them by hating everything we are, we make a mess. Lack of self-esteem is a bad beast: if you don’t have it, you feel like you’re worthless. I’ve been with me for years and in my life it was all empty. It was horrible, excruciating pain. At that moment I wrote one of my most beautiful sentences: ‘I’m not afraid of dying, but I’m afraid of wanting to die’.

It was not enough to touch the top, with a successful album and the experience at the Sanremo Festival: the anxiolytics, which he took “like water”, were the background to his life. But then that sense of emptiness became unbearable and he decided to say enough. And from there the rebirth began:

I started working every day to find meaning: I looked at the anxiety that had accompanied me in the face and I found a way to eliminate it. I said to myself: ‘Sooner or later you will suffer, but you must not be afraid because if you suffer you will cure yourself, and if you do not cure yourself sooner or later you will die and you know that there is? Everyone dies sooner or later. ‘ We cannot ruin our lives because we are afraid of suffering and for me to understand it was a liberation. I learned not to be a slave to haste, to enjoy the silence, the darkness, I learned to accept the things that happen without my being able to control them, to accept me. I have found meaning in love because I know how to understand and accept myself, and even if I have not found the cure for being sick, I have cured the fear of being sick.

An intense speech that showed the more fragile side of the singer-songwriter: a girl who is only 19 years old, with great insecurities and a weight to carry on her shoulders, not just a young promise of Italian music.

Barbara Catucci
11530 posts
Previous Post
Anxiety about math? Use the Parenting Guides
Next Post
Choosing the foundation: all the tips to find the perfect product