Hyperhidrosis, when sweating becomes a disease 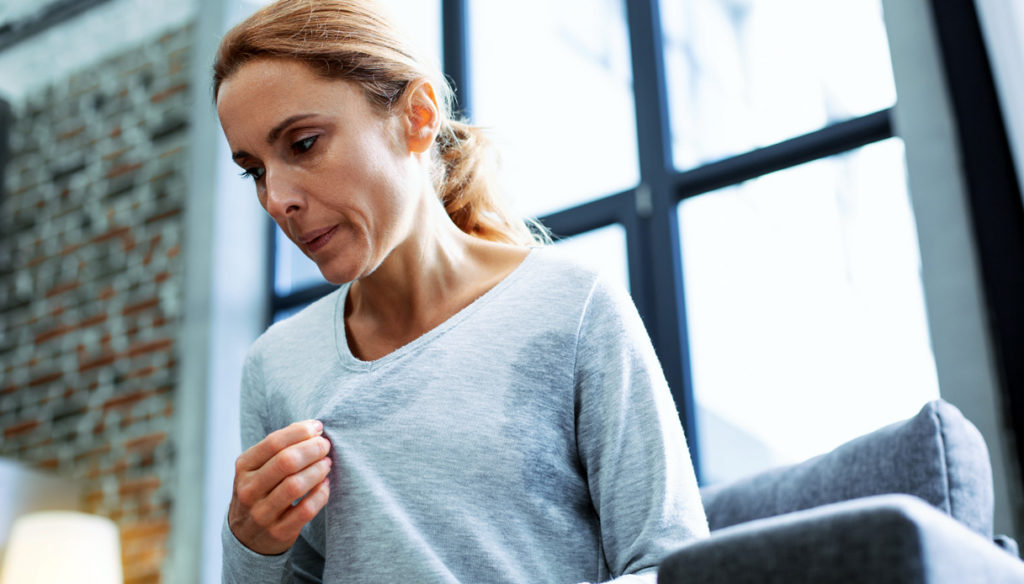 Hyperhidrosis is a strong excess of sweating. It is linked to several factors and is not always a disease. How it contrasts and heals

The great heat arrives, even with peaks of humidity. It is essential to keep the body at the right temperature. In addition to the approximately half a liter of water per day that is lost with perspiratio insensibilis, the body compensates for the increase in temperature with sweat. It is a completely normal mechanism, but in some cases the production is exaggerated. And then the dermatologist becomes the specialist to consult, because he suffers from hyperhidrosis.

Sweat is not all the same

If we sweat with anxiety, sweat is produced mainly by the eccrine glands, which do not induce a particular smell. But it can become a problem when it mixes with other substances secreted by the skin, and in particular by the apocrine and sebaceous glands. In short, not all sweat is the same. Nor does it manifest in the same way in the body.

When it is very hot or after a run, sweating focuses on the forehead, neck, back and chest. When the phenomenon is linked to tension or strong emotions, instead, the classic sweat of the armpits emerges, the one that leaves the annoying halo on shirts and T-shirts, as well as on the palms of the hands and the soles of the feet.

Hyperhidrosis, that is, a strong excess of sweating, in this sense should not always be seen as a pathology and can be linked to the environment, for example when you suddenly switch to a hot and humid climate, or after a physical effort, or in the course of menopause, on the occasion of the classic hot flashes. But it may also have no precise cause. In these circumstances it occurs mainly during puberty, and then fades over time.

The excess production of the sweat glands is mainly concentrated on the palms of the hands, under the soles of the feet and in the armpits. To worsen the picture, in addition to certain pathologies, excess caffeine intake, nicotine from cigarettes or maybe just anxiety can also contribute.

Difficult is the sweat "cocktail" that is created: the sweat of the apocrine glands, which is most affected by the action of hormones such as adrenaline, is produced almost constantly but increases in the presence of hormonal stimuli and intense emotions. Furthermore, it can be attacked very easily by the bacterial flora causing the formation of unpleasant odors, as well as the classic sebum.

Warning: very often the phenomenon can be controlled with deodorants and other strategies such as the use of tannic acid or iontophoresis which temporarily limits the secretion of the glands and therefore changes the action of the secretory cells. Deodorants, in particular, must prevent or mask bad smells but without damaging the skin.

There are several principles that can be used, from antimicrobials up to the classic antiperspirants, passing through covering or adsorbent compounds. The former contain substances capable of preventing the bacterial flora from colonizing skin secretions. Those bactericides kill microorganisms, but despite having a long duration of action they can compromise the physiological balance of the skin. Bacteriostats can limit the growth of microorganisms, respecting more the physiological skin bacterial flora.

Even some natural substances can have this function, such as sage, thyme, lavender or lemon. In other cases, the aim is instead to offer enzymatic substances that are degraded by bacterial enzymes in place of the components of the sebum, thus interrupting the formation of odors, or preparations that prevent the production of the compounds responsible for the formation of bad odor.

When the surgeon is needed

When hyperhidrosis appears uncontrollable, the word can pass to the dermatologist and surgeon. If antiperspirants do not control the situation, one can think of a cure with botulinum toxin placed directly in the areas that produce "too much" sweat. Small and numerous quantities of the drug are injected which after about a week block the nerve transmission to the sweat glands, reducing the secretion for 4-5 months, then the sweating gradually resumes. The treatment has no important side effects: the injections can however give pain, especially in the palms of the hands.

The surgeon, on the other hand, can propose several interventions: one is called sympathotomy. In endoscopy, the nerve pathways directed to the sweat glands are interrupted, permanently reducing sweating. It is an operation that involves minimal incisions, requires a general anesthesia of about 40 minutes and is performed in day-hospital. A rare complication of the intervention is Horner's syndrome which involves a ptosis (i.e. a sort of fall) of the eyelid, while compensatory sweating is more frequent, which can intervene on the areas not affected by the nervous breakdown (5-7 percent of the cases).

If the problem is located in the armpit, you can aim to eliminate the sweat glands located in the area, which are identified with dyes and then removed. The surgery leaves axillary scars that can be annoying in the early days, and can heal in long times (3-4 weeks) due to the area subject to movements and "frictions". The surgery lasts about 20 minutes per side and is performed on an outpatient basis under local anesthesia.