Hypertension in pregnancy, let's control it to protect the heart 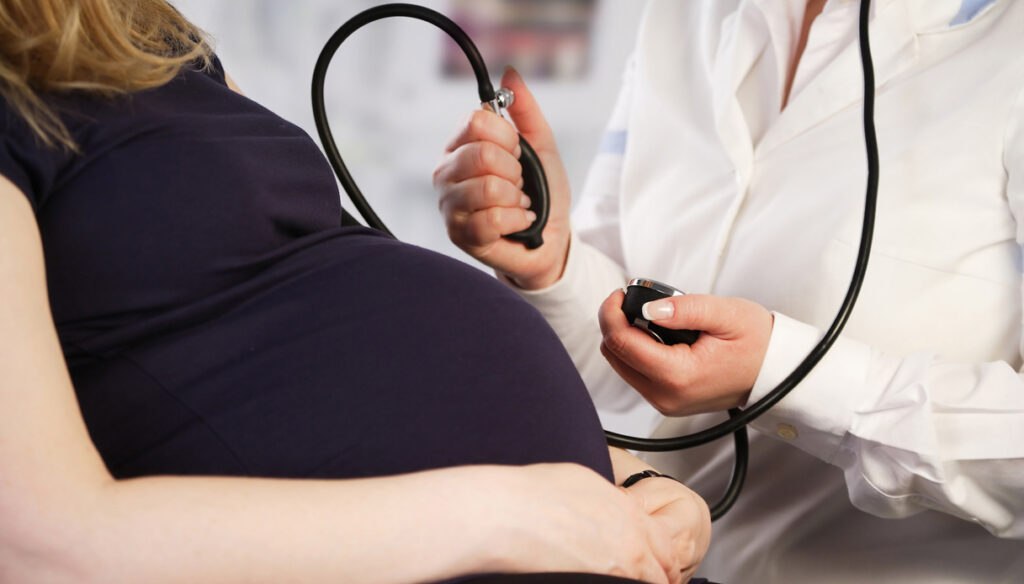 In the case of high blood pressure during pregnancy, it is essential to monitor heart health to avoid future risks

Keep an eye on blood pressure in pregnancy. And if your gynecologist notices that he is having a tantrum, in what is called gestational hypertension, do not forget to pay particular attention to heart health in future years.

In some way, in fact, sometimes the increases in pressure during pregnancy can predispose to having heart problems later, even decades later, because the picture that is created during gestation could lead to functional alterations of the organ, compared to what is observed in women who have not had problems of this type in the "nine months".

Underlining how important it is to follow these aspects over time is a study that appeared in the Journal of the American College of Cardiology, conducted by experts from the Magee-Womens hospital at the University of Pittsburgh.

The survey showed that when pregnancy complications such as hypertension or preeclampsia develop, the risk of heart disease and heart failure development would increase, given that already ten years after childbirth in women who have once this situation occurs, changes can occur in the left ventricle, which has the task of pushing the blood into the aorta and therefore to the whole organism. All this, mind you, without any symptoms.

Research has shown that in women who had gestational hypertension or other problems related to an increase in blood pressure in nine months in four out of five cases, if the picture was not corrected even after the end of gestation, there was a thickening of the wall of the left ventricle.

The result of this anatomical alteration is that this elastic cavity becomes more rigid and less ready to react to stimuli, with the result that the ventricle itself does not fill completely with blood and over time can tend to wear out. This situation was observed only in little more than one out of three cases in women with hypertension exclusively during pregnancy, in about 46% of cases of hypertension present at the time of control and in less than four out of ten cases when there is none. nor was there high blood pressure. The warning is therefore simple.

It is necessary to remember to regularly check the blood pressure, which can become a real "silent killer" for the heart, since, as the study reports, none of the women observed (also because they were still at a young age), showed any health-related disorders of the heart.

Obviously the American observations will have to be confirmed by other studies, but they are nevertheless very important and remind us of the need to carefully monitor blood pressure. This does not mean that hypertension in pregnancy and preeclampsia must be monitored and the alterations that are observed must be reported to the gynecologist as soon as possible.

According to scientific studies, the risk of preeclampsia is around 5 percent but appears destined to increase in the future, given that the age of pregnancy is always moving forward and overweight and diabetes are also increasing among women. The first sign that must alarm is an increase in blood pressure: if it is true that during pregnancy it can rise naturally (according to experts, values ​​of 140/90 can also be "tolerated", respectively for maximum and minimum, which instead would be considered in general terms), it is equally undeniable that hypertension is a factor to keep in mind.

Another element to consider is the loss of protein with the urine, or proteinuria, which may indicate kidney suffering. The pregnant woman who faces this problem may then report unexplained abdominal pain, headache, vomiting, even tremors and weight gains of even a few pounds in a few days. Obviously, the relationship with the gynecologist who follows the pregnancy is essential to identify any problems.