I smoke, the sooner you quit the better 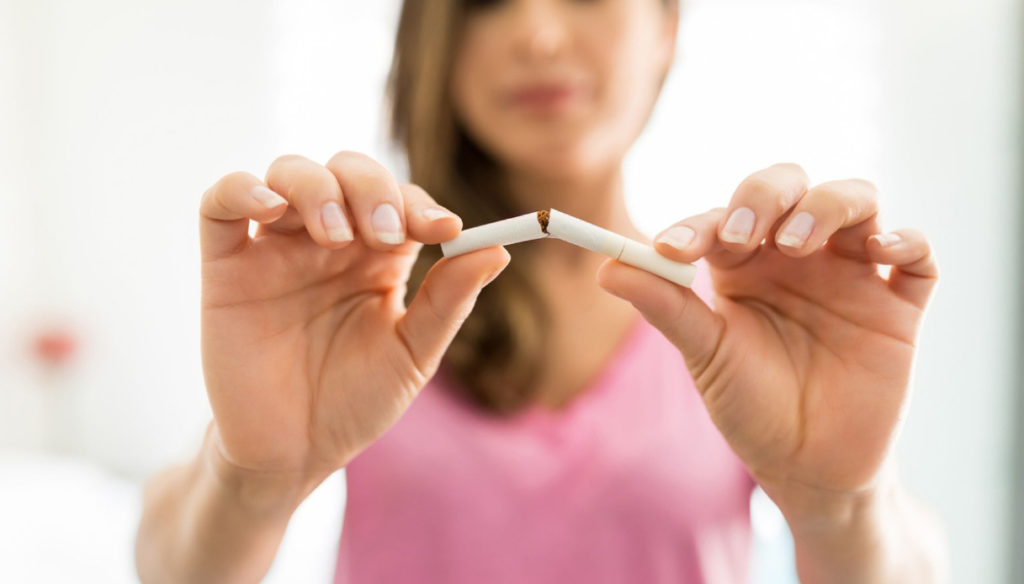 As evidenced by a recent study, the longer the smoking habit continues, the greater the health risks

The ideal is not to start, keeping away the call of cigarettes. But if you have really fallen into the trap of smoking, know that the sooner you quit the better. So do not propose long-term plans, perhaps providing for the abandonment of cigarettes within a few years, setting more or less acceptable dates. Even science says that the longer the "vice" continues over time, the greater the risks to future health.

Lungs (and not only) in danger

It doesn't just matter how much you smoke every day, but also how many years you have been addicted to cigarettes. As a reminder, taking into consideration above all people older in age (the information emerges from the NHiS, a sort of sample survey on the American population focused on those with white hair), is a statistical research that appeared in National Health Statistics Reports.

According to the details of the same, the longer you smoke, the greater the health risks in terms of general well-being and above all the appearance of chronic obstructive pulmonary disease (Bpco) as well as other chronic diseases affecting the heart and vessels. blood.

To reach this conclusion, the experts examined the information relating to those who managed to quit smoking, considering the time of "belonging" to the smoking community and therefore characterizing four different groups: those who lit the cigarette for 10 years or younger, more than 10 years and less than 25 years, 25 to less than 40 years and 40 years or more.

The results were extremely clear: nearly one in three people who had smoked for more than 40 years had poor health in old age, with a steady decline in the percentage based on time. There was 23% of poor well-being in those who had over 25 years of smoking, to then drop towards 18 among smokers who had repented within 10 years of the first cigarette.

Particular attention was paid to respiratory health and in particular to BPCO, a pathology for which smoking represents the main risk factor (as regards the data of the study mentioned above, the picture was found in one case out of three of those who had smoked for a long time). In conclusion, it must be said that the study did not consider the number of cigarettes smoked daily but only the persistence of the vice over time.

Pay attention to the breath

You breathe badly, you almost always have a cough and, at times, you run into a fever, because in the bronchi full of mucus, bacteria develop at great speed, giving rise to repeated infections. This could be the identikit of chronic obstructive pulmonary disease or BPCO, an acronym that identifies two very common diseases, especially among the elderly: chronic bronchitis and pulmonary emphysema.

But what happens in the bronchi of those suffering from this pathology? The difficulties in letting the air out of the lungs and therefore in letting in the new one, rich in oxygen, recognize two different causal elements.

In the case of emphysema, the problem is mainly linked to the progressive destruction of the pulmonary alveoli, which represent the anatomical "station" in which exchanges between air and blood occur.

In practice, it is in the alveolus that the blood leaves the carbon dioxide and other toxic substances recovered by the body and recovers the oxygen that must reach the whole body. As these "stations" are destroyed, the possibility of this exchange is reduced and, consequently, the blood circulating in the body is less and less useful.

In the case of chronic bronchitis, however, the basic mechanism consists in the reduction of the diameter of the airways, which leads to an objective difficulty for the air to enter and exit the respiratory tract. If you then think that these two diseases are often associated in the same individual, this explains how heavy the damage to breathing is to bear, and ultimately to the entire body.