It is one of the most beautiful declarations of love in recent years and is aimed at what is most precious: our Earth

As a thought addressed to a lover with whom we have not behaved in the best possible way, as a nostalgic declaration to someone whose value we only understood in retrospect, rediscovering the greatest of feelings. That “I love you again” that appeared in Turin is indeed the expression of an overwhelming emotion, but it does not concern only two people: it concerns the tormented love story between human beings and the Earth.

It is for her, it is for this Planet so mistreated that on the night between 28 and 29 March as many as 150 people met in Piazza San Carlo, in the heart of the Piedmontese capital, and shared six hours of continuous and precise work, because each letter was visible from every angle and so that the message, seen from above, was crystal clear.

“I love you again”: a Turin band behind the declaration

“Armed” with scotch tape and white chalk, this group of men and women created a letter in large letters following the intentions and directives of the creators of this message, the Eugenio In Via di Gioia. The reason why the Turin band (which also participated in the Sanremo Festival a couple of years ago) had this idea is as simple as it is devastating: the musicians wanted to turn the spotlight on the devastating effects of climate change and the negative impact. of man on the planet. 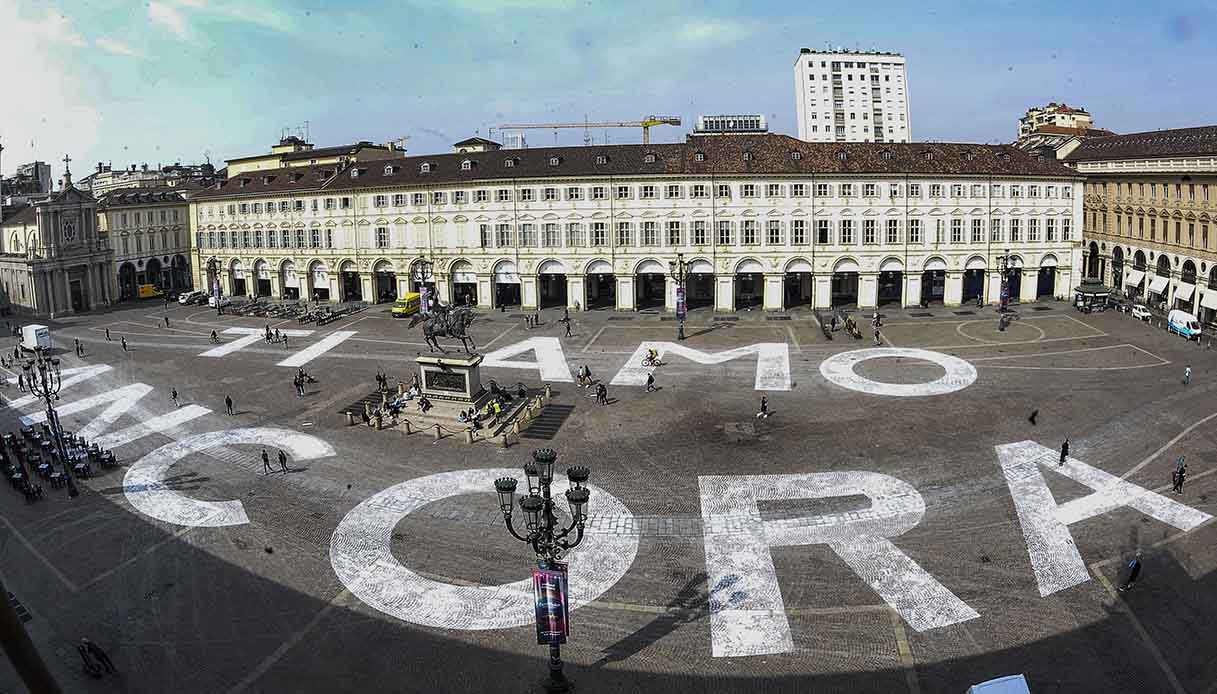 “I still love you”, the gigantic writing appeared in Piazza San Carlo in Turin

For the uninitiated, the city of Turin has gone through a long, very long period of drought: 110 days without rain. It was the second longest drought in the city’s history in the past 65 years. In addition, even in the Piedmontese capital, as in many Italian cities, the levels of smog are at an all-time high.

Looking around, noticing how the places where we live and where we move seem to suffer and give less and less hope led the band, always attentive to environmental issues, to organize a flash mob. Everything was managed by contacting fans and associations, in a silent way, without fanfare. So much so that, when the writing appeared, many wondered who the authors were, if there was a finished love behind it or if it was a marketing operation.

I still love you: the Eugenio’s words in via di Gioia

Neither one nor the other, therefore. That “I still love you” is not a romantic gesture or the basis for a successful brand advertising campaign. It is a way to raise awareness, to invite a lifestyle that does not harm but is good for the environment. A sustainable lifestyle, which acknowledges the fact that the Earth must be preserved. This is what the Eugenio family wrote in via di Gioia:

“I still love you. A sincere declaration of love. A proactive awareness of a land that needs to be treated. Towards an economic, social and environmental world that must be revolutionized. The rain, tomorrow, will wash the writing in a few minutes. The unbreathable air of our city, the disastrous consumption of our planet, the inconsistent project for the future for the new generations will remain there, under the eyes of all, as always, invisible. All this is no longer possible ». 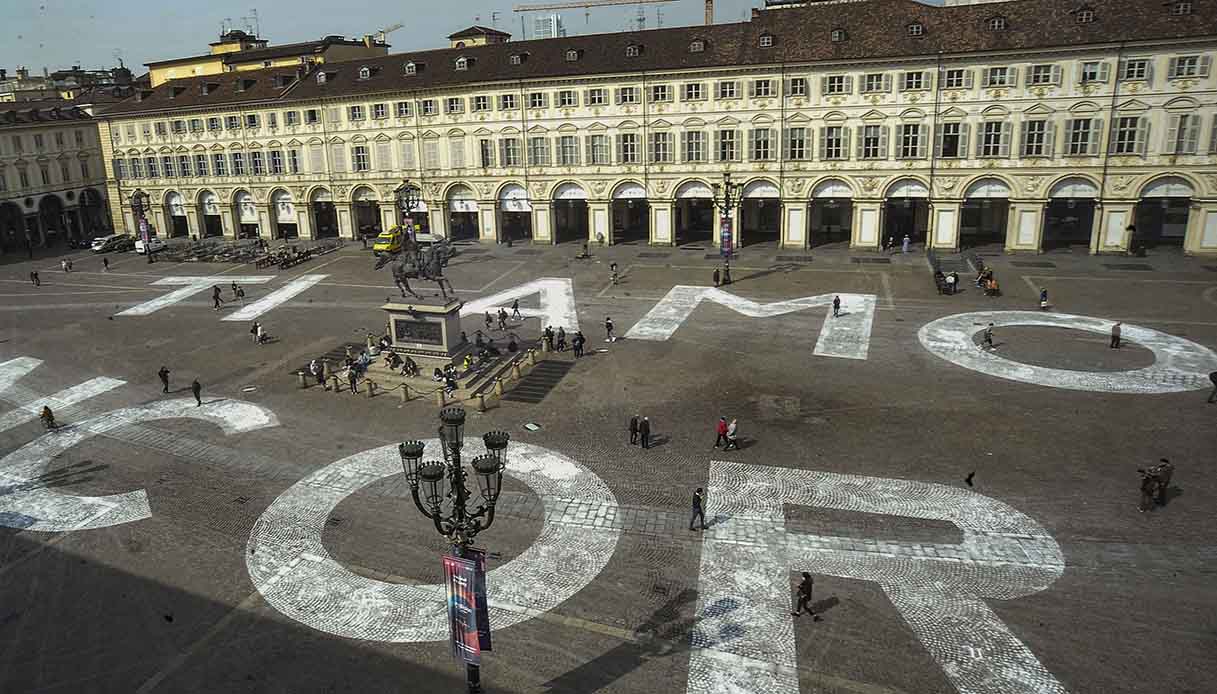 “I still love you” in Piazza San Carlo in Turin

All that remains, then, is to join the chorus. All that remains is to metabolize the message and rediscover love for the Earth: a generous mother who has never denied us anything and to whom we, on the other hand, have taken everything away. 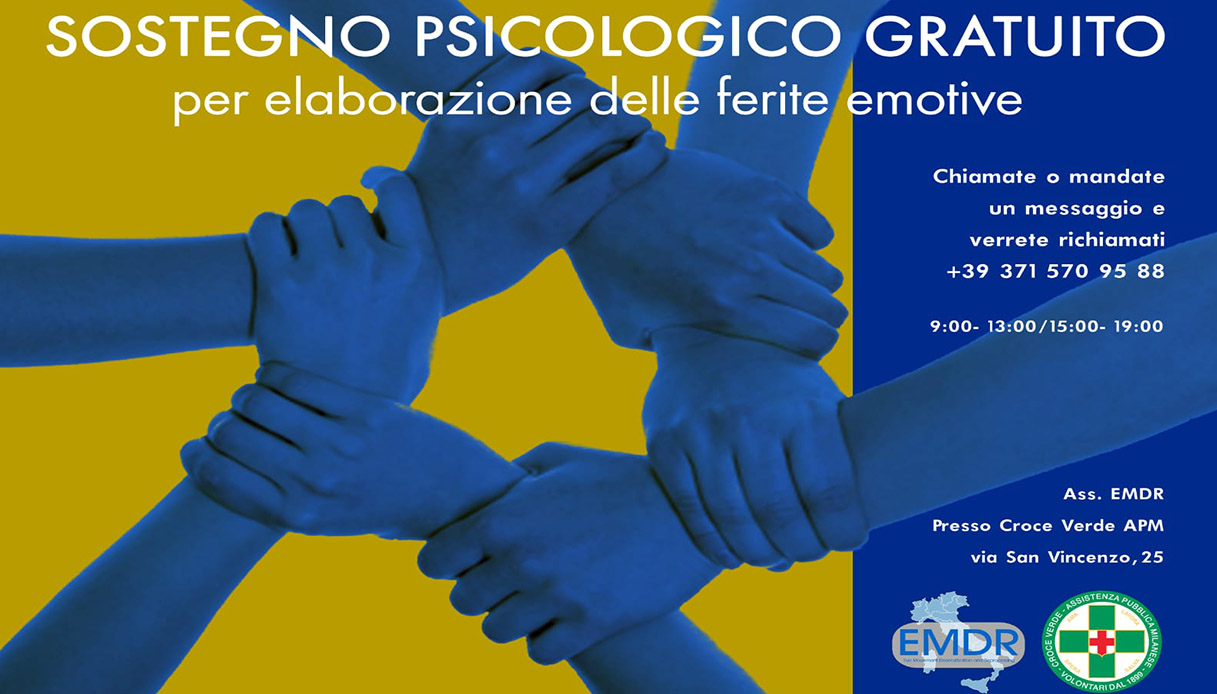