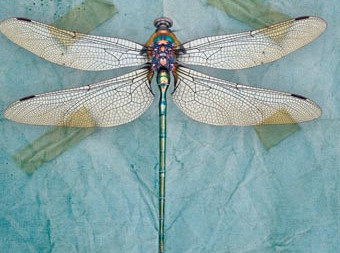 There are books that teach, books that cure and books that disturb. "Se Arianna" (Giunti) could fall into each of these categories, because it is a story of ordinary difficulties and, as such, knows how to crudely return the daily life of a differently ironic family. It is otherwise normal. Arianna's fragile existence, born too early in her thirtieth week, with an emergency cesarean, in the first hours of her life is tested by respiratory failure and cerebral hemorrhage. But, contrary to all predictions, Ariadne passes these tests and survives. With her, her parents, both neurologists, are reborn, who will measure themselves against the weaknesses, the insecurities, the decisions that follow one another in raising a brain-damaged daughter. Them, as the mother, Anna Visciani tells in a dry style, is a nucleus based on the power of the present. Against the forecasts, against the statistics despite Anna, as she herself says, is aware of the uncertainty that awaits Ariadne.

Arianna's birth has changed your plans, affected by your expectations and daily life, as always happens when a child arrives in a family. After the complications and the honor, you and your husband measured yourself against the others: doctors, nurses, friends. How much did they affect in those moments?
As we wrote "when Arianna was born there were no flowers or smiles. Just a great void and a great silence …". We had a few relatives and a few friends nearby. The others probably didn't realize the gravity of what was going on. With few exceptions, relations with doctors and nurses have also been quite formal, probably because of their uneasiness in finding two colleagues in front of them. To be able to offer understanding and solidarity to those who are experiencing a difficult situation, it would be enough to overcome the instinctive embarrassment of others' suffering.

With Arianna's birth, the time for choices has arrived. From doctors and parents. How much did you have to review your positions?
In the period following Arianna's birth, the seriousness of her situation gradually became evident. The great concern and anxiety about his state of health have been accentuated by the fact that both are medical neurologists and therefore more aware of possible future complications. In Arianna's care we have always tried to have the role of parents and not that of our daughter's doctors, while not giving up on using our skills when we have had to make important decisions for her health.

In the book, the four narrators capture aspects of Ariadne distant giving us a much more complete profile of the day that her daughter lives and lived. The center, her needs, her ability to communicate, her feelings are described by Anna, Alice, Daniele and Davide from the right distance to highlight the singularity of the relationship that is established between a mother, brothers and a father with Ari. Without denying the obstacles. Is resignation so close to such difficulties in the face of resignation?
The relationship that each member of our family has established with Arianna is particular and unique. Everyone, aware of the difficulty in interacting with Ariadne, has developed his own way of relating to her, according to his or her personality, age and feeling. Our approach towards him has naturally changed over the years, not by resignation, but by acceptance of his status, experience and greater knowledge of his ways of responding.

The path that led her and her family to this book is more articulated than what is described in the pages of her volume. This human process contributes to raising a conscious debate within civil society, emancipating it from the restricted circle of experts. What do you think, if you want to specify, Arianna is invisible?
The handicap in society is usually treated by "insiders" from different points of view (assistance, rehabilitation, inclusive, educational, medical …), but only the family sees these aspects in their entirety, always having to deal with all the problems . The book wanted to make visible and make known our different daily lives, with its difficulties and its unforeseen events, unknown to most people.

What would Arianna want to get rid of?
The choice of the image of the dragonfly with the wings fixed by pieces of adhesive tape is not accidental, given the explicit symbolism: Arianna is the dragonfly, slender and light, blocked in her hovering towards life from a disease that forces her to immobility. The tactile impression of the shiny scotch invites the reader to scratch a corner to unglue it and free the imprisoned wings. Of all the limitations due to cerebropathy, the most difficult for us to bear is her inability to speak, because it prevents us from having a verbal dialogue with her.

The authenticity of his book also lies in the joy of having Arianna, of joking with her. To laugh and smile. Although, perhaps, that sense of uncertainty about Ariadne's future constantly accompanies her.
The events told in the book, sometimes paradoxical or even tragically comic, have often been treated with irony, not to trivialize or underestimate the seriousness of the situation, but to convey the lightness that the presence of the other two youngest children required, without falling into despair or in self-pity. The ability to keep smiling has helped us all these years, although it has always been very difficult to imagine a future for Arianna and for us.

Parental leave (optional maternity leave): how it works, when to ask and everything you need to know