If you have downward eyes, this is the top technique for a 60s eye makeup 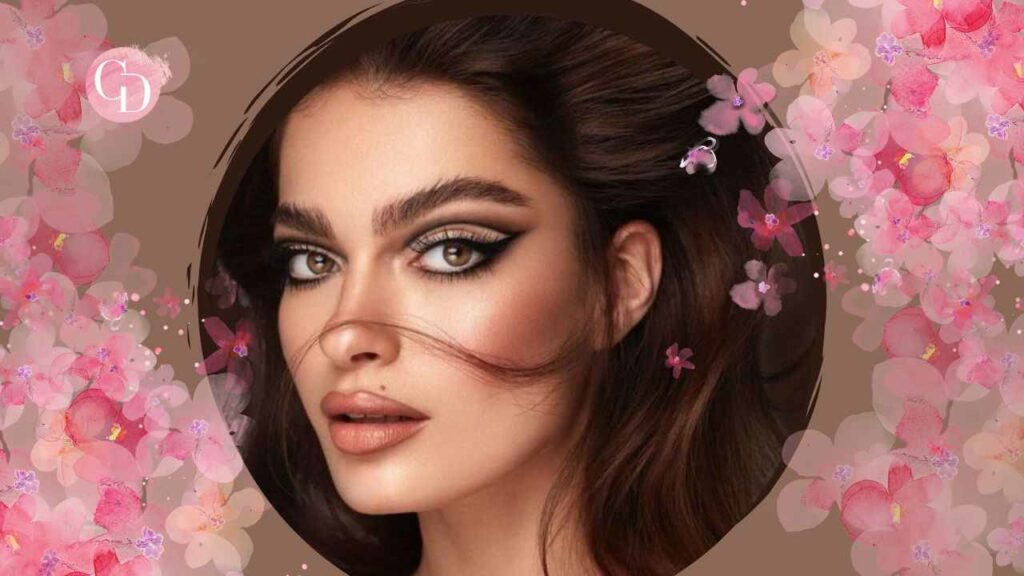 The 60’s eye make-up is back in fashion: if you have your eyes turned down you don’t have to give up this make-up!

Once immortal divas such as Mina wore it, but also Marilyn Monroe and many other movie stars. Today, girls of all ages have rediscovered it, so it’s definitely worth a try! 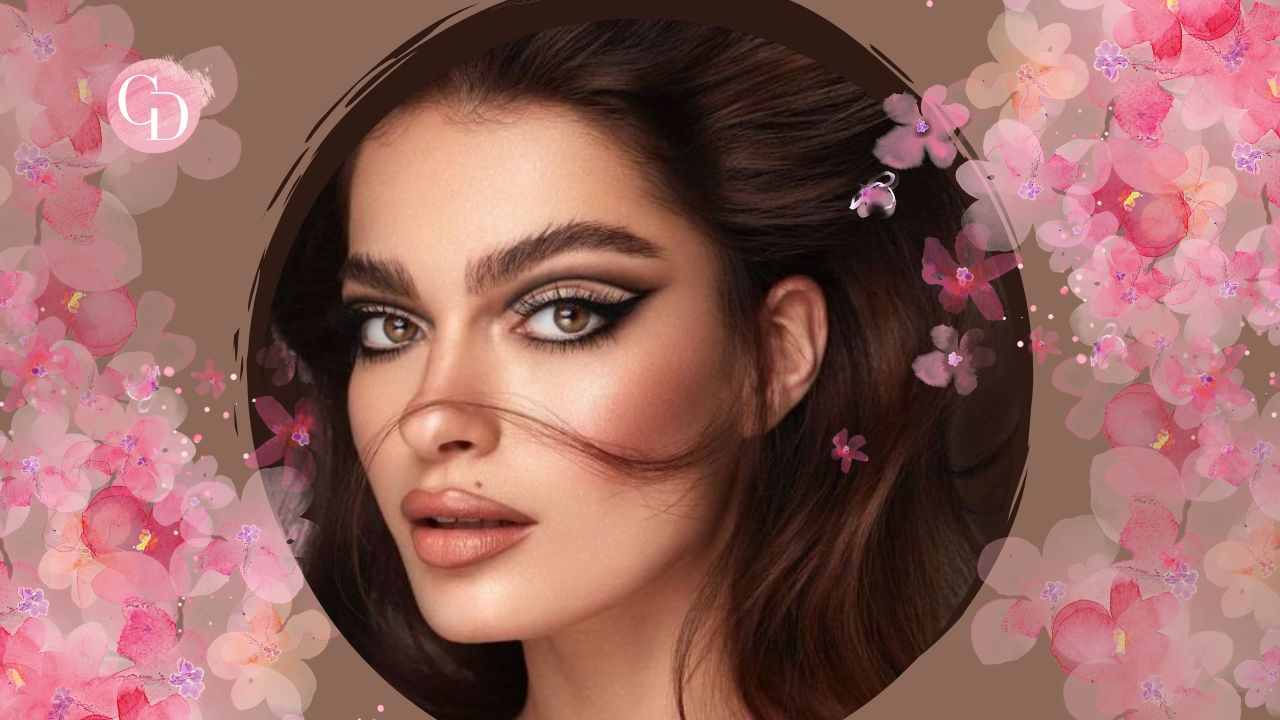 The so-called “60s make-up” is actually a eye makeup called cut crease. It is characterized by a very clear line that runs along the fold of the mobile eyelid and which is generally made with dark colors.

This type of make-up has the advantage of making it appear eyes bigger and much more expressive, because it greatly emphasizes the look thanks to the strong contrast between the colors used.

If, in fact, the line that underlines the eyelid is rather dark, the central part of the mobile eyelid is made up with very light colors such as white, peach or pink.

This trick can be considered a graphic eye makeup, that is with very straight lines, almost drawn in pen. This style is perfect for defining with great precision the shape you intend to give to the make-up.

The problem is that graphic eye makeup (which is usually done with eyeliner and eye pencil) is not easy to perform on mature eyelids, ie on the eyelids that present small wrinkles and ripples.

Furthermore accentuates the downward movement of the eyes, making them “lower” further. Is giving up this make-up the only possible choice? Absolutely no!

The 60s eye make-up for downward eyes is done like this!

The reason we focus on this make up is that is a very versatile eye make-up, also excellent in summer. In fact, it does not require the use of a lot of product and above all it is never too dark. 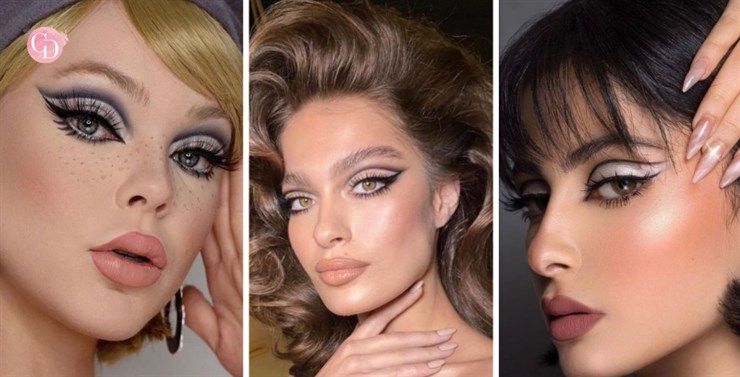 In the classic cut crease make up the dark line along the eyelid joins the lash line, that is with the classic horizontal line of eyeliner or pencil that we trace along the lashes.

In the eyes down However the outer corner of the eye is lower and lower compared to the internal one and this make-up would only increase this effect which is often considered unpleasant.

The first secret to make 60s eye makeup on downward eyes is therefore to do not join the two dark lines, leaving a few millimeters between them.

The idea is of therefore create two separate tails, as happens for the double winged eyeliner. 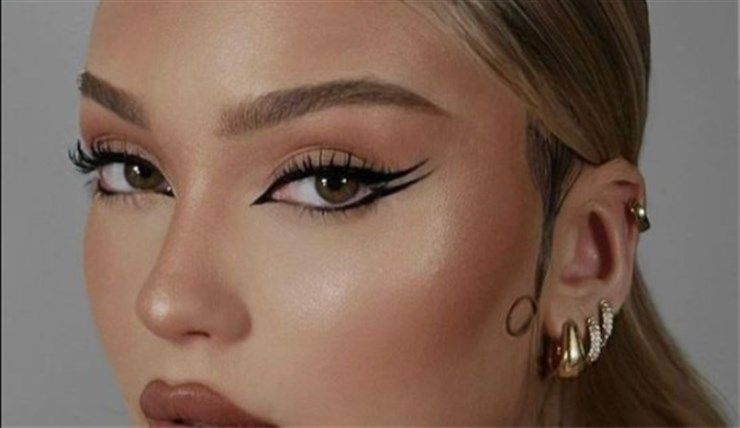 Another secret is the trace the dark black lines using eye shadows and not eyeliner or pencils.

That way it will be much easier to blend make up just enough to correct or at least hide the small imperfections of the eye shape.

To get a clean effect you will need always apply a layer of eye primer (here we explain which products to replace it with) and use different brushes for the different colors.

The ideal brushes for this make-up are the angled brushes with which eyeliner is normally applied and those straight and natural fibers to blend.

The right way to go is by using three different colors: one light, one dark and one transitional.

With the transition color (i.e. halfway between light and dark) the line along the eyelid and along the lashes.

Then yes it will fade slightly the line you just drew using the clean brush, then you will go to intensify the shadow in the outer corner of the eye (but only slightly, going upwards and not horizontally, to correct the natural “descent” of the eye shape).

Later it will apply a drop of foundation (the same used for the face base) in the center of the eyelid, to clean up any smudges of the nuance), then we will proceed to apply the light eyeshadow with a sponge applicator and not with a bristle brush, in order to obtain a much more precise and defined result. 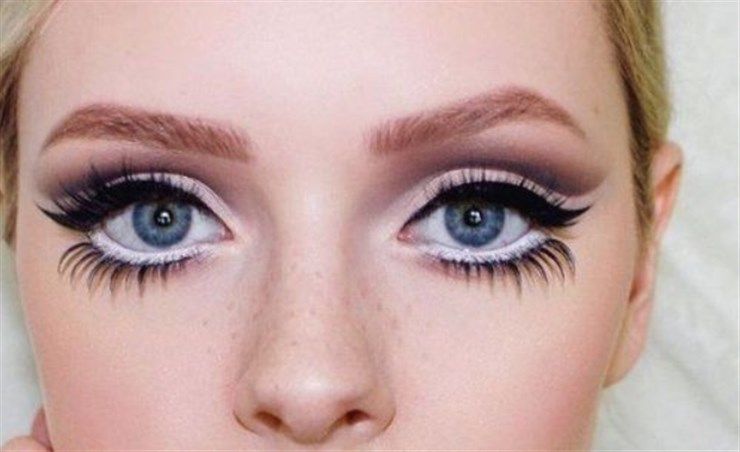 As anyone with downward eyes will know perfectly well, it is absolutely not recommended to apply color under the lower lashes, because this will tend to make the eye “drop” further downwards: exactly the effect that is intended to be avoided.