In pregnancy, the traffic light of food 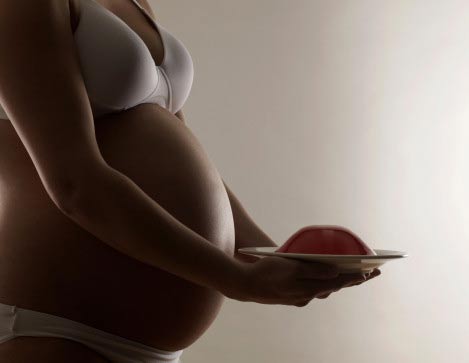 Pregnancy is an excellent opportunity to learn to eat in a healthy, correct and balanced way. In fact, there are many women who go on a diet during the 9 months of gestation, where diet means not a drastic reduction in calories, but the acquisition of habits and lifestyles that, then, remain even after childbirth .

FIRST QUARTER
In the first trimester, it may happen that the future mother, instead of gaining weight, loses weight, especially if she suffers from morning sickness. In these first three months, however, weight gain should be almost imperceptible and the belly should not appear before the 12th week (obviously, it is not a rule and there are exceptions). In addition, it is precisely the first period in which the cravings are felt more insistently, mainly due to the upheavals taking place in the body that change the perception of smells and flavors. Already from the first quarter, in any case, it is good to give up foods such as spirits, limiting the consumption of alcohol, caffeine and theine.

SECOND QUARTER
The second quarter is, from all points of view, the most peaceful one: the nausea should have almost disappeared and the desire for strange food is also lessened. The future mother should have already given up on alcohol, sausages, raw meat and should have decreased the consumption of coffee and tea throughout the day. During this period the weight increases by about 1.5 kg per month. It is good, however, to always keep the weight gain under control to avoid finding yourself weighed down in the last trimester, when the belly and fatigue of pregnancy begin to create some problems.

THIRD QUARTER
The last three months are the longest and most exhausting. In this period the future mother takes about 2 kg per month (at the end of gestation the increase should not exceed 12 kg). This is why the diet must always be kept under control, favoring fruit and vegetables (at least 5 portions a day), fish (2 portions a week) to encourage the development of the brain of the unborn child and for their own personal well-being, foods rich in iron (meat, broccoli, cabbage, legumes, eggs, wholemeal bread), protein foods (at least 60 g per day) and slow-release carbohydrates (pasta, bread, rice, cereals) that allow you to deal with tiredness and fatigue with greater energy. Yes to dairy products for the supply of calcium and vitamin A. Yes to eggs, provided they are very fresh and well cooked.