Insomnia and memory: the effects of rose perfume 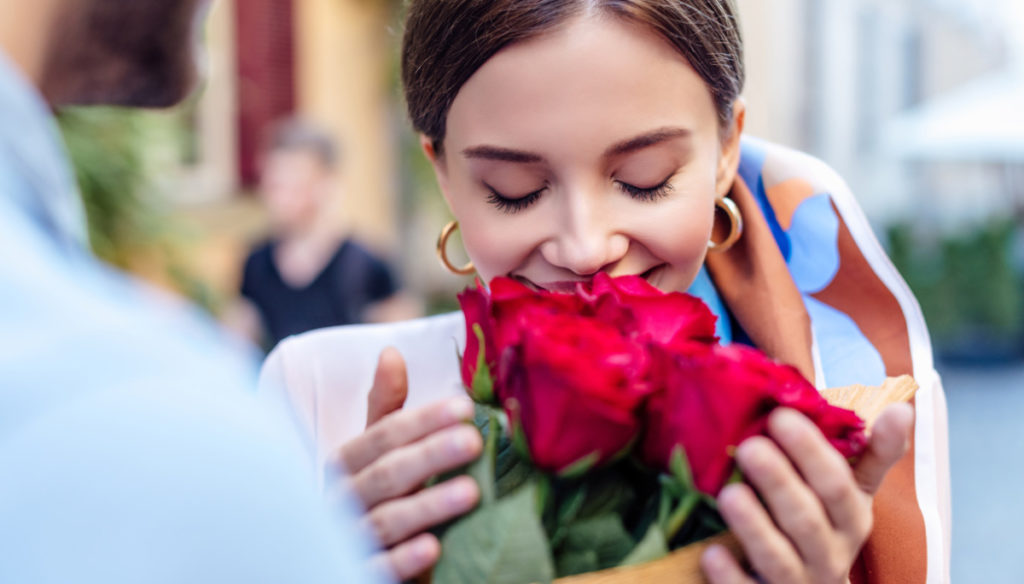 Do you feel unloaded? Do you struggle to fall asleep and to rest the right, with consequent irritability and tiredness during the day? Get a nice bouquet of roses as a present and ask your lover to fill you with flowers until it becomes an environmental constant in your bedroom and in the area where you have to "incorporate" the information and make it become memories. Probably the effects of this simple – and pleasant – measure can help you rest and remember better.

The perfume strengthens the memory

A research coordinated by Jürgen Kornmeier and Franziska Neumann of the German University of Freiburg, published in Scientific Reports, clearly reveals how the action of an aroma can be extremely important for strengthening memories and making night sleep more effective and restful, period during which takes place a real "storage" of the experiences that we want to keep in mind with the consequent "cleaning" of what is not necessary to keep in memory.

The study, which does not allow definitive conclusions to be drawn but which nevertheless presents an interesting working hypothesis, examined 54 high school students who were asked to prepare for a lesson in English terms by holding sticks that gave off rose scent nearby .

Well, the students of the third and fourth group achieved better results in the memory test of the words to be known, while in those who limited the presence of the perfume during the study and examination they had no advantage. Even the performance would have increased even up to 30 percent when the perfume spread throughout the environment during study hours and, above all, at night.

The memory consolidates at night

In practice, the research confirms an already well-structured hypothesis. The perfume can promote the maintenance of long-term memory, the one that "settles" in the brain. In fact, every day we receive an innumerable number of stimuli: first of all they "pass" through short-term memory, entering through the eyes, the sense of smell, the hearing and also the taste. But then only a small part of this is stored and becomes available in the memory even after some time.

This process occurs mainly at night, and when we rest well. Sleep facilitates the processes of learning and memory consolidation because memories seem to fix better when resting. In particular, it has been seen that during slow wave sleep, the so-called non-REM sleep, the neurons stimulated in waking during a learning process seem to reactivate and strengthen their connections, favoring the memorization processes.

Final summary: sleep is a sort of "regenerator" for nerve cells, which during the day "fill" with information such as garbage cans and therefore create new connections. With rest, the unnecessary connections that are created between the nerve cells during the day would be eliminated. Sleep, therefore, could be a valid mechanism for the brain to put its skills in order. With a beautiful bouquet of roses and their scent that spreads in the environment, sleeping better – and remembering – could be easier.

Gianluca Zompi
1549 posts
Previous Post
The top ten of the most contaminated foods
Next Post
Great expectations for the Street Food Oscar: which will be the best Italian restaurant?