Intestinal dysbiosis: what it is, symptoms and remedies 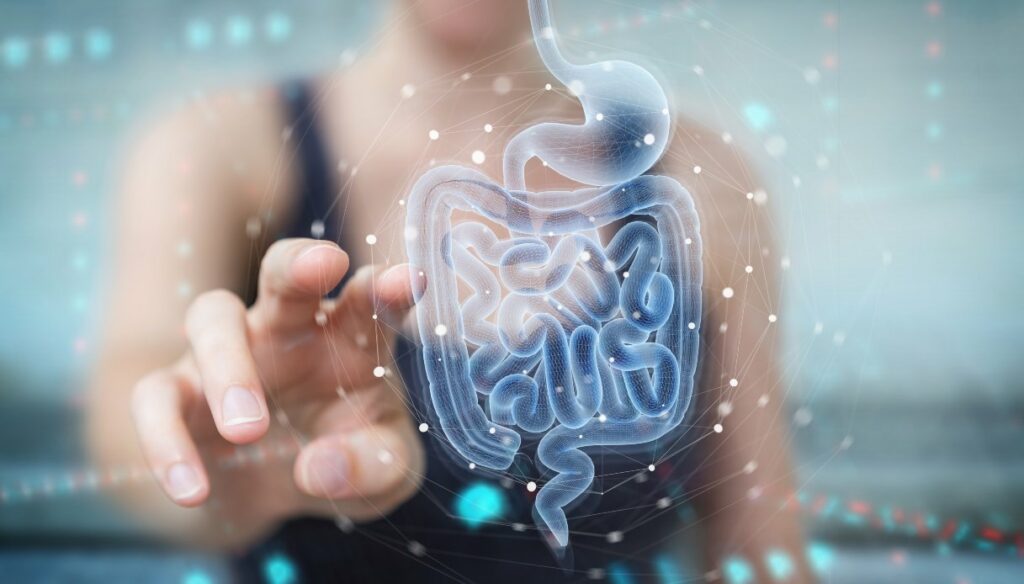 The term dysbiosis indicates the qualitative and quantitative alteration of the intestinal bacterial flora. What are the symptoms and what are the remedies?

The term dysbiosis indicates a qualitative and quantitative alteration of the bacterial flora residing in the large intestine. At the end of dysbiosis there is a contrast with that of eubiosis which indicates the correct structure of the intestinal microbial consortium. The intestinal microbiota, with its complexity and its large number of genes, is capable of profoundly influencing our state of health. It is believed that during intrauterine life our intestinal environment is completely sterile. The first contamination occurs at the moment of birth by the maternal vaginal flora. In the following years the microbiota becomes more and more complex enriching itself with the bacteria normally present in our environment, in our food, on the objects and on the people we come into contact with; but it also risks becoming impoverished due to an incorrect diet, stress, and the therapies we undergo.

In fact, we are all exposed to the risk of suffering intestinal dysbiosis due to the lifestyle, the food we eat, the therapies we undergo (see antibiotics), the environments in which we live and those in which we work. It would be nice to never feel stressed, do regular physical activity and enjoy it, eat freshly picked and unhandled food, never get sick, not have to take drugs and live and work in healthy environments. Unfortunately, these conditions rarely occur and for this reason intestinal dysbiosis is a rather frequent condition.

An intestine is healthy if it does not have anatomical and functional alterations. What is meant by functional disorder? Imagine that a patient, afflicted with severe and persistent gastrointestinal symptoms, goes to a gastroenterologist. Once the anamnesis has been collected and the physical examination done, he will prescribe a series of laboratory and instrumental investigations (lactose intolerance test, screening for celiac disease, fecal calprotectin dosage, search for occult blood in the stool, fecal culture test , colonoscopy). What is the reason for so much zeal? First of all, the presence of serious diseases such as celiac disease, IBD (Chronic Inflammatory Intestinal Diseases: Crohn’s disease and Ulcerative Colitis), microscopic colitis, colorectal cancer must be excluded. Fortunately, all these diseases are excluded… the functional disorder remains, that is, linked to the malfunction of an organ in all other apparently healthy aspects.

The functionality of the intestine is largely regulated by the resident bacterial flora. For this reason, a dysbiotic intestine cannot be defined as healthy. In the medical field it is customary to say that a healthy intestine shows no sign of itself, that is, it is silent. It is so silent that we don’t even realize we have it. On the contrary, a dysbiotic intestine is characterized by an alteration of the hive. You can suffer from constipation or, on the contrary, from diarrhea. There is a strong meteorism often accompanied by intestinal pains. If these symptoms persist in the absence of anatomical alterations, it is possible to hypothesize an intestinal dysbiosis.

The scientific literature speaks of the intestinal microbiota as an organ that must have adequate methods of analysis and dedicated therapies. The method of analysis is the colonic fecal test through which it is possible to diagnose a dysbiosis. If it is true that dysbiosis can be understood as the pathology of the microbiota organ, it is also true that a diseased microbiota organ can make its contribution to a systemic pathology. Faced with a cardiopathic patient, for example, one wonders if intestinal dysbiosis can contribute in some way to the progression of the disease. These topics are extensively covered in the scientific literature and we often hear about gut-heart axis, gut-brain axis, gut-liver axis, gut-skin axis, and we could go on like this for a little while longer. If the diseased microbiota organ contributes to systemic disease, then curing the microbiota organ can help cure the systemic disease.

Once the presence of intestinal dysbiosis has been ascertained, how can it be treated? The therapeutic approach is based on the modulation of the diet, on the prescription of prebiotics and probiotics.

Prebiotics can be considered as fertilizers for our microbes as they provide them with the right nutrients. These are mostly soluble fibers such as fructans (see inulin, lactulose, and galacto-oligosaccharides). We find them naturally in fruit and vegetables. These substances are fermented by the bacteria that inhabit the large intestine (see for example Ruminococcus gnavus) resulting in the production of short chain fatty acids (SCFA) such as acetic acid, propionic acid and butyric acid. Butyric acid represents the major energy source for colonocytes, the cells that line the colon, so much so that its deficiency is associated with mucosal atrophy.

Probiotics are the majority of bacteria that are normally found in the human intestine or in fermented foods such as yoghurt, kefir, lacto-fermented vegetables. Examples of probiotics are Bifidobacterium and Lactobacillus. By definition they are live and viable microorganisms which when administered in adequate quantities lead to a health benefit. This is why they are also called good bacteria. The use of probiotic supplements has become common practice in the case of gastroenteritis, antibiotic therapies and in the treatment of necrotizing enterocolitis in premature babies, but other possible applications are on the horizon. Today, probiotics are increasingly considered a supportive therapy in the treatment of obesity, dyslipidemia and Chronic Intestinal Diseases (IBD, Crohn’s disease and ulcerative colitis).

Gut microbiota transplantation is a rather futuristic solution. This is a procedure also carried out here in Italy, for now only at an experimental level and only for patients with Clostridium difficile intestinal infection. C. difficile is a bacterium that causes profuse diarrhea. It is one of the nosocomial infections, that is, infections contracted in a hospital setting. The bacterium is most of the time resistant to antibiotics. The affected patients are often elderly people, with an already precarious intestinal environment. The risk of facing death is high (in America 337,000 people are affected each year and of these 14,000 die). From an operational point of view, the procedure is quite simple: a healthy volunteer donates a sample of his stool. The sample is treated in order to obtain a liquid suspension that can be instilled in the upper gastrointestinal tract through a nasogastric tube (the northern route of the American authors) which can advance up to the level of the cecum or be used to prepare enemas (the southern route ). Potentially this same procedure can be adopted in the treatment of obesity, diabetes, dyslipidemia and depression and in general of all those conditions that involve our microbiota.

Scientific evidence has so far shown that the main factors that can affect the health of our microbiota are diet and lifestyle. Based on this assumption, we provide below a list of things to do to achieve the perfect microbiota: