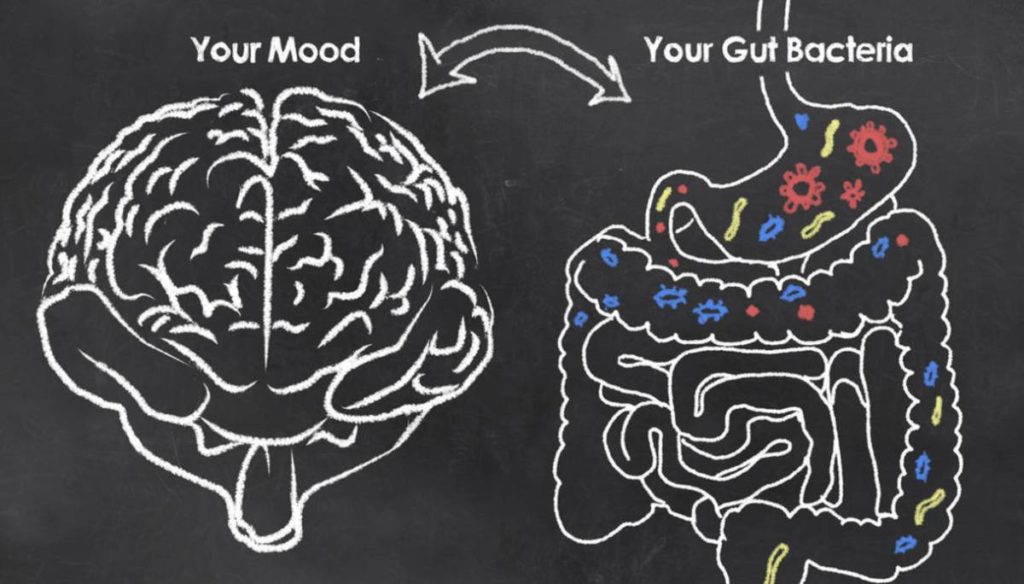 Intestinal microorganisms are so many and varied to perform various actions on the human organism as a whole. Here's how it's possible

What is the link between intestinal microorganisms and the human brain? At first glance it would seem that there is no relationship. Bacteria perform their function, while the brain is busy regulating the body's functions as a whole. However, as most scholars of human physiology and a large part of doctors know well, there is a very close connection between the work of intestinal microorganisms and the brain. Currently, in the world of science there is a theory that psychic disorders such as anxiety or depression, and neurodegenerative ones, such as multiple sclerorsi, are directly connected to the levels of the intestinal microbiota. The way in which bacteria communicate with the brain directly is linked to hormones and other chemicals that the bacteria themselves are able to release into the bloodstream or other fluids present in the human body, such as lymph.

The developments of the theory and the hope of other research in this scientific field were presented at the Congress of the European Academy of Neurology in Copenhagen. Various renowned doctors in the field of neuroscience have shown how the connection between the intestine and the brain was evident, so much so that even a medical term that did not exist before was established, namely the intestine-brain axis. During the congress, someone even went so far as to baptize the intestine as a second brain. Other experts in the neurological sector have taken up a second hypothesis from the scientific past, according to which intestinal microorganisms had a great role in the development of feelings such as courage or anxiety, but which could also act on real disorders, such as multiple sclerosis and depression. According to the words of the scientists, even insomnia is not to be forgotten.

The saying "I feel it in my stomach", in short, no longer seems just a saying to indicate the approach of an emotion and could have very solid and present scientific bases. The theory advanced at the Copenhagen Congress was confirmed by Dr. Giocanni Amodeo, head of the psychiatric clinic of the University of Siena. The doctor, who has been dealing with the intestine-brain axis for some time, explained that for several years various studies have been developing and the most disparate theories on the famous intestinal microbiota, an aggregate of all the bacteria, viruses and fungi that live, grow and reproduce in the human intestine. At the beginning it was believed that it was unlikely that all these intestinal microorganisms could influence processes outside the digestive tract. Science believed that their action was limited only and only to the range of presence, from which they could not emerge.

As the doctor himself later explained, several studies have been carried out on the most varied laboratory animals in recent years. Some of them have been grown absolutely germ-free, while others have been inserted microorganisms artificially. During the study, it was highlighted how microorganisms were able to influence the behaviors of living beings. Not only. Research has shown that the microbiota is able to act on the human or animal immune system, strengthening or weakening it. Its action on the central nervous system, following which the behavior and habits of the human being change, has yet to be explained, but it can certainly represent the basis for a revolution in the medical field and therapeutic interventions.

In particular, microorganisms are believed to be able to send signals to the brain via the vagus nerve, which directly connects the intestine to the brain. Another means that connects the brain to the belly is the immune system with its antibodies and messengers. There is, therefore, the enteric nervous system and also the system of microbial signals. However, science has not yet managed to demonstrate through laboratory practices by which way communication occurs. At the same time, we tend to specify that the role of microorganisms can be both positive and negative. The ideal situation occurs when the concentration of bacteria in the intestine is well balanced, and does not exceed the minimum, or the maximum. If, however, the composition exceeds one of the two extremes, some pathological processes may begin. In all this, it must also be remembered that the microorganisms internal to the human organism are agonists against some harmful bacteria.

Thus, when you have an intestinal infection, for example, the human microbiota helps its host to fight infectious microorganisms. Speaking of the optimal conditions, the various microorganisms of the host grow and develop together with him. In a sense, they feed on the substances that the person himself also feeds on, maintaining balance. Already today we are trying to develop this aspect of industrial medicine by inventing psychobiotics. These are living organisms that are ingested in balanced quantities and that could thus bring various benefits to the human organism. With the development of this new knowledge, hopes for new treatments for ailments and diseases that until the discovery were considered incurable will also arise.