Iron deficiency in women: how to recognize it and what to bring to the table 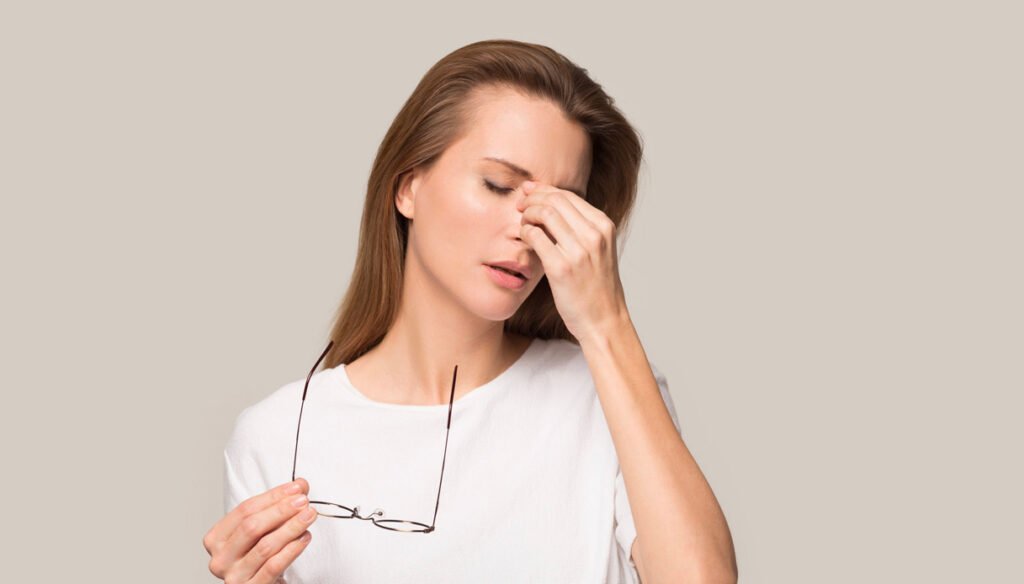 When iron is not enough, it can cause fatigue, paleness, hair loss, shortness of breath. A targeted diet can help maintain normal levels.

Iron plays a vital role in many processes, including the production of red blood cells, the effective functioning of the heart and skeletal muscles, and the prevention of infections and disease by maintaining energy levels and normal brain function.

Symptoms of the deficiency

Fatigue, headache, shortness of breath, paleness, brittle nails and hair, vulnerability to infections, irritability, poor concentration are the most common signs. However, due to the unspecific nature of the symptoms, iron deficiency is not even suspected in many cases.

Iron deficiency means you don’t have enough iron to meet your body’s needs, a condition can lead to iron deficiency anemia. This means that you are more able to produce the number of healthy red blood cells you need.

In some periods of a woman’s life she is at greater risk of iron deficiency, such as in some phases of the menstrual cycle. In fact, during menstruation, women can require up to twice as much iron in their diet as men. Tiredness at these times may seem like a normal consequence of menstruation, but if the exhaustion is extreme, and you generally don’t feel better between menstrual periods, the advice of the experts is to talk to your doctor. of trust.

The period of gestation is particularly delicate, during which the iron requirement doubles for the growth of the placenta and for the development of the brain and the immune system of the fetus. Iron is needed for all organs to work properly, but particularly when they are forming. The baby needs iron from the mother to develop in the womb, but also to store it for growth once it is born.

Signs of a possible iron deficiency include feeling listless or exhausted, being pale or feeling short of breath. But suffering from iron deficiency anemia can also cause cravings for weird things, including ice or even earth. If you feel that your cravings are becoming unusual, or if you think you have other signs of iron deficiency such as feeling faint or fatigued, you should talk to your doctor.

If severe and prolonged, martial deficit doubles the risk of premature birth and triples the risk of low birth weight. Arriving at the end of gestation with depleted iron reserves can also be dangerous for the woman, considering that post-partum haemorrhage is the first cause of mortality and serious maternal morbidity in Italy.

Even in the presence of heart failure, martial deficiency is a very serious problem because it interferes with the production of muscle energy that directly correlates with the patient’s symptoms and survival, increasing the risk of mortality by over 40%. Even in patients with chronic kidney disease, the management of the risk of anemia requires particular attention as it is associated with greater cardiovascular risk which increases with the progressive loss of renal function, and with a worsening of the quality of life.

In all these cases, timely and appropriate intervention is a fundamental objective, also in the light of the different therapeutic strategies that today make it possible to cope with the problem, depending on the level of severity and the need for supplementation. “Covid-19 has had and continues to have a significant impact on access to health services and many patients with symptoms attributable to iron deficiency have escaped diagnosis” – explains Ewa Anita Jankowska, Full Professor of Cardiology at Wroclaw Medical University, Poland. “Iron deficiency is, however, easily identifiable and treatable. For this reason, it is essential to increase knowledge about this condition which, if prolonged and not adequately managed, can also become very debilitating, inviting people to recognize the alarm bells and take action to obtain an early diagnosis and appropriate treatment “.

Eating more iron-rich foods is an easy way to increase iron levels and reduce fatigue. Generally, you can get all the iron your body needs with a healthy, balanced diet. However, sometimes the diet does not include sufficiently rich in this trace element. This is especially true for vegetarians and vegans, given that the iron that comes from plant sources, in fact, known as non-emic iron, is absorbed less by the body than that from animal sources.

However, there is a whole range of iron-rich foods that you can eat more often to help raise iron levels. Both meat foods containing hemi iron and vitamin C help absorb nonemic iron. So try to eat foods rich in iron more regularly, think about combining sources of hemi and nonemic iron in the same meal (e.g. red meat and spinach), or add a source of vitamin C (e.g. a glass of juice). orange) to increase iron intake.

Best animal sources of iron, according to USDA National Nutrient Database for Standard Reference, Release 25, include: