“Is the future a woman?”: An event dedicated to female excellence 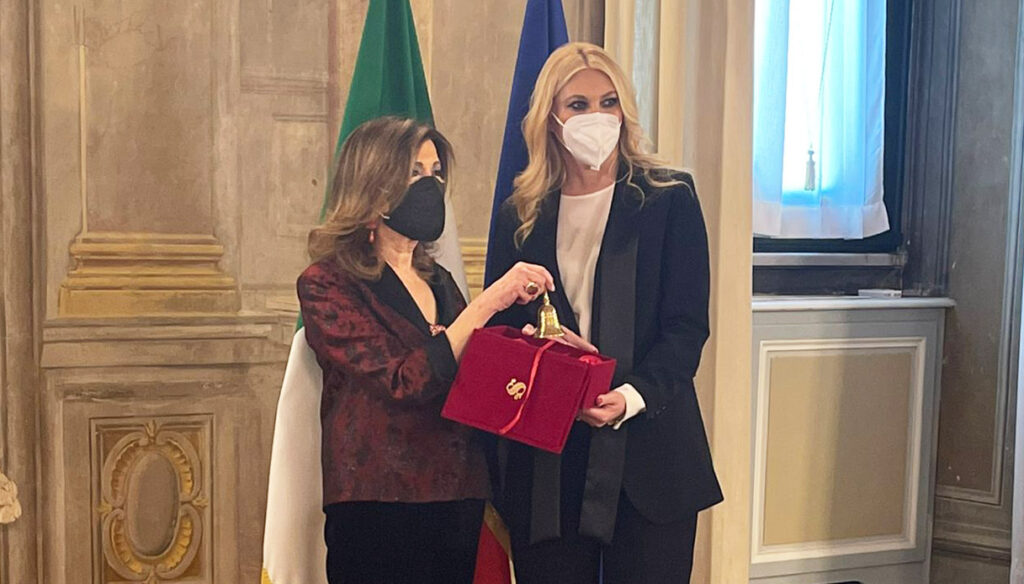 “Is the Future a woman?”: Eleonora Daniele in the Senate with the President Elisabetta Casellati. A thought to Ukraine and who is bearing the weight of the war

Women, first of all. The defense of their rights and many stories: of courage, of rebirth, of talent. “Is the Future a Woman?” kicked off by inaugurating the twentieth appointment of the Senate & Culture, the review commissioned by President Elisabetta Casellati, in collaboration with Rai 1 Cultura, who said: “I want to dedicate this appointment to all the women and families of Ukraine who are suffering. Let’s start again with women, who have borne the brunt of the pandemic and start again with a question: it is said that women are fundamental, but women’s history is still to be written ”.

An afternoon that, broadcast live on Rai 1, saw the presence of many women from TV: from Eleonora Daniele – who led the event – to Monica Maggioni (director of Tg1, currently engaged in extraordinary editions). There are many testimonies from women involved in various fields of culture, art and professions. The meeting comes on the eve of March 8, a very important date, to take stock of the relationship between women and the future

In the hemicycle of Palazzo Madama an afternoon of reflections and art: the singer-songwriter Annalisa, the actress Francesca Reggiani, the pianist Gloria Campaner performed. After the testimonies of the CNR researcher Marina Cretich and the entrepreneur Elena Pedrazzini, the actresses Margherita Mazzucco and Anna Rita Vitolo retraced the story of emancipation and redemption told in the RAI fiction “The brilliant friend”.

During the afternoon, three great journalists also arrived: Monica Maggioni, Mariarita Grieco and Giovanna Botteri who told their story. At the end, before the greetings, the choreography of the “Butterflies” with the young athletes of the Italian national team of rhythmic gymnastics. But also a tribute to peace with the famous song “Imagine” by John Lennon, a timeless piece, performed by Annalisa and the pianist Gloria Campaner. Words, more relevant than ever, that make us think about what is happening a stone’s throw from our Europe, in Ukraine.

Lorenzo Gavazzi
2577 posts
Previous Post
Michelle Hunziker bionic in costume: the background of the holiday in the Maldives
Next Post
Bruno Vespa, his brother Stefano passed away at 64. Farewell to the honest journalist
You must be logged in to post a comment.
Menu