Is the school restarting? Eyes under control to avoid vision problems 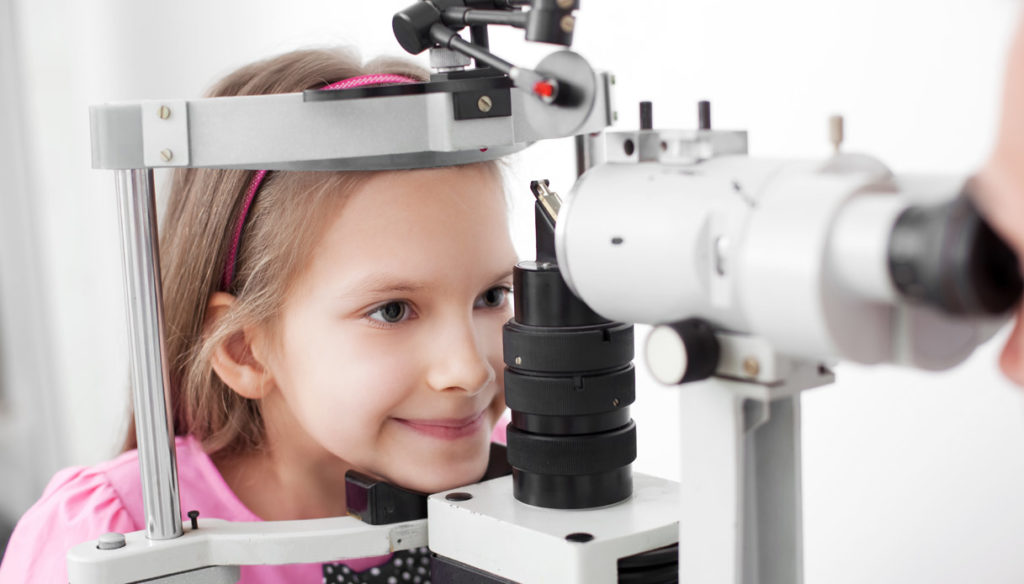 In addition to myopia, there are many potential vision problems: hyperopia, astigmatism and strabismus need to be kept under control

Burning eyes, headache, vision that seems to cloud. The little one often loses his mark while reading, or always moves his head to follow a text, "slouches" on the desk to follow the lessons. Do not think that they are just attitudes or seeking "understanding". Sometimes, behind these situations, there can be vision problems. And the ophthalmologist's control, on the advice of the pediatrician, becomes fundamental.

A world of shortsightedness?

In short, if the little one seems to be suffering at school, perhaps there is a need for an ophthalmologist check. We are heading towards a world of short-sightedness, so much so that the World Health Organization has defined the serious spread of the vision defect in the world as "an unstoppable epidemic", bringing together a group of experts to analyze the alarming data to stem the "epidemic" .

In fact, it is expected that in the next decade the number of myopic people will rise to about 2.5 billion in the world: it is a pity that high myopia increases the risk of problems such as retinal detachment, glaucoma and macular degeneration.

China and the US in particular would be the most affected by the phenomenon. A prevalence of 35 percent is estimated among all young adults in the United States with an increase of about 70 percent over the past 30 years. In the Asian population, the percentage of nearsightedness is even higher and reaches 40 percent of 9-year-old Chinese children in Singapore, up to 60 percent of adolescents aged 11 to 17 in rural China. Out of a study carried out on 4,700 children in Beijing, 80 percent were affected by myopia. Similar figures are found in Singapore and Taiwan. What is missing, according to the experts, is the possibility to look towards the horizon and for this reason in a school in Yangjiang, a special class has been created, whose walls are made of semi-transparent plastic, to let the light.

As for Italy, a large study carried out by the European Eye Epidemiology Consortium shows that in Italy too the prevalence of myopia now reaches and exceeds 30 percent. The increase seems, at least in part, to be linked to the length of the cycle of studies (therefore to the effort of reading): in fact, among people who had completed only the primary cycle, the age-standardized prevalence was 25 per cent, among those who had also attended the secondary cycle was equal to 30 per cent and finally, among those who had added higher education, such as degree courses, it was 37 per cent.

In short, the gaze fixed on the pages of a book, and now of a tablet or smartphone, can tire the eye, making it increasingly difficult to see from afar. Myopia, therefore, has been associated with education, close work, urbanization, prenatal factors, socioeconomic status, cognitive ability, birth season, light, and time spent outdoors. and also the increasingly widespread use of tablets, smartphones and other new generation gadgets.

The eye for its complexity and delicacy and for the huge amount of work it does must be treated with the utmost respect, consideration and attention. For this reason it is advisable to periodically evaluate the state of health and functioning from early childhood.

There are many potential problems: in addition to myopia, hyperopia, astigmatism and strabismus need to be kept under control. The examination, in addition to assessing whether the child sees well, should also assess whether the vision is acute both from far and near, that the details can be focused correctly and that the two eyes work well in pairs.

In fact, one of the most difficult things to discover is the so-called "lazy eye", that condition that experts call amblyopia. The phenomenon affects at least two out of a hundred children under the age of five, and is linked to the loss of vision in one eye, with the other taking over its function. If you are unable to intervene soon – the ideal would be within three years but at least it is necessary to provide for elementary school times, the problem can involve an eye functionally with reduced vision even in the absence of obvious diseases.

The treatment can be all the more effective the earlier it is implemented and preschool age is the best time. The treatment can include the use of glasses for the correction of vision defects, occlusion or penalization of one eye – in this way the lazy one can more easily recover – and a possible re-education up to a possible surgery.