Island of the Famous, all against Fariba: "Liar and destabilizing" 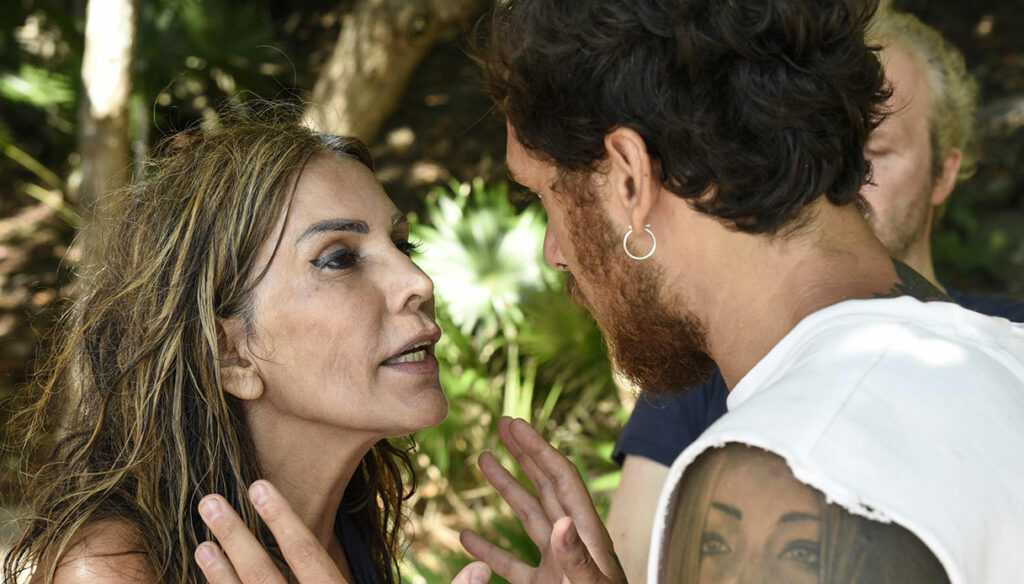 Isola dei Famosi, castaways united against Fariba, judged a liar and destabilizing. The social world, on the other hand, seems to love it

The Island of the Famous, having reached the 30 day stay of the castaways in Honduras, is beginning to feel the consequences of hunger and fatigue. It is in fact food, or rather the lack of it, the first topic of discussion within the group, to trigger yet another discussion. Which this time sees Fariba lined up, in nomination together with Valentina Persia and Roberto Ciufoli, against everyone.

On Gilles Rocca's third round of rice, Giulia Salemi's mother bursts out saying that if she had done something like that, they would have found everyone to say. In fact, it is days, especially since she was nominated, that Fariba feels attacked by the other castaways, not understood and little loved. A discussion obviously arises from her externalization, with Gilles and Valentina at the forefront accusing her of inventing things to destabilize the group. Persia herself, in the confessional, reiterates how the group needs harmony and how little Fariba works in this direction.

Shortly after, another episode sees her as the protagonist: the 58-year-old Iranian confides to Paul that they would have liked to vote for him, that they are plotting against him, but Gaiscogne gives little weight to his words and immediately afterwards Gilles and Roberto rush to deny it, calling it a liar. in Fariba.

In short, the woman was certainly better off with her Ubaldo on Playa Esperanza (at the time Parasite Island). On the other hand, it must be said, on social networks she is very popular: her calmness, kindness, her habit of never raising the tone, unlike many other castaways, is appreciated. And tonight's televoting, the ninth episode of the island, could offer great surprises …

Barbara Catucci
8457 posts
Previous Post
Isola dei Famosi, why it is delayed and how televoting changes
Next Post
Striscia, Scotti and Hunziker respond to accusations of racism on TV