Island of the famous: Eva Grimaldi argues with Ceccherini and bursts into tears 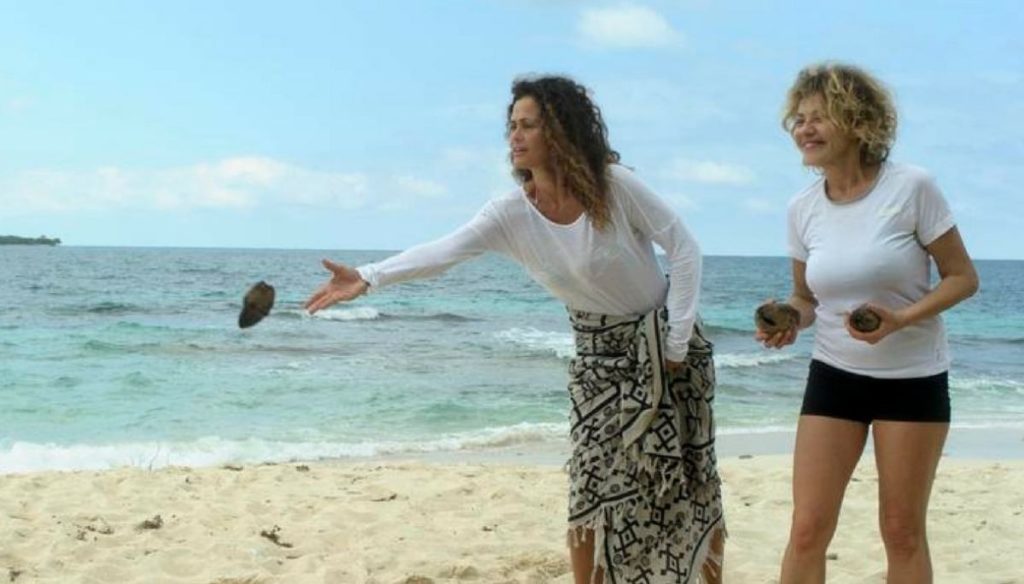 First tensions on the Isola dei Famosi, where Eva Grimaldi burst into tears after a dispute with Massimo Ceccherini. It all started when the Tuscan comedian discovered he had a spider in his shirt and started to feel sick because of his insect phobia. The friend Eva Grimaldi, who tried to calm him, came to her aid.

"But this spider is small," said Eva trying to play down, but Massimo Ceccherini did not like the irony at all. "I hate this island," he blurted out. I would like a tidal wave to overwhelm her ".

Eva Grimaldi, always smiling, tried to tone down. "Come on, a tidal wave isn't," he said, but Massimo Ceccherini didn't like his words. "Don't make me turn around," the Tuscan comedian shouted. This is a shitty island. Go and bathe and drown. Go away, I want to be alone ”.

When Grimaldi tried to react Ceccherini reacted very badly: "Go away. Get out, ”he blurted out. The actress did not take the comedian's words very well and left. Shortly afterwards Ceccherini realized he was wrong and rushed to apologize to Eva Grimaldi, joining her by the sea, where she had sat and was crying.

The actor explained to Eva that he reacted badly due to his fear of spiders and apologized. She continued to cry, stating that she was offended by being treated badly, then the two friends hugged each other and made peace. Eva Grimaldi and Massimo Ceccherini have become very close friends on the Isola dei Famosi. Both are experiencing the experience of the island with a certain impatience and have threatened to leave the program more than once. "I total war, if I remain war – said the actor -. Votes in abundance, eliminating each other and eating do not divide anything, I secretly eat the fish and give the bones. So much quarrel with you too ”.

"I won't be there because I'm leaving," she replied, turning to production. I want to give up. Enough, it's not possible. I can not stay. I want to be a confessional, I want to leave. I haven't slept, we're in the cold. I want to go away. Can I stay warm? ". Then change your mind again.

Lorenzo Gavazzi
2480 posts
Previous Post
Preventing otitis: the advice of the Italian Society of Pediatrics
Next Post
Miss Italy, who is Alessio Falsone, the beautiful boyfriend of Carolina Stramare