Isola 2021, Brando Giorgi and the accident: "I will be operated on" 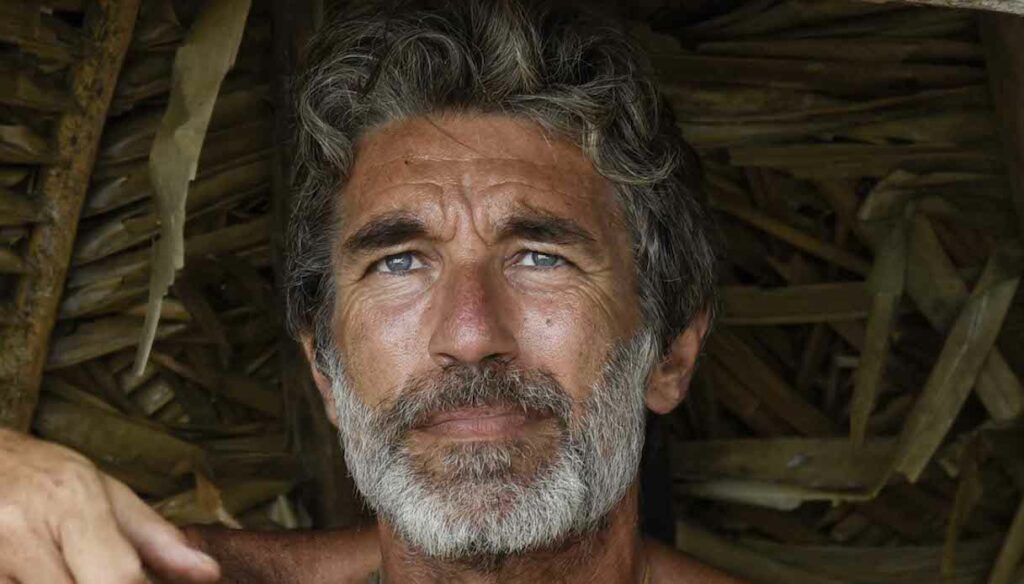 Brando Giorgi, returned home after his experience at the Isola dei Famosi 2021, talks about his eye injury

The health problem for which Brando Giorgi had to give up on the Island of the Famous 2021 was more serious than initially believed. On Instagram, the actor wanted to brief his fans by revealing the outcome of the further medical checks he underwent, which revealed the need for an urgent operation.

Brando, one of the undisputed protagonists of this edition of the Isola dei Famosi, was pursuing a really interesting path. After being eliminated just a week after the start of the reality show, he landed on Parasite Island and was later able to return to the race, without however finding the complicity of his fellow adventurers. However, in the last few days he had shown tremendous willpower and a huge desire to carry out his game, proving it in conquering the leader's necklace.

But a small eye injury put everything into question: at first, Brando Giorgi left the island to undergo some medical tests, which evidently revealed a problem that could not be underestimated. For this reason, during the episode on Thursday 15 April, Massimiliano Rosolino announced the withdrawal of the competitor. Brando had to return to Italy immediately for more in-depth examinations, which caused his fans a lot of concern.

Now, the actor has decided to reveal what happened to him, also to reassure the many who continued to fear for his health. On Instagram, in a post dedicated to him, Brando said: “Thank you all, I would have continued with great pleasure but I suffered the detachment of the retina and I am forced to return urgently. I will be operated on Saturday. I am very serene, you too be so. We think we have everything under control, but the unexpected are the real directors of our existence and must be faced with courage. The eye also wants its part ".

A lot of tranquility and a touch of irony: this is what emerges from Giorgi's words, who, however, will soon have to face an intervention to solve his eye problem. Like him, Elisa Isoardi also had to leave Honduras at the end of the last episode of the Island of the Famous 2021, due to an eye injury. In her case, it was a lapillus that hit her in the sclera, and she too has to undergo some additional medical tests. 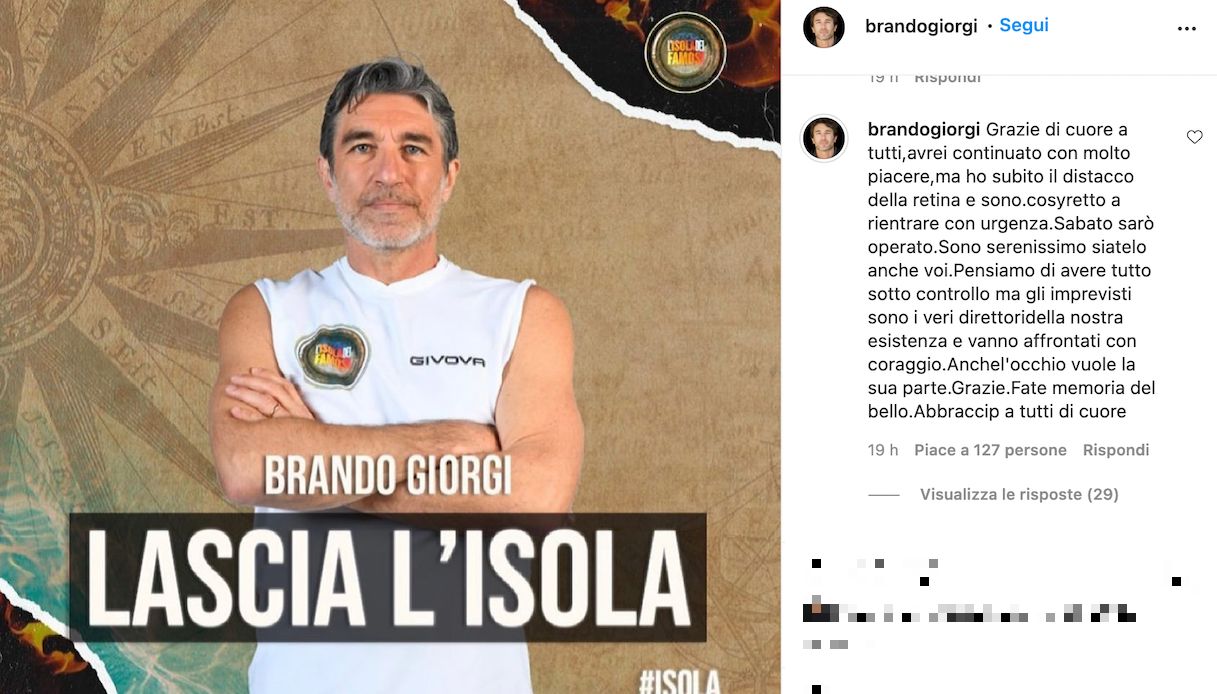 Barbara Catucci
8463 posts
Previous Post
Who are Kessy and Mely, the twins who enchanted TikTok
Next Post
Farewell to Helen McCrory, Malfoy's mom in Harry Potter