Isola 2021: Ilary Blasi gorgeous in red, a clash between Melillo and Vera Gemma 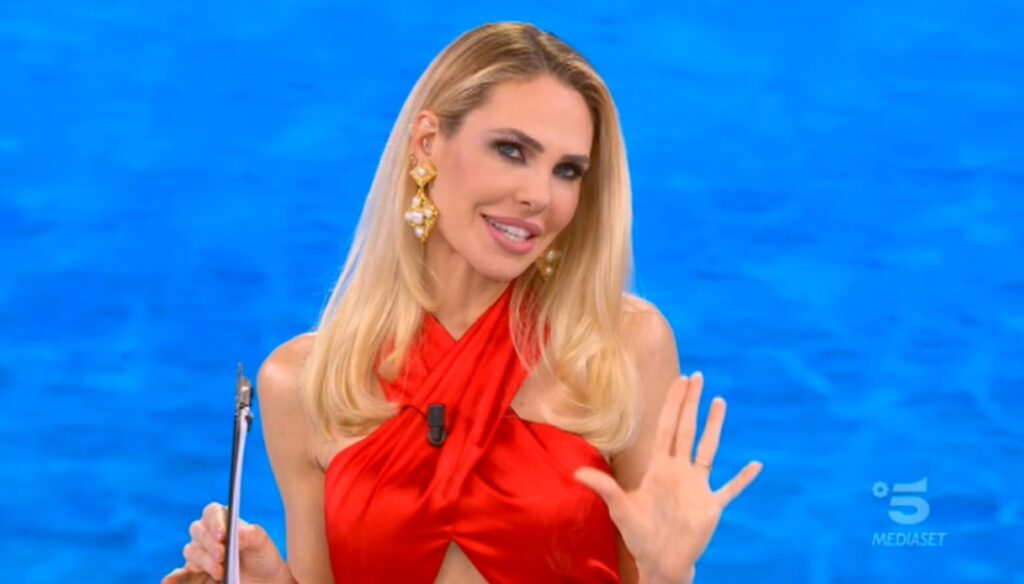 Sparkling episode on the island 2021: Ilary as beautiful as ever, the new entries and the first clashes that ignite the souls of the castaways

After the crackling start on Monday 15 March, L'Isola dei Famosi is back on the air with the second episode live on Canale 5. The hostess Ilary Blasi, ready to let the public discover the name of the first eliminated of this edition and many juicy news, however, he wanted to spend a few words and a moment of silence for the first National Day in memory of the victims of Covid 19.

“The whole studio, me in particular – said the presenter – I send a hug to those who have lost their loved ones during this epidemic. I ask you all to stand up for a moment of silence, in silence ”. A touching and dutiful moment, before getting to the heart of the reality show.

The two commentators Iva Zanicchi and Tommaso Zorzi, who already in the first episode of the Island have already earned positive comments from the public, alongside Blasi in the studio.

A few minutes were enough for Ilary Blasi to give her loyal audience the first smile of the evening with another of her proverbial gaffes. The presenter let slip “Casa” instead of “Isola”, commenting: “Isn't it that Staffelli brings me another Tapir?”.

Nice, funny and charming, Blasi has chosen a dream look for the second episode. The long blonde hair loose in a smooth and soft fold, an elegant bright red suit, with a crossed top on the bust and long trousers. Finally, gold-colored jeweled earrings embellish the outfit.

The second episode of L'Isola dei Famosi saw four new entries in Palapa with the much feared dive from the helicopter: the two burinos Valentina Persia and Beppe Braida and then the two rafinados, the beautiful Miryea Stabile, influencer and fresh winner of The Pupa and the Nerdy, and the actor Brando Giorgi.

Envoy Massimiliano Rosolino, Blasi's indispensable travel companion in this adventure, reassured the public about Roberto Ciufoli's condition, ready to return to the race after his injury. Then he refereed the new arrivals in a very fierce tug-of-war, from which the rafinados emerged as winners. Thanks to them, the team won a welcome brunch based on churros and fresh pineapple, a real mirage after three days of semi-fasting.

But it is after a summary of the experience of the two aspiring castaways Ubaldo Lanzo and Fariba Tehrani, trained by Marco Maddaloni, on Parasite Island that the Palapa became the scene of a heated confrontation, the first of this episode of the island. The discontent between Angela Melillo and Vera Gemma does not seem to have smoothed out, on the contrary, they have become magnified in these days of stay. When Blasi asked the two castaways for clarification, Vera Gemma confirmed what she had said after the nomination of the last episode.

Vera Gemma, in fact, mentioned the Melillo, stating that she found it rather irritating. On the other hand, the former showgirl replied with a phrase that left everyone speechless: "It is not pleasant to be told that you irritate a person. But then I was disappointed because there is a precedent ". Vera Gemma did not take long to reply, anticipating her partner: "I never promised you that I would not name you, I did not make this promise to anyone here". Broken promises or lies as a matter of survival? Certainly the question has not ended here and we will see some good ones.

And finally the first elimination of this edition of the reality show. The public chose to save Drusilla Gucci, the heiress of the homonymous fashion house, while Viscount Guglielmotti had to leave the island, with (very few) luggage in tow. With all due respect to Elisa Isoardi, the natural leader of the group who in the past few hours had been the object of gallant compliments and attention from the castaway noble.