Isola dei Famosi, all against Miryea: "For me it no longer exists" 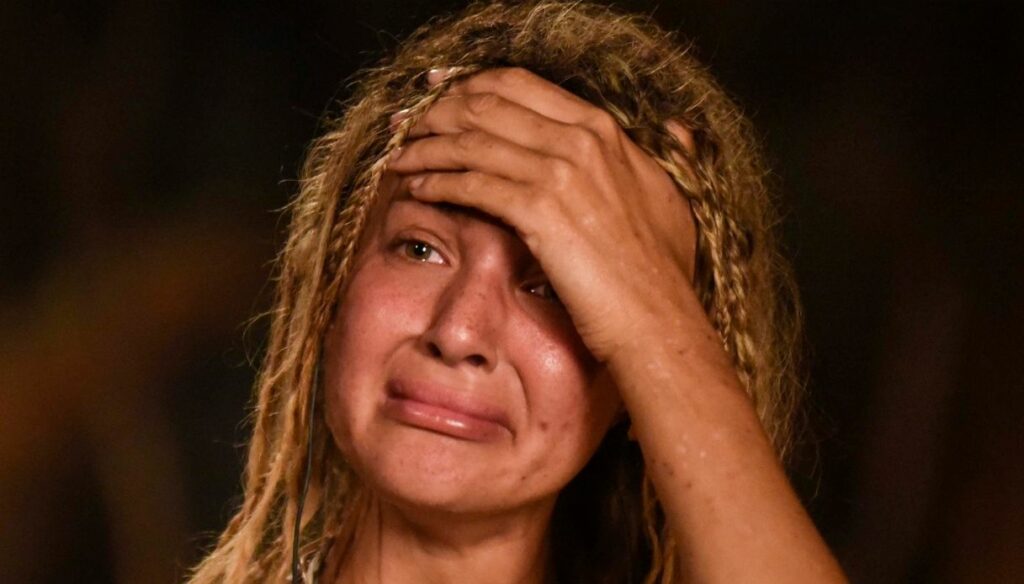 On "L'Isola dei Famosi" all against Miryea, accused of having lied in episode to Ilary Blasi

On the Island of the Famous, tension is skyrocketing and the castaways attack Miryea, accused of putting them in difficulty during the live broadcast with Ilary Blasi. In fact, during the last episode of the program Tommaso Zorzi had accused the Primitives group of having agreed to send Gilles Rocca in nomination.

While Angela Melillo had guaranteed not, Miryea had admitted that she had received a request from the director, tired and eager to go home. The girl's choice to tell what happened sparked the reaction of the group that vented against her. Back on the beach, shortly after the episode, Angela burst into tears. “But are they tears of joy?” Asked Miryea naively, triggering the reaction of the castaways.

"You made us pass for liars – Francesca Lodo attacked -, as if every time we agreed on the nominations". Valentina Persia then joined the discussion: "He made the tactic, but he made it dirty. How much it gnaws at me… ". Gilles Rocca also accused Miryea: “You are a liar, can I ask you to never speak to me again as long as I stay here, hopefully?”. Finally, the director said in the confessional: "For me Miryea no longer exists, behind her fake naivety hides a skilled strategist".

The Achievers, the other group of competitors who are convinced that there is a precise strategy behind the behavior of the others, took care of defending the girl. "Why on earth would he come up with such a phrase?" Commented Awed. While Matteo Diamante added: "The truth is clear, how can they continue to go against her?". At least for now Ignazio Moser, a newcomer to the island, has decided not to take a stand.

Miryea has a difficult story behind her, as she herself told her companions on the Island of the Famous. "I spent 18 years trusting a person and it didn't go well – she confided, disappointed after a nomination -. I always trusted my mother and then she stabbed me in the back […] Then I grew up without a dad. I don't know why these confessions are coming out of me like this. I think because I felt the nomination as a betrayal and I've been through a lot in the past. Then of course, the problems of life are others. Now I also live alone ”.

Barbara Catucci
8415 posts
Previous Post
What to watch on Netflix: the news for May 2021
Next Post
Jill Biden, the symbolic dress of US unity is a message to the whole world